Is the Internet for elites?

A new study finds some truth in a favorite GOP talking point: Much of the Web is a "playground for the affluent" 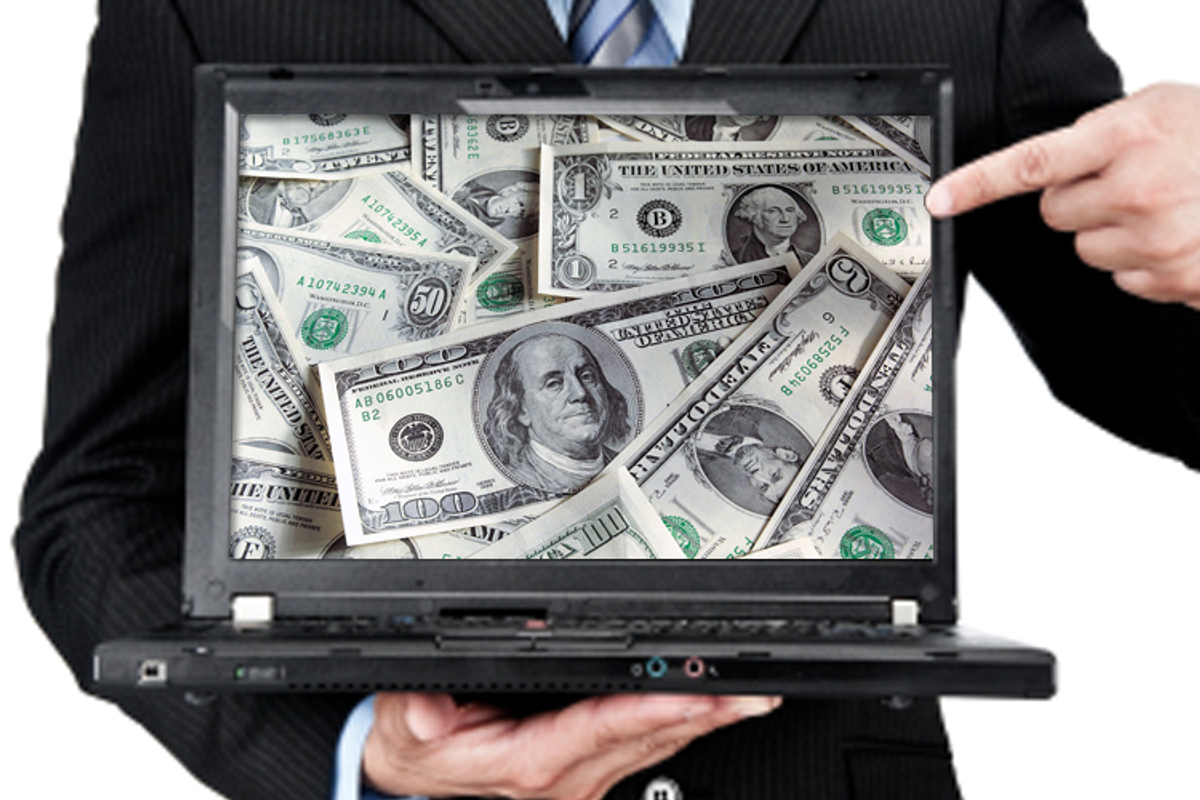 For years, the elitism card has been the most oft-used trope to denigrate Internet content. Republicans, for instance, have basically tried to portray "netroots" activists as the new limousine liberals happy to proscribe policies that they themselves have no stake in. Conservative Democrats, likewise, have painted an image of online activists as overprivileged pajamas-clad trust-funders whose sense of entitlement leads them to think they can control the nation via the ISDN line in their parents basement. Meanwhile, feeling their jobs threatened, old sea-dog reporters in the Washington press corps used all of the tropes and more, ultimately using the caricature of upstart online elitism to create their own shopworn brand of crotchety cigar-room arrogance.

A lot of this caricaturing is quite obviously unfair and inaccurate. And really, to even try to lambaste "The Internet" as some great monolith is to expose oneself as the kind of rube who genuinely believes the whole thing is a bunch of pneumatic tubes powered by magical unicorn manure, all to help the mischief-making of "those damn kids!"

That said, like all effective propaganda, the Internet Elitist effigy is rooted in a grain of truth, if you define "The Internet" as exclusively the major meme-shaping blogs, Twitterdom and social networking sites.

Spend a few days in this select corner of cyberspace, and you'll inevitably find a myopic view of what is -- and what is not -- important. Two months ago, you would have seen a space aflame (on both right and left) with speculation, prognostication and fist-clenching rage over a trivial congressman's sexts -- even as stories of far more significance to America's Silent Offline Majority were summarily ignored. Then a few weeks later, you saw that same part of the Web buzzing with vigorous back and forth volleys over the cable TV wars between Fox News and MSNBC -- and little noise about the nuclear emergency in the Nebraska heartland, and even less hubbub about the still-burgeoning healthcare crisis. And, as always, you will find this part of the Internet dominated by hyper-partisans who care little about actual results as long as their team wins in the issue-free red-versus-blue summer camp color war.

The thread in all of it is that this most vocal and influential part of the Internet seems, as compared to the larger society, disproportionately more concerned with esoteric, abstract and/or vapid political issues/debates/controversies that only the economically comfortable minority can afford to focus on. That summation may sound like a cliché unto itself, but it's true: If your primary concern is putting food on the table or getting a job or trying to stay out of medical debt, then you probably don't care which millionaire television pundit is winning the battle for ratings on channels you've likely never watched, and you almost certainly don't care which of the two parties' leaders wins a given presidential election if both parties represent the same failed policies (which, on many issues, they do).

Now, sure, you can write off this analysis of the reality of the Meme-Shaping Internet as just my opinion. But don't be so quick to write it off as anecdotal or platitudinal in light of new and stunning data released last week.

According to a recent study by Jen Schradie of the University of California at Berkeley, "the social Web is becoming more of a playground for the affluent than a digital democracy" -- a place where "the working class is underrepresented" and "their issues ignored." Here are the details:

[Schradie] analyzed data from more than 41,000 American adults surveyed between 2000 and 2008 in the Pew Internet and American Life Project. She found that college graduates are 1.5 times more likely to be bloggers than are high school graduates...

Overall, the study found, less than 10 percent of the U.S. population is participating in most online production activities, and having a college degree is a greater predictor of who will generate publicly available online content than being young and white. The results suggest that the digital divide for social media users is wider between the haves and have-nots than it is between young and old...

Schradie's latest study breaks new ground in that it tracks the relationship between socio-economic status and 10 online activities most likely to influence the public, opinion shapers and policy makers... In 17 surveys, she tracked the demographics of users, including education level, income, gender, race and ethnicity. Despite users' racial, ethnic and gender differences, all 10 online activities showed a socio-economic class divide.

Undoubtedly, the selective issue/topic/content frame of Meme-Shaping Internet (or, as Berkeley calls, it "the social web") is at least somewhat sculpted -- if not entirely defined -- by these stark demographics. This, then, explains why for all the trumped-up hullabaloo about stark cultural differences between "traditional" elite media and the online world, the two realms are increasingly similar in their issue focus -- and not necessarily for the better.

Remember, the wealthier socioeconomic groups that demographically dominate the Meme-Shaping Internet are the same groups who consume a disproportionate share of elite media (cable TV, national newspapers, Sunday talk shows, New York/Washington magazines, etc.) -- elite media that is, by definition, the chief purveyor of elite myopia in its issue/topic focus (seriously, when was the last time you heard a Sunday show debate about poverty?). Remember, too, that the lifeblood of the Internet is linking, citing, excerpting and riffing off the media sources one consumes.

Put all this together, and the cause-and-effect is clear: The most vocal and active segments of the Internet are disproportionately debating, discussing and promoting the most elite-focused and elite-themed content. The logical result is that the "social Web" seems less like a desperately needed haven of dissidence, envelope pushing and new thinking, and more like just a bigger but equally poorly produced version of "Hardball" -- a place dominated by talking points, gossip, status-quo worship and general politician star-fucking, not by what rank-and-file America is generally interested in or worried about.

Obviously, it should go without saying that there are both demographic and content exceptions to these trends. But unfortunately, the exceptions do not abrogate the undeniable trend.

The good news, of course, is that the Berkeley study shows the digital divide is at least being acknowledged and studied as a problem to be solved. Even better is the recent United Nations report arguing for the first time that Internet access should be considered a fundamental human right. If we ever embrace that notion and make access to cyberspace truly ubiquitous -- a big if -- you can bet the Meme-Shaping Internet will cease to be merely a "playground for the affluent" and start finally living up to its real potential.