Krugman: America is heading for a "lost decade" 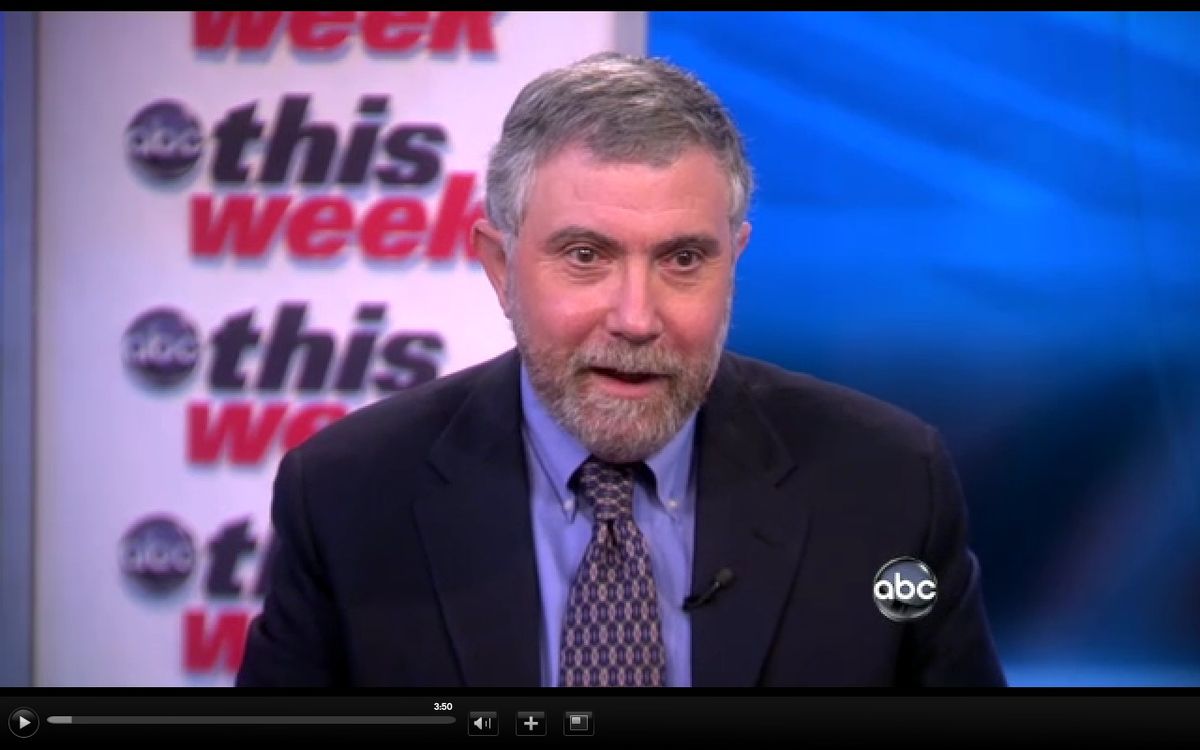 Speaking at a roundtable on ABC's "This Week" on Sunday, New York Times columnist and economist, Paul Krugman repeated his long-held position, that we should not slash spending while the economy is depressed.

"The worst thing you can do in these circumstances is slash government spending, since that will depress the economy even further," he wrote in the Times Sunday, with a sentiment echoed during his Sunday show appearance.

Before party leaders Sunday night announced a debt ceiling deal that is "all spending cuts," as House Speaker John Boehner described it, Krugman offered a grim analysis. He predicted that unemployment would rise again to nine percent again and that America will experience economic consequences comparable to Japan's "lost decade," (when an economic program of frugality hindered recovery from an asset bubble collapse in the 1990s).

Watch Krugman's appearance below, including a brief spat with conservative columnist, George Will: