Cuddling the gay away

With homosexual "conversion" in the news again, we look at the extra-weird practice of same-sex touch therapy 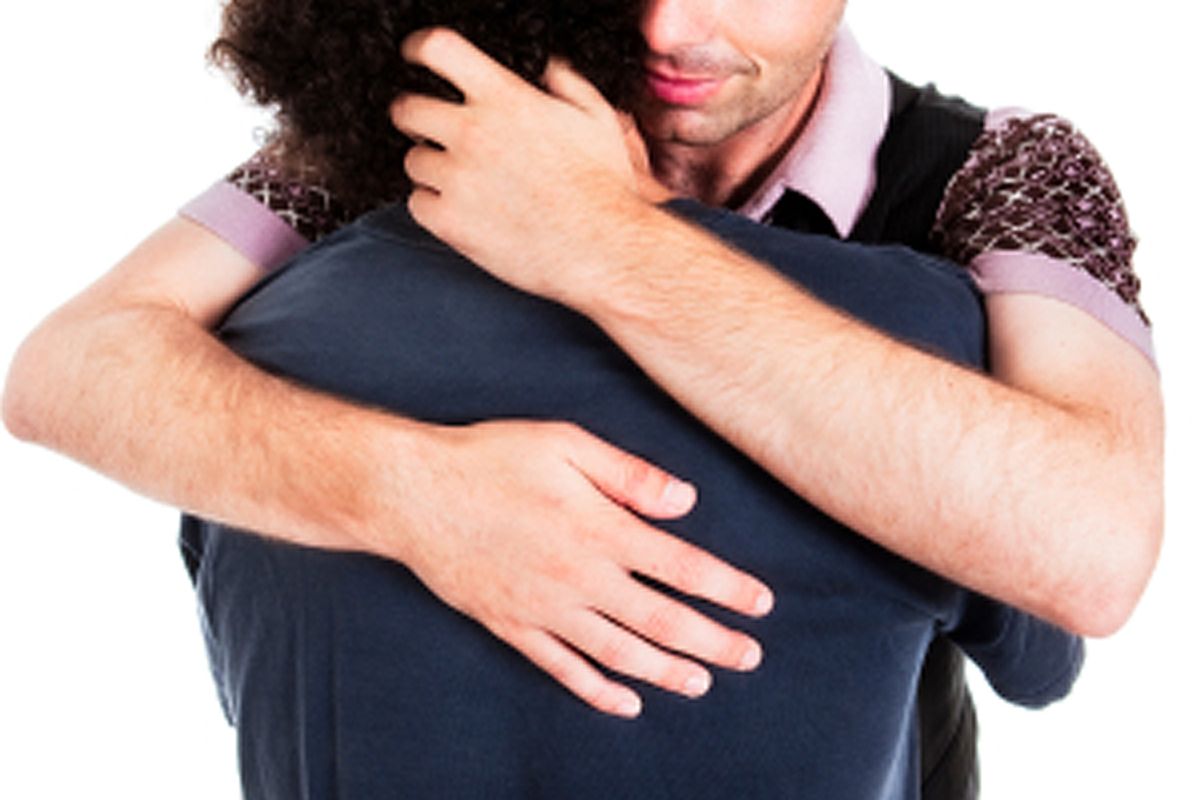 Imagine a father cradling a baby, only the baby is an adult man. Now, imagine that this man-baby is trying to cure his homosexuality and you have an accurate picture of what's known as "ex-gay" touch therapy.

This practice was brought to my attention today thanks to criticism of an NPR report on ex-gay therapy. The segment critically failed to mention that Rich Wyler, one of the ex-gay experts interviewed in the piece, claims he was cured by this hands-on therapy, as Religion Dispatches points out. (Think Progress criticizes the NPR report for also claiming that "the jury is still out" in the "debate" over attempts to "pray the gay away," when in truth it is "roundly condemned by professional medical organizations as ineffective and harmful.") This, paired with Michele Bachmann's current ex-gay controversy, makes it especially worthwhile to take a look at one of the weirder practices within the fringe movement.

The idea behind cuddle conversion is that homosexuality -- or same-sex attraction (SSA), as proponents prefer to call it -- is caused in part by a lack of fatherly love and affection. The thinking is that when boys miss out on healthy same-sex affection, they eroticize all male touch. Wyler, a "life coach" and founder of People Can Change, runs the "Journey Into Manhood" weekend retreat, which is heavy on physical contact, from wrestling to bear hugs. The more you find out about this event, the more remiss NPR seems in failing to mention it. Writer Ted Cox went undercover last year at one of these workshops and detailed his close encounters for Alternet:

I sat on the floor between the outstretched legs of a camp guide, my head leaning back against his shoulder. The guide sat behind me, his arms wrapped around my chest. This hold was called "The Motorcycle." Five men surrounded the two of us, their hands resting gently on my arms, legs and chest.

While in this position, Cox writes that he felt "the unmistakable bulge pressing through [the guide's] tight jeans." But erections are just a part of the healing process! As Richard Cohen, the progenitor of cuddle conversion, wrote in his book "Coming Out Straight," "It is natural for us to feel stimulation when we are intimate with either someone of the same or opposite sex." He also warns, "Do not become hooked on holding," because "this technique can be addictive."

Cohen, former president of Parents and Friends of Gays and Ex-Gays (PFOX), was shunned by the ex-gay movement after a series of embarrassing media appearances. In a 2007 "Daily Show" profile of Cohen, a male correspondent had what's known as "the parental position" demonstrated on him. The clip got enough negative attention that the National Association for the Research and Therapy of Homosexuals (NARTH) and even PFOX deleted all references on their websites to the cuddle evangelist. But the practice is still alive and well, as Wyler proves.

The tragic irony here is that I suspect ex-gay cuddle therapists are desperately in need of hugs and non-sexual affection -- not to make them straight but to help them love themselves.