The Arizona shooting victim insisted on voting on the debt deal, having been dismayed by recent fierce partisanship 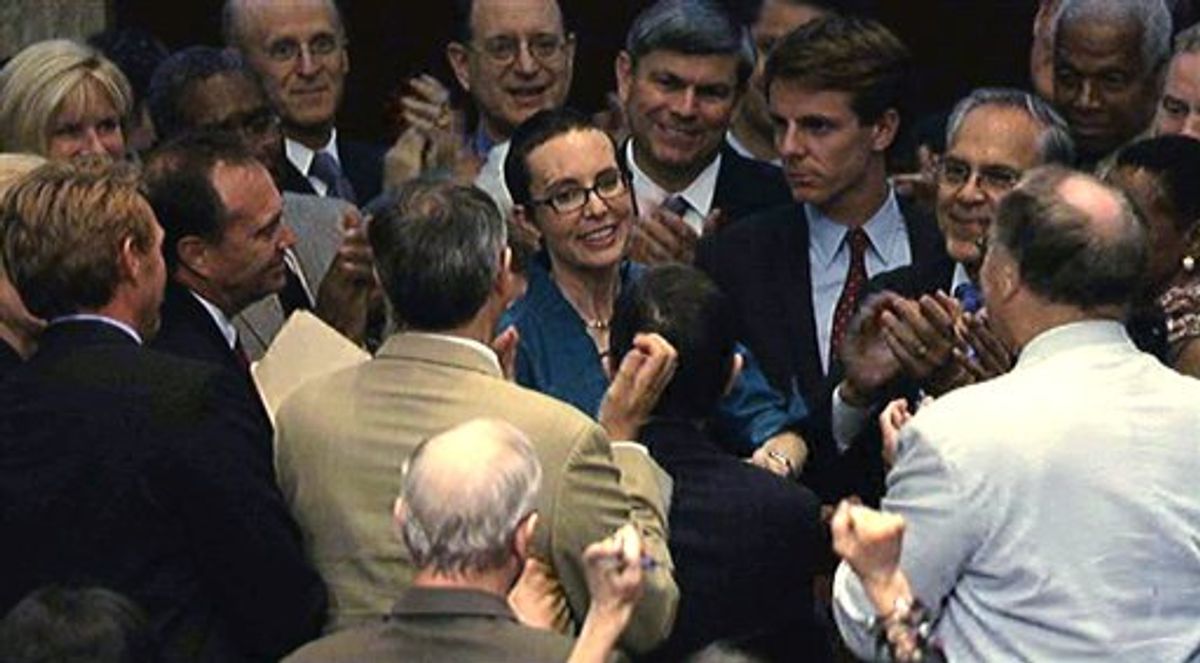 In this image from House Television, Rep. Gabrielle Giffords, D-Ariz., center, appears on the floor of the House of Representatives Monday, Aug. 1, 2011, in Washington. Giffords was on the floor for the first time since her shooting earlier this year, attending a vote on the debt standoff compromise. (AP Photo/House Television) (AP)
--

Arizona Rep. Gabrielle Giffords sent out a powerful message Monday in choosing the vote on the debt deal to mark her return to the House of Representatives for the first time since being shot in the head last January.

Both Democrats and Republicans jumped to their feet to welcome the congresswoman with a standing ovation. Although still recovering, Giffords says she felt compelled to return and vote "yes" on the debt deal (which passed the House with 269 votes).

In an official statement, Giffords emphasized the importance of the vote, while criticizing the partisan rancor that reaching a debt deal at all has involved:

"I have closely followed the debate over our debt ceiling and have been deeply disappointed at what's going on in Washington. I strongly believe that crossing the aisle for the good of the American people is more important than party politics," she said.

These sentiments seem especially potent from Giffords, as it was her shooting that prompted Congress members to speak out against fierce partisanship -- a message Giffords realized needed refreshing in the light of budget talks.