The Senate puts on its debt ceiling happy face

Congress has officially raised the debt limit. Now, can we please pay attention to the sinking economy? 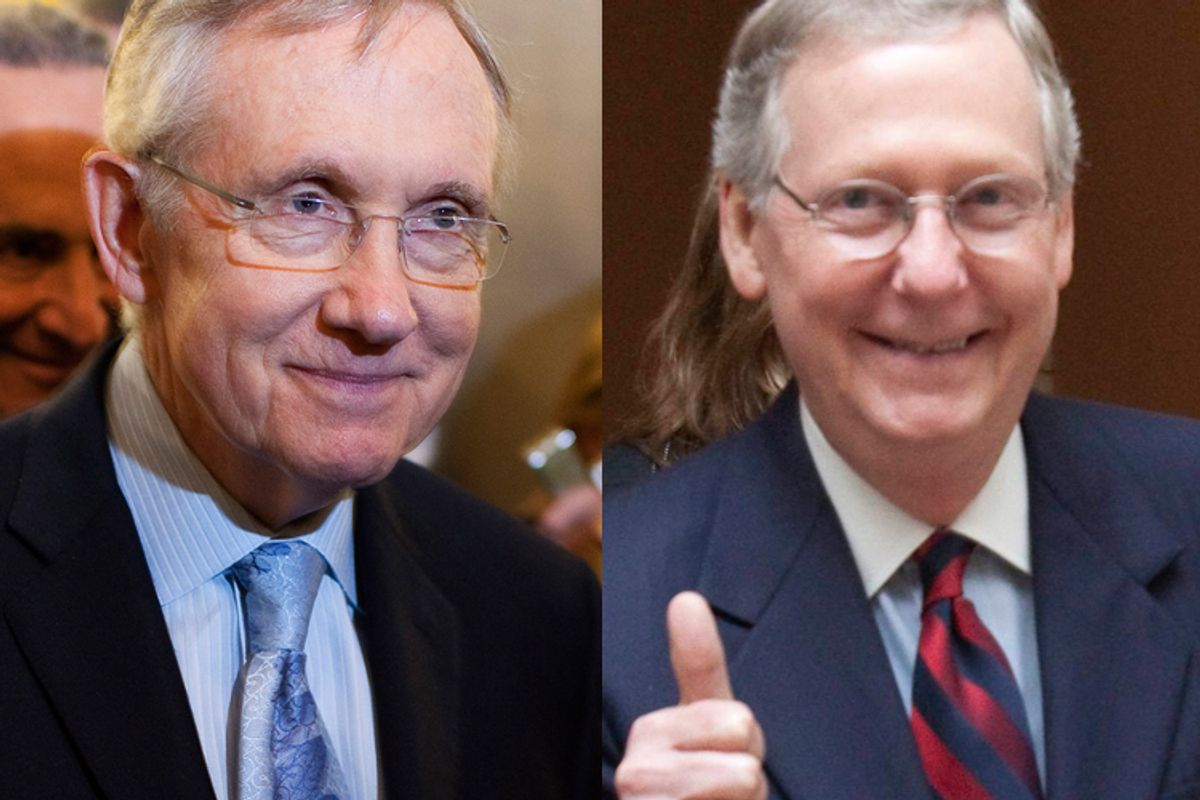 Shortly after noon ET on Tuesday, the U.S. Senate voted, 74-26, to raise the debt ceiling. A great sense of anticlimax hung over the proceedings. The result was a foregone conclusion. We've known since Sunday that congressional leaders had agreed to a deal. Only a major revolt by both progressive Democrats and conservative Republicans in the House could have derailed this train, and the nation escaped that unseemly scenario on Monday. All that is necessary now is a signature from the president, and then we can turn our attention to other matters.

But even worse than the suffocating anticlimax was the feeling of dangerous pointlessness. Because even as congressional leaders and the president, amid their endless torrents of mutual recrimination, devoted countless hours in recent weeks to crafting a deficit reduction plan, economic conditions in the U.S. have been steadily deteriorating. We haven't had any surprises on the debt ceiling front since Sunday, but we have learned a couple of new things about the economy.

On Monday, an index of manufacturing activity delivered its worst performance in two years. On Tuesday, the Commerce Department reported that consumer spending fell for the first time in 20 months.

Both releases followed a Friday report from the Bureau of Economic Analysis that pegged GDP growth for the second quarter at a very low 1.3 percent.

There is nothing in the debt ceiling bill that addresses the nation's current economic struggles. There's even a reasonable chance that the debt ceiling agreement's impact on the economy will increase future deficits. There's no better cure for expanding deficits than a growing economy, but the opposite is equally true. Because if the spending cuts mandated by the deal further weaken overall demand, and the economy slips back into recession, tax revenues will start to fall again.

House Minority Leader Nancy Pelosi announced on Tuesday that she would hold a press conference at 1 p.m. to talk about job creation, and just before the Senate vote Majority Leader Harry Reid made similar remarks about how it was now time to focus on employment issues. But the prospects for real action are slim. Both the Senate and the House are preparing for extended August recesses -- the House won't be back in session until Sept. 7.

Our government, having spent the last month ignoring a crumbling economy, will now go on vacation. Not long after the Senate finished voting, the Dow Jones Industrial Average sank to its lowest point of the day, down 149 points from the opening bell. It's not hard to understand why.