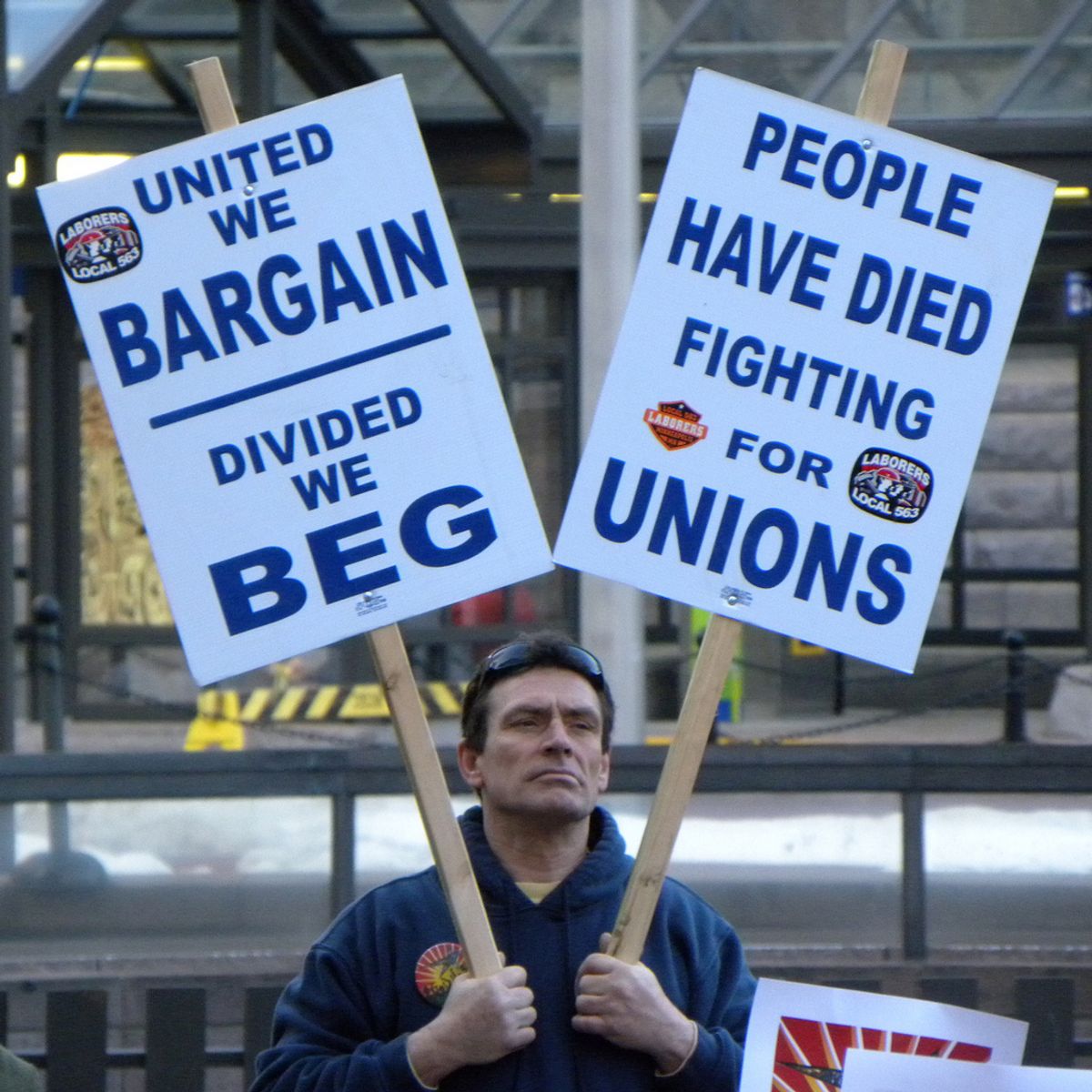 The reasons why some people earn considerably more than others are perennially debated. More often than not, education level is seen as the factor which most determines earning capacity (and, of course, the different levels of privilege that provide some people better educational opportunities than others). A new study published in the American Sociological Review, however, claims we are missing a factor key to explaining growing wage inequality: the decline of unions.

"Our study underscores the role of unions as an equalizing force in the labor market," wrote Western.

According to the report, which focuses on full-time, private sector workers, deunionization ("the decline in the percentage of the labor force that is unionized") and educational stratification each explain about 33 percent of the rise in wage inequality among men. Among women, deunionization explains about 20 percent of the increase in wage inequality, whereas education explains more than 40 percent. (Deunionization among men has been greater in recent decades than among women, explaining the discrepancies).

It is nothing new to suggest that without the threat of union backlash, employers feel freer to lower wages; nor does the study break ground in arguing that a decline in Washington lobby representation for unions has stripped their ability to fight for better benefits and wage levels. However, as Mother Jones notes, the report offers "a rigorous regression analysis of census data, showing empirically what many pundits have long suspected."

President Barack Obama, by meeting with the AFL-CIO Executive Committee at the White House Tuesday to discuss economic growth, is at least gesturing that he sees labor unions playing an important role in improving the economy. However, the gradual stripping of union power since the 1970s, which has reached an apex recently in Wisconsin, illustrates that unions have lost much of their potency as an "equalizing force."