The conservative pundit says he intended no slur, but his history suggests otherwise 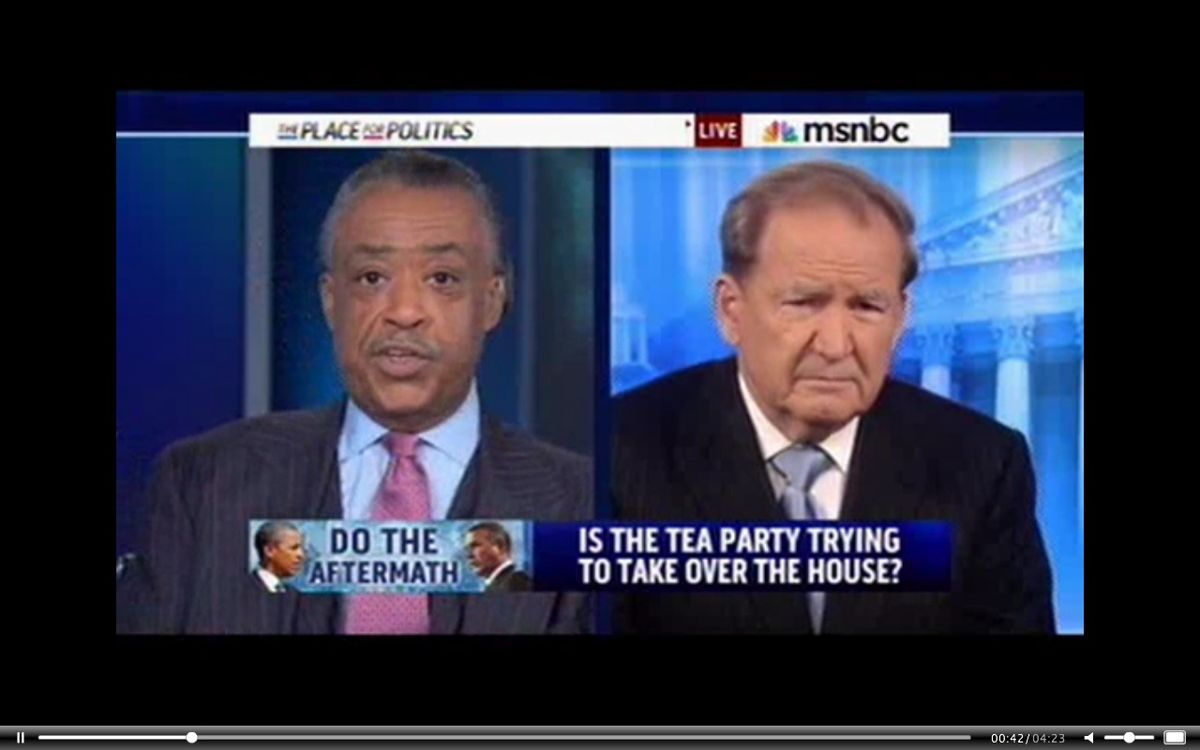 On MSNBC Tuesday night, Pat Buchanan called President Obama "your boy" when speaking to Rev. Al Sharpton, who has been hosting the 6pm hour on the network. He said that Sharpton's "boy" Obama got "whipped" by Senate Republican leader Mitch McConnell.

"My what?... My President, Barack Obama? What did you say?" Sharpton retorted in disbelief. Buchanan attempted to cover his tracks by saying he was using boxing terminology, meaning "your boy in the ring," but Sharpton shot back "he's nobody's boy -- he's your president." Watch the interchange here, via Mediaite:

Appearing on "Morning Joe" Wednesday, Buchanan once again tried to defend his comments: "Some folks took what I said as some kind of a slur. None was meant, none was intended, none was delivered."

But this may be hard to believe, given Buchanan's history of barely concealed racism. When President Obama picked Judge Sonia Sotomayor for the Supreme Court, for example, Buchanan delivered numerous race-based diatribes about how her nomination threatened the advancement of white men (Media Matters even made a mash-up video of his comments:)

And in 2008, during the presidential race, Buchanan wrote an opinion piece called "A Brief for Whitey," which included a thinly veiled defense of slavery:

"First, America has been the best country on earth for black folks. It was here that 600,000 black people, brought from Africa in slave ships, grew into a community of 40 million, were introduced to Christian salvation, and reached the greatest levels of freedom and prosperity blacks have ever known."

No one should use racially-loaded terms to refer to the president. Pat Buchanan, especially, should not get away with it.