Perry prayerfest shaping up to be a flop 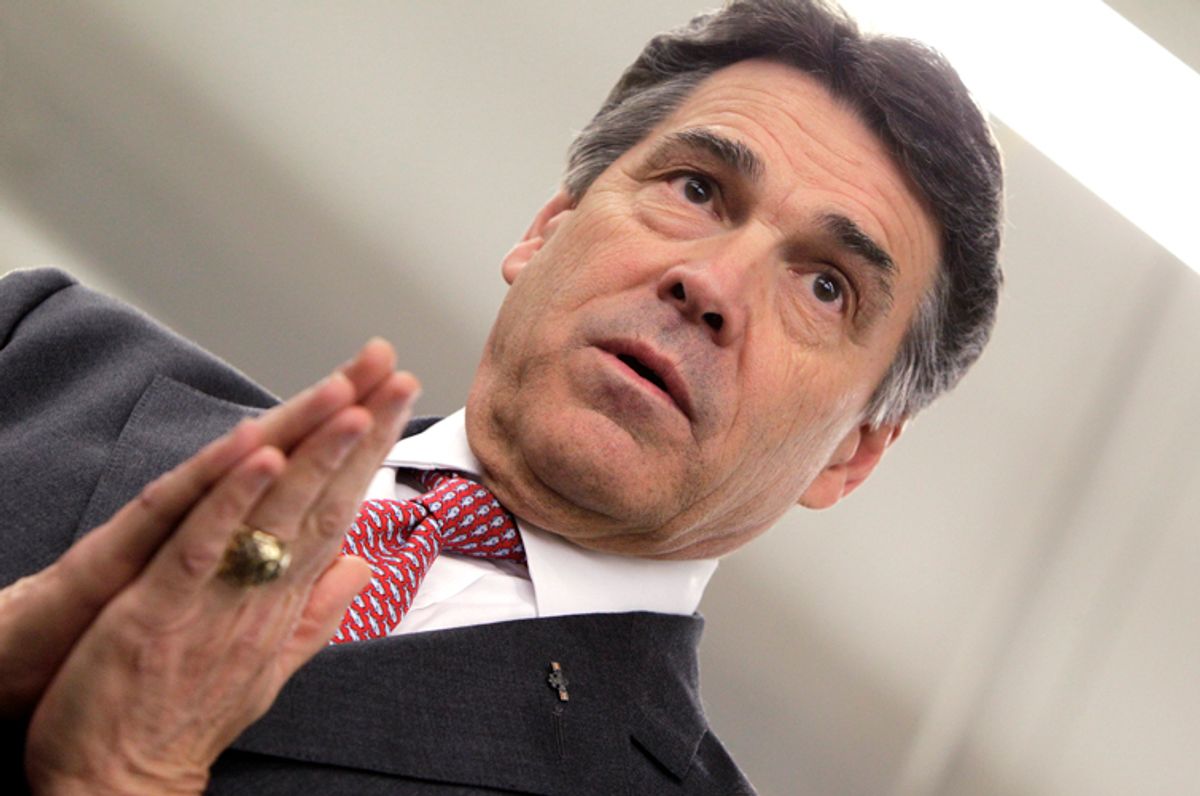 Texas Gov. Rick Perry's big prayerfest -- the Jesus-centric event that has attracted support from a range of extremist pastors -- is scheduled for this Saturday at Reliant Stadium in Houston.

But the AP checks in on The Response event and finds that, if preregistrations are a guide, it's shaping up to be a potentially embarrassing flop:

But with only 8,000 RSVPs for a stadium that seats 71,500 people, virtually no politicians planning to attend, and a slate of organizers who hold out-of-mainstream views on religious freedom, gay rights and even Adolf Hitler, the event has become a potentially risky gamble if Perry is serious about running for the White House.

Perry invited every governor in America to the event, but the only one to publicly commit to attending, Sam Brownback of Kansas, now seems to be waffling.

It's worth noting that evangelical heavy-hitters including Focus on the Family founder James Dobson and the Family Research Council's Tony Perkins have said they will appear at The Response, so it's possible they will be able to bus in some attendees and avert a disaster for Perry. Stay tuned ...