"It takes balls to execute an innocent man" 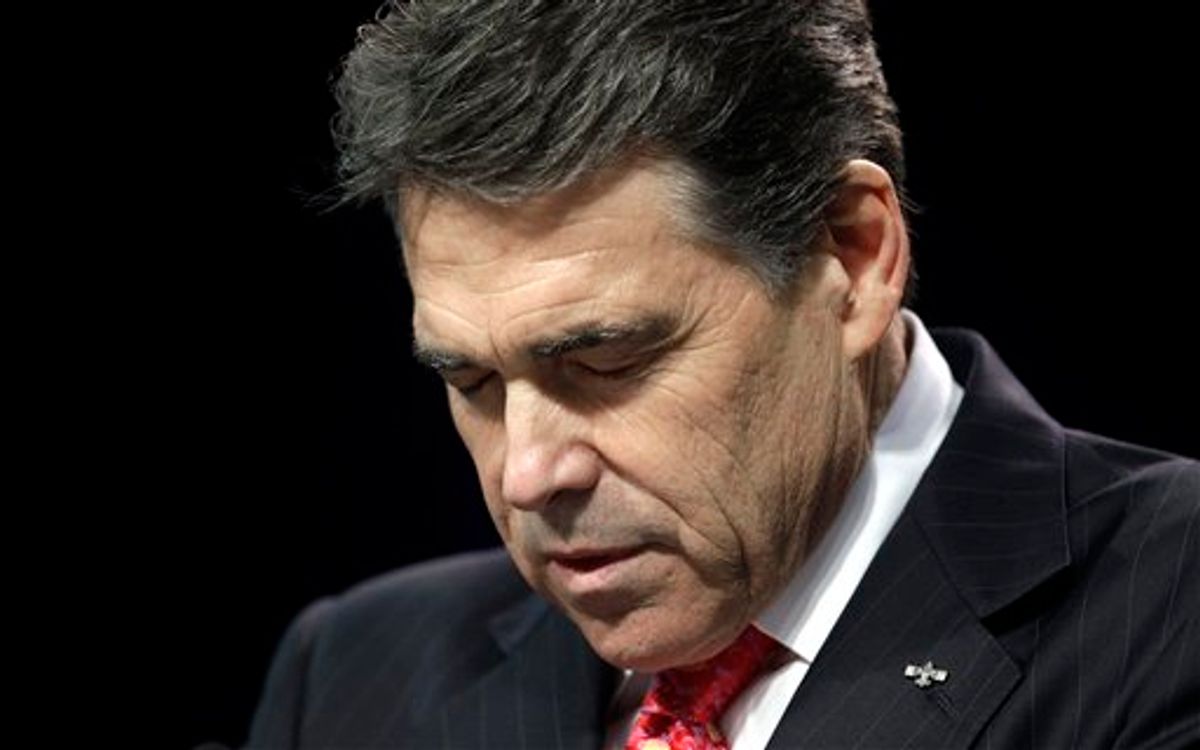 Here's a telling glimpse into the worldview of the Republican base, at least in Texas.

Regular readers will remember the case of Cameron Todd Willingham, a convicted arsonist who was executed on Gov. Rick Perry's watch several years ago despite a last-minute request for a stay and strong doubts about the case by scientific experts. (Full background here.)

It turns out that Sen. Kay Bailey Hutchison, who unsuccessfully challenged Perry in the 2010 GOP gubernatorial primary, explored Perry's potential vulnerability on the issue, Politico reports. But when the Hutchison campaign asked a focus group about Willingham, it received this startling response:

Multiple former Hutchison advisers recalled asking a focus group about the charge that Perry may have presided over the execution of an innocent man – Cameron Todd Willingham – and got this response from a primary voter: "It takes balls to execute an innocent man."

Hutchison did at least once try to attack Perry on the issue, blasting his 2009 decision to shake up a state commission investigating possible abuses by investigators in the case. She accused him of "trying to ramrod a covering-up." (It's not clear whether this was before or after the focus group.)

In response, Perry's campaign was hardly apologetic. His spokesman emailed a reporter that, if Perry’s rivals "oppose the death penalty for someone who murdered his three children, beat his wife while she was pregnant with twins in an effort to force an abortion, repeatedly changed his story, who confessed and whose last words were an obscenity laced tirade aimed at his ex wife, and whose conviction was upheld numerous times over the course of more than a decade, including nine times by federal courts then they should just say so."

Perry went on to cruise to a 20-point victory in the primary and an easy win in the general election.

There's no evidence criticism of Perry over the Willingham case got any traction. But that focus group quote leaves one wondering, did the controversy actually help him in the GOP primary? If Perry jumps into the presidential contest, don't expect his primary rivals to bring up this old case ...