With the debt deal done, Obama wants to focus on jobs. Can you hear the sound of House Republicans laughing? 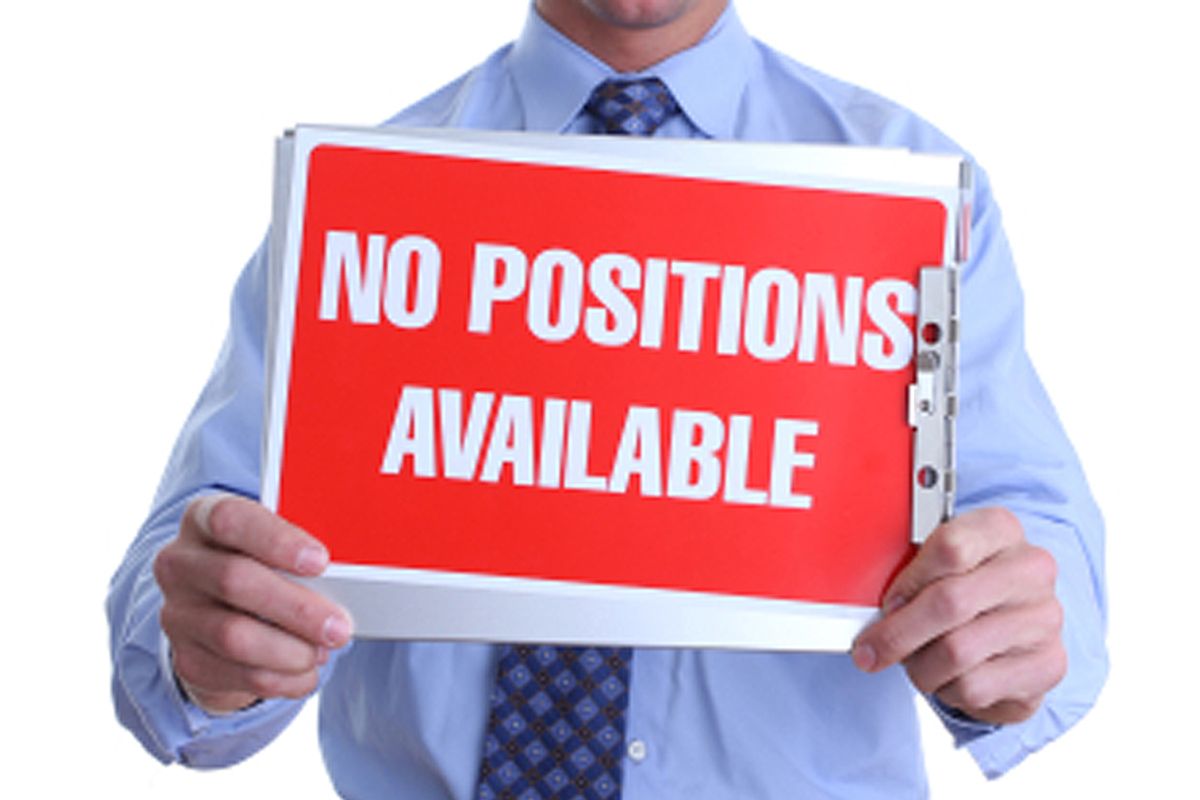 Jared Bernstein is an economist with roots firmly planted in the liberal side of American political thought. Before joining the Obama administration as an economic adviser for Vice President Biden, he was a senior economist at the left-leaning Economic Policy Institute, known for its strong stands on labor issues. In May, Bernstein left the White House, accepted a position as a senior fellow at Center on Budget and Policy Priorities, and began blogging prolifically on economic policy.

So if you want to grasp just how hopeless the Obama administration's post-debt ceiling deal "pivot to jobs" will be, Bernstein's analysis is a good place to start. Because if he can't put a hopeful spin on the prospects for new job creation policies, no one can.

3) an infrastructure bank to provide loans to build and repaid public goods.

And here's the analysis:

Number 1 is good and necessary but let's be clear: those measures provide no fiscal impulse. That is, they are already in the current economy, so leaving them in doesn't apply any new pressure to the accelerator, though neither does it let up on the gas.

I can't speak to patent reform -- hard to imagine it moves the unemployment needle much. But maybe it could help our startup problem, which could actually be very important. I'm all for more infrastructure, and in the past, such investment has been bipartisanâ -- but that was then and this is now, so who knows?

That's not what I would call the most boisterous cheerleading I've ever seen. Bernstein can't even bring himself to mention the "trade deal" section of the Obama platform, which isn't too surprising, since the standard position on the left is that trade deals kill American jobs. He accurately notes that payroll tax cut and unemployment benefit extensions can't be considered new job creating initiatives, since they are merely attempts to maintain a currently pathetic status quo. And he makes only a hand-wave at the idea of an infrastructure bank.

Theoretically, an infrastructure bank should be a no-brainer. The U.S.'s transportation infrastructure is crumbling -- according to some estimates, we would need to spend $2 trillion on our roads and bridges and mass transit "to remain competitive in the global landscape." Models for how an infrastructure bank would work vary widely, but the basic idea is relatively simple. Starting with some level of federally provided seed capital, the bank would leverage private investment for the purpose of major infrastructural projects.

But there's the rub: seed capital. It is extraordinarily difficult to imagine any circumstances under which House Republicans could be convinced to open up funding for any kind of stimulative initiative, even one that is designed primarily as a channel for concentrating private capital on infrastructure creation. Not only is the recently concluded debt ceiling deal guaranteed to result in job losses, but it is far more likely that Washington's next step will be to launch into another ferocious battle over budget cutting than that there will be any meaningful pivot to job creation.

And Bernstein knows this as well as anyone. So what's left?

So, what's a President to do within such binding constraints? Well, if you can't do -- teach.

Build the case for gov't's role at a time like this. Explain that we're stuck in a vicious cycle of weak demand feeding into weak job growth feeding back into weak demand. Households are still deleveraging, and that's holding back hiring too.

Critics will say: we've tried that and it's failed. They are wrong; they are just another distraction. Ignore them.

I won't argue that since we've tried this without any success we should stop hammering the same message home. Obama should indeed be using every opportunity to make the most aggressive, articulate case he can as to why job creation is one of the most potent deficit reduction strategies at our disposal. Every new job means another citizen paying taxes, while no longer receiving  unemployment benefits or food stamps or other forms of government assistance. But let's not kid ourselves. The consequences of the midterm elections are that the purse strings of government are controlled by a political party that for both strategic and ideological reasons has absolutely zero interest in helping the White House make a big push for job creation.

When Tim Geithner writes, as he did in a Washington Post Op-Ed piece today, that as a result of the debt ceiling deal "Congress will have more room in the fall to pass additional short-term measures to strengthen the economy" he is willfully deceiving himself and his readers. There is no room. The walls are still closing in.