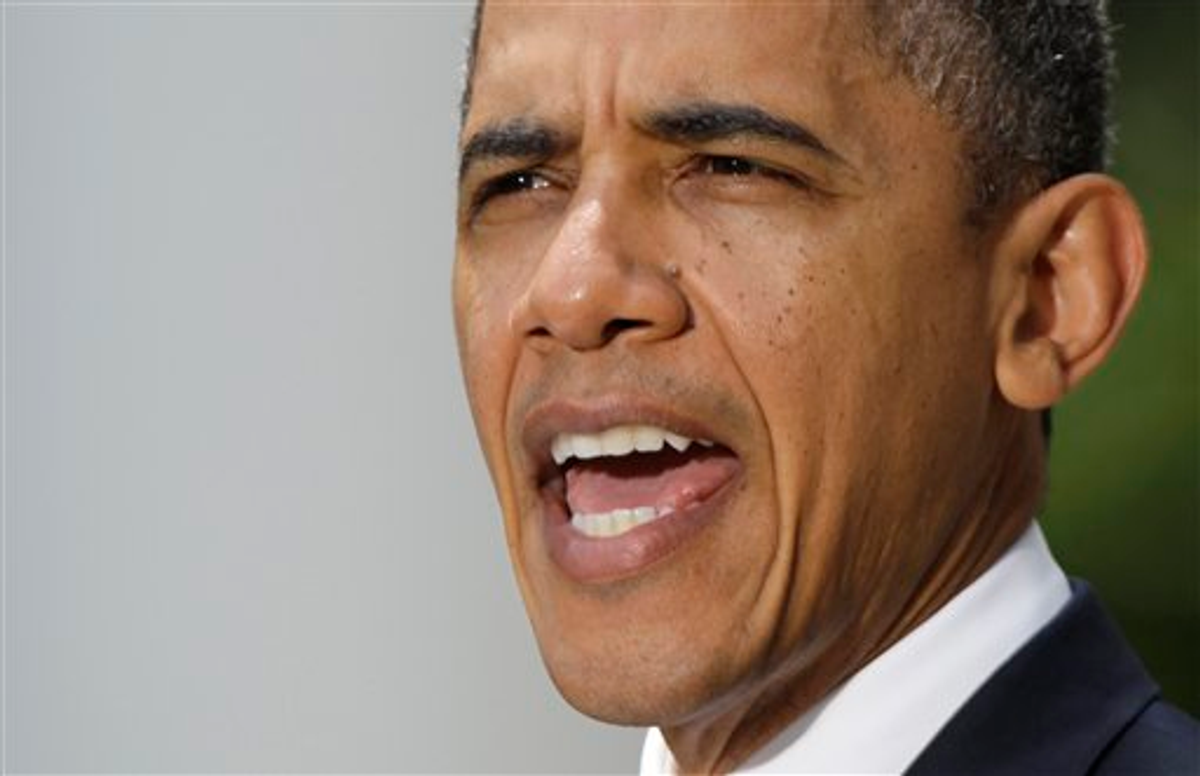 For months, polls have reported that reducing unemployment is Americans' top political priority -- and certainly a much bigger priority than reducing the deficit. This makes economic sense because of the connection between the two issues. As any Economics 101 course shows, creating new jobs is one of the best ways to reduce a nation's long-term deficits, because creating jobs generates tax revenues and grows an overall economy, thus shrinking debt both in real terms and as a percentage of GDP.

Somehow, though, Americans' top priority is Washington's lowest. That's not what you hear, of course. On Tuesday, President Obama insisted to great fanfare that he's completely focused on creating new jobs. But a look past the spin and to actions shows that the rhetoric is the typical up-is-down Orwellian nonsense that has come to define the Obama era. What we are in fact witnessing is the final epic inverse of the New Deal and Great Society, as Washington openly declares war on American jobs.

The first volley is the debt deal; despite the pro-jobs packaging, it is calibrated to kill the existing jobs we have here in the United States. As Mohamed El-Erian, CEO of one of the world's largest bond investment firms, told ABC News: "Withdrawing more spending at this stage will make [the economy] even weaker ... [meaning] unemployment will be higher than it would have been otherwise, growth will be lower than it would be otherwise, and inequality will be worse than it would be otherwise." Because of this, the debt deal probably won't even achieve its stated purpose either. As Nobel Prize-winning economist Paul Krugman points out: "Slashing spending while the economy is depressed won't even help the budget situation much, and might well make it worse ... which will in turn reduce future revenue" -- which will, of course, preserve, rather than reduce, the national debt.

The second front in the war is being waged with the two specific instruments of alleged job creation President Obama is now championing.

In his press conference Tuesday, the president first touted new tax cuts as job engines, saying his job agenda is predicated on "extending tax cuts for middle-class families so that you have more money in your paychecks next year."

Setting aside the president's rhetorical salute to the non-rich, his policy prescription willfully ignores the indisputable historical fact that in America's contemporary history, higher taxes -- not lower taxes -- have almost always resulted in better job growth. Again, there's Economics 101 behind that reality; with higher marginal tax rates, businesses have an incentive to plow profits tax-free back into the company rather than take the revenue out of the business and face the tax penalty. Lower the tax penalty, as we have over the last 10 years, and companies take more money out of the business. Hence, one of the reasons corporations are sitting on $2 trillion in cash as opposed to spending it on creating new jobs. Yet rather than explain that reality to America, the president is using his bully pulpit to champion the fact-free right-wing theology that says tax cuts create jobs. It's as if we're all supposed to forget that just a few years ago under George W. Bush, one of the biggest series of tax cuts in American history created one of the worst decades of job growth in American history.

As if the tax malarkey wasn't enough Newspeak for one press conference, the president then said his next legislative goal for job growth is to get "Congress to pass a set of trade deals -- deals we've already negotiated -- that would help displaced workers looking for new jobs and would allow our businesses to sell more products in countries in Asia and South America." He's talking, of course, about the proposed NAFTA-structured trade deals with South Korea, Colombia and Panama -- the very trade deals that will likely kill domestic jobs.

How do we know that's a safe bet? We can look to history -- specifically, we can look at the job loss from NAFTA and China PNTR, which these agreements fundamentally mimic in structure. Or we can look at the administration's own numbers. As reported by the watchdog group Public Citizen, the Obama administration's own International Trade Commission reports that the South Korea deal (the largest of the three) will actually increase our overall trade deficit, and specifically increase it in the "jobs of the future" industries President Obama touts. That means an economy even more reliant on imports than before -- and, therefore, with relatively fewer domestic jobs.

No doubt, this is the kind of anti-jobs agenda we should expect from a White House whose top economic advisor is Jeff Immelt -- a CEO whose company, General Electric, has spent the last decade slashing American jobs and moving its workforce offshore. In other words, this is anything but accidental -- and there's likely a political method in the economic agenda's madness.

Quite likely, the president believes that he can satisfy his corporate campaign contributors by offering up almost nothing that challenges their power and wealth -- all while tricking recession-battered voters into supporting his reelection race. As a political strategy, this formula relies on him simply saying the word "jobs" a lot, in hopes that voters don't notices that the word is being used to describe policies that have almost always driven up unemployment.

That is a big gamble on willful ignorance and lockstep Democratic fealty -- and as a political wager, it's not a bad bet. America lacks a lot of things, but in a nation that scoffs at the "reality-based community," aggressive stupidity and blind partisanship are abundant political resources.