A new report sparks an old debate about sex, power and money -- but the questions are more complicated than ever 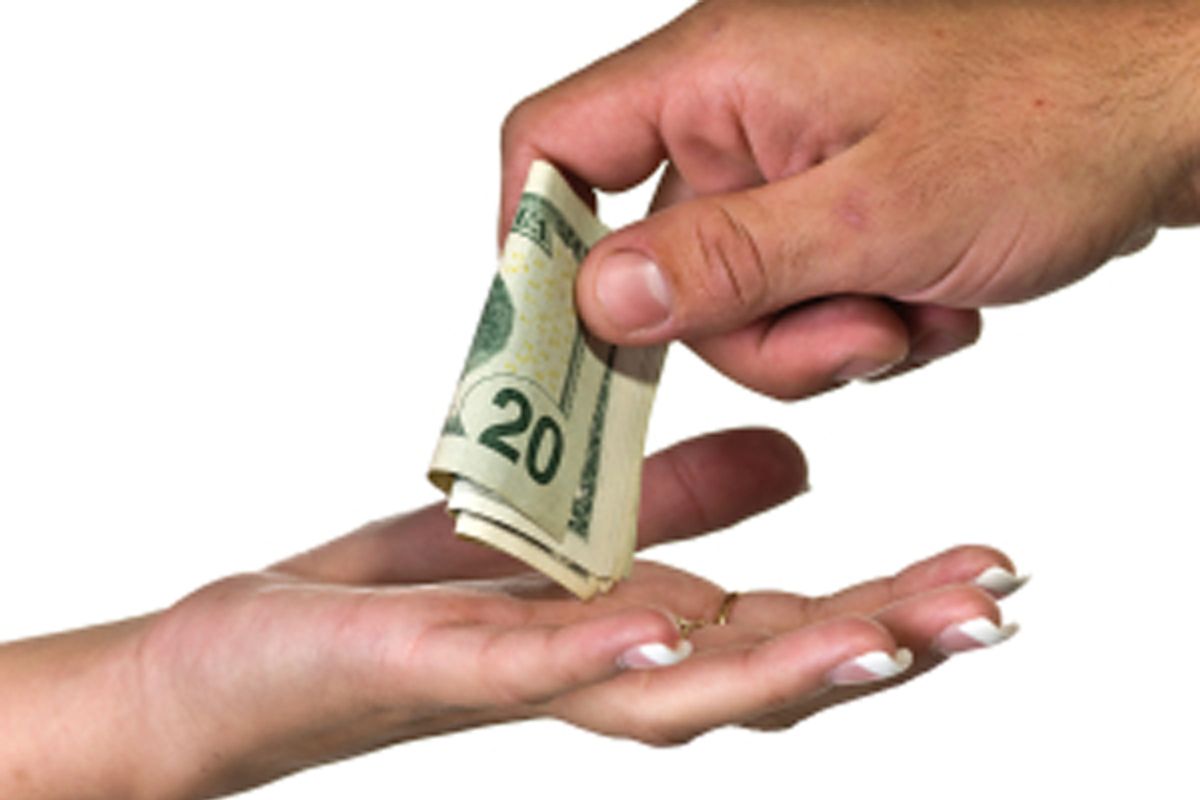 A recent Huffington Post article about the alleged rise in female college students turning to "sugar daddy" dating sites has sparked debate about whether so-called "sugar babies" are really just prostitutes -- and the general consensus seems to be "yes." The truth is that you can't so easily label everyone who uses services like Seeking Arrangements, a website that most often pairs young women with older wealthy men willing to financially support them. Our desire to do so, however, is telling.

To be clear, the argument here isn't about the actual legality of it -- as the article points out, "sugar" situations generally pass legal muster because there isn't a clear sexual quid pro quo. Instead, it's a moral and philosophical argument over whether it should be allowed. (People moralizing over other people's sex lives? Shocking, I know.) The desire to clearly classify the phenomenon is understandable: It highlights the unsettlingly complex interplay of money, power and sex.

Sugar daddies and babies fall on a broad spectrum of sexual and romantic deal-making. On one extreme, there is the mythical relationship of perfect economic parity, where every gift is balanced with an equal gift and each partner contributes the same amount to their shared existence. (Technically, they should also come from the same financial background and earn identical salaries). That's only speaking in terms of financial equality. Just think of all the other elements that enter into these bargains -- looks, youth, intelligence, fame and power, just for starters. (Economists have wet dreams about analyzing this stuff!)

Trophy wives exist somewhere on that same spectrum. In some cases, their rich husbands have made it explicitly clear to them that they have been bought; more often, both partners understand the terms of the agreement without having to articulate it. It's also sometimes the case that the couple sees it less as a financial exchange and more so a demonstration of a basic fact about how humans work (successful men attract pretty girls). Any of these scenarios, and many more, can also co-exist with love. I could go on and on with examples of men who buy escorts -- some just for sex, some just for companionship -- and so forth, but the point remains the same. Rich men who want to buy sex can afford euphemisms.

"Sugar daddy" can be one of those euphemisms, but not always. Yes, some men look for a "sugar baby" when they really just want sex, and the companionship thing is a front. But some really just want the companionship and sex never happens, and if it does, they may or may not see it as something they've directly purchased. Some men genuinely believe that money is what attracts women and that sex and relationships are a "survival of the fittest" competition; these people cannot even begin to fathom trying a "normal" dating site where people interact based on mutual interests and beliefs.

Sugar daddy situations aren't all the same, just as paying for sex isn't always the same. (And, besides, what exactly does it mean to sell sex? Consider legal forms of sex work, like pornography, which involves two people being paid to have sex for others' entertainment, and stripping, where women sell arousal, sometimes through physical contact.) We lump these things together but that's only to spare ourselves any mental exertion. Most of us don't like to acknowledge the complex relationship between sex and money. Sex workers, however, capitalize on these gray areas -- sometimes just to protect themselves from the law, but also because it is just that complicated.