What did the president get, and whom did he get it from? The answers may shock you! 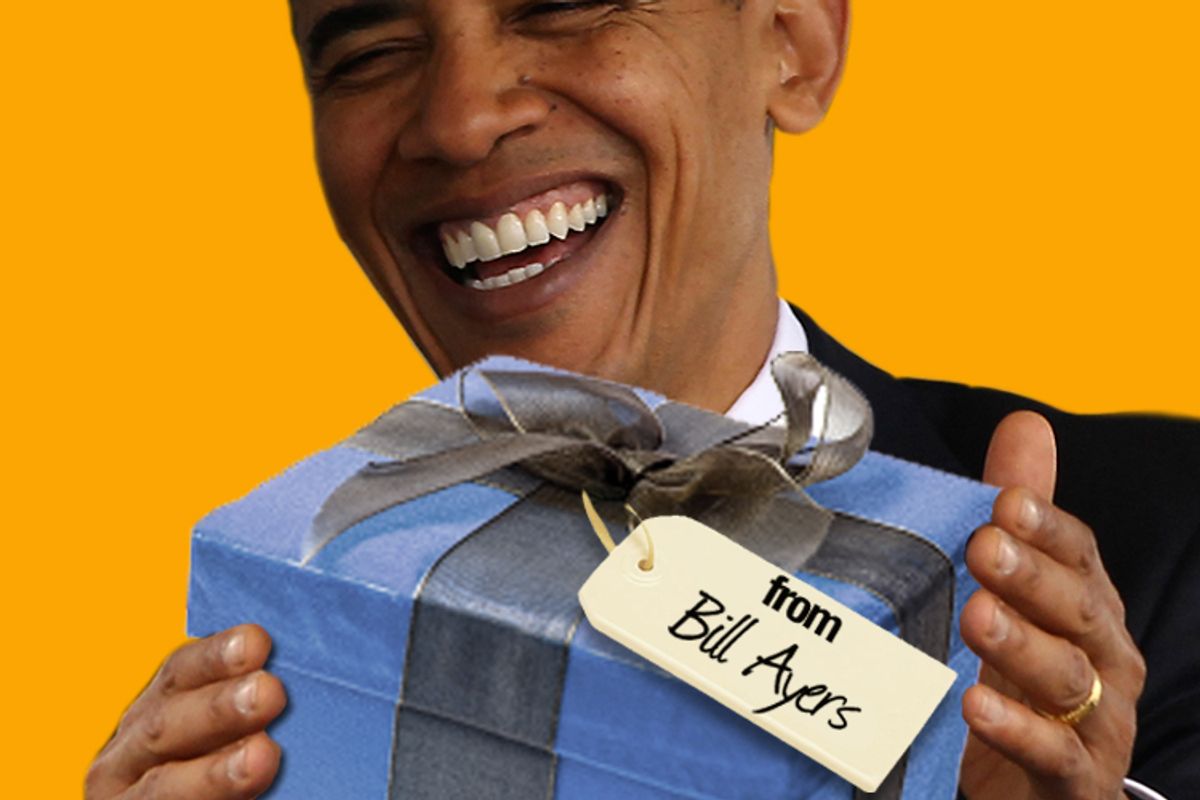 Happy Birthday, Mr. Kenyan Usurper President! Barack Obama turns 50 today, and while the mainstream media will report that he had "cake" or "dinner with his wife," we all know that barely scratches the surface. Thankfully, a joint Salon-World Net Daily-Big Government-Stanley Kurtz-Dinesh D'Souza-the Blaze investigation turned up the secret White House list of birthday presents received by President Obama. Read on, if you dare.

From Bill Ayers: The manuscript to Obama's next "memoir," "Stimulus: How I Saved the Economy and Put America Back to Work."

From his secret father: A time capsule containing the last will and testament of Malcolm X, leaving his secret book of spells designed to brainwash white liberals to his secret son, Barack Shabazz Muhammed Hussein Obama.

From Hamas: A store-bought card but a nice one they clearly put some thought into.

From Imam Feisal Abdul Rauf: A new Muslim prayer mat, to replace his old, worn-out one.

From Jimmy Carter: CFL light bulbs, world map without Israel on it.

From Rahm Emanuel: List of dead Illinois voters pledged to Obama in 2012.

From John Boehner: A debt ceiling "compromise" that SOLD OUT the TEA PARTIES who sent him to Washington to REIN IN SPENDING not to cut SHADY BACKROOM DEALS.

From Joe Biden: One of those "best friends coupon books" with like "one free hug" and "ROAD TRIP!" and shit in it.

From Malia and Sasha: A crappy tie.