The history lesson Obama has ignored

Obama has made the same mistake as FDR, turning his back on Keynesian economics. And we'll all pay dearly for it 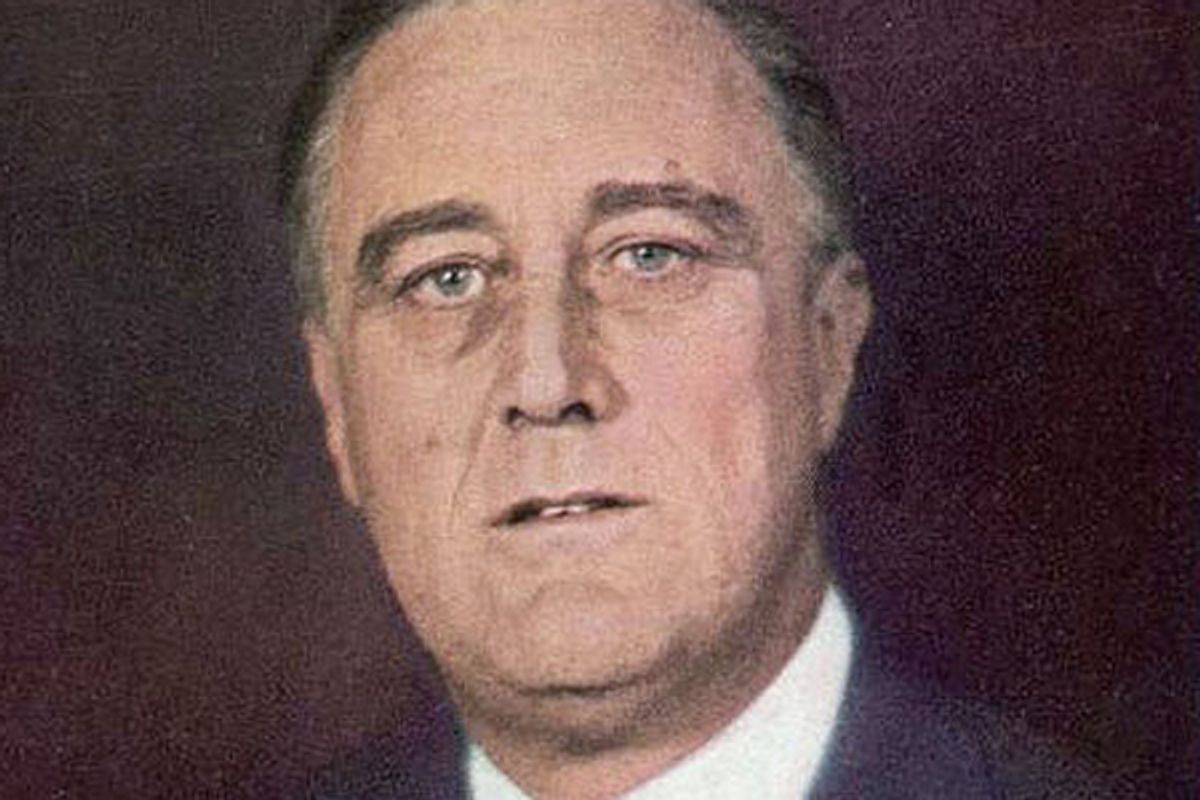 "The economic experiments of President Roosevelt may prove, I think, to be of extraordinary importance in economic history, because for the first time -- at least I cannot recall a comparable case -- theoretical advice is being taken by one of the rulers of the world as the basis of large-scale action. The possibility of such a remarkable event has arisen out of the utter and complete discredit of every variety of orthodox advice. The state of mind in America which lies behind this willingness to try unorthodox experiments arises out of an economic situation desperate beyond precedent."

Just under three quarters of a century ago, a group of conservative economic advisers close to Franklin Roosevelt informed the President that they were worried about the rapid rate of growth in the US economy. Since 1933, when FDR took over at the height of the Great Depression, the economy had been expanding steadily, at an average rate of 14 percent per year. Schooled as most of these advisors were in the tenets of economic orthodoxy (which called for cuts in spending during an economic downturn), and unsure of the effects of the Keynesian-style deficit spending that the administration had been engaged in under the terms of the early New Deal, the President was advised to cut the budget, reduce deficit spending and tighten the money supply as a means to stave off inflation. Heeding their word (and no economist himself), FDR did just that.

The results were an unmitigated disaster.

Thanks to the Administration’s decision to move away from the increasingly Keynesian policies it had been following — policies that saw the unemployment rate fall from a high of 25 percent in 1933 to 14 percent by 1937 -- FDR launched one of the sharpest economic downturns in American history-the so-called  "Roosevelt Recession" of 1937-38. In just a few short months, the GDP declined by 13 percent; industrial production by 33 percent; wages by 35 percent and an estimated four million people lost their jobs. No fool, FDR quickly reversed himself and went back to Congress to seek a massive stimulus bill to put people back to work and repair the damage to the Depression-era economy. Within three months growth had returned and the economy was back on track.

FDR only met John Maynard Keynes once during the 1930s, and after their 1934 meeting both men expressed a certain ambivalence about the other (Keynes said FDR did not know much about economics and Roosevelt said with all of his "numbers" Keynes struck him as more of a mathematician than an economist). But the lessons FDR drew from the 1937-38 recession were clear: Cutting federal spending and tightening the money supply in the midst of a deep economic crisis were bad ideas and from this point on his administration pursued economic policies that can only be described as unabashedly Keynesian. FDR may never have publically embraced Keynes’s theories, and in fact preferred to call his subsequent use of massive government borrowing and spending "compensatory fiscal policy," but the two concepts were virtually identical.

Spurred along by this change of heart and by the growing demands to increase defense spending to meet the challenges of World War II, the federal government borrowed 100s of billions of dollars in the late 1930s and early 40s, while at the same time government expenditures -- i.e. stimulus -- reached record levels. By the time the United States was fully engaged in the war, federal spending accounted for more than half of the country’s Gross National Product, business was booming and the scourge of unemployment had all but disappeared.

And what were the long term consequences of all of this borrowing and spending? Economic chaos? A sovereign debt and default crisis? No, what followed was more than three decades of postwar economic expansion and the creation of perhaps the best paid and best educated work-force America had ever seen.

The modern middle class was born.

In the past two years we have heard official after official claim that they do not want to repeat "the mistakes of the Great Depression." Yet the recent behavior of both the Obama Administration and senior members of Congress belies this claim. Rather than fight for economic policies that would stimulate the economy and put people back to work, this Administration -- and even many senior democratic party officials -- have chosen to ignore the lessons of the past. Instead of focusing on jobs and growth -- the real crisis in our economy -- they have embraced the sky-is-falling rhetoric of the Republican Party extremists. These fear mongerers and obstructionists have convinced millions of Americans and virtually the entire US media that the key to economic recovery is to slash federal spending. The administration’s championing of the 39 billion in cuts to the 2010-2011 budget and the recent debacle over the debt ceiling -- with an agreement that does nothing to stimulate the economy -- are but two sorry examples of this phenomenon.

In 1937 FDR paid a heavy political price for his decision to turn away from Keynesian economics. The democrats lost seats in the 1938 election and FDR’s ability to push through further fundamental reforms in Congress was severely limited from this point forward. Worse still, millions of Americas suffered from the sudden economic downturn that came as a result of these ill-timed and unnecessary cut-backs.

President Obama sells the Budget Control Act of 2011 as a victory for the American people; as an important "first step" in solving the "deficit crisis." But he has missed a fundamental point: the most effective way to reduce the federal deficit in the long term is to spur economic growth in the short term. He also seems to have lost sight of the fact that the real crisis we face is that roughly 26 million Americans are either under employed or out of work. This national tragedy could be greatly alleviated by a return to the Keynesian economic policies temporarily abandoned by Franklin Roosevelt three quarters of a century ago. But neither the President nor his colleagues in Congress appear to have the desire or political will to resist the incessant Republican demands to cut spending no matter what the cost to the American people.

It is sad to think that history may be repeating itself. But the apparent decision of this administration to embrace cuts over spending may soon lead the President down the same path that FDR took in 1937. Only this time the "Obama recession" of 2011-2012 will most likely cost the current president his job.

David Woolner is a Senior Fellow and Hyde Park Resident Historian for the Roosevelt Institute.