The futility of playing Mr. Reasonable 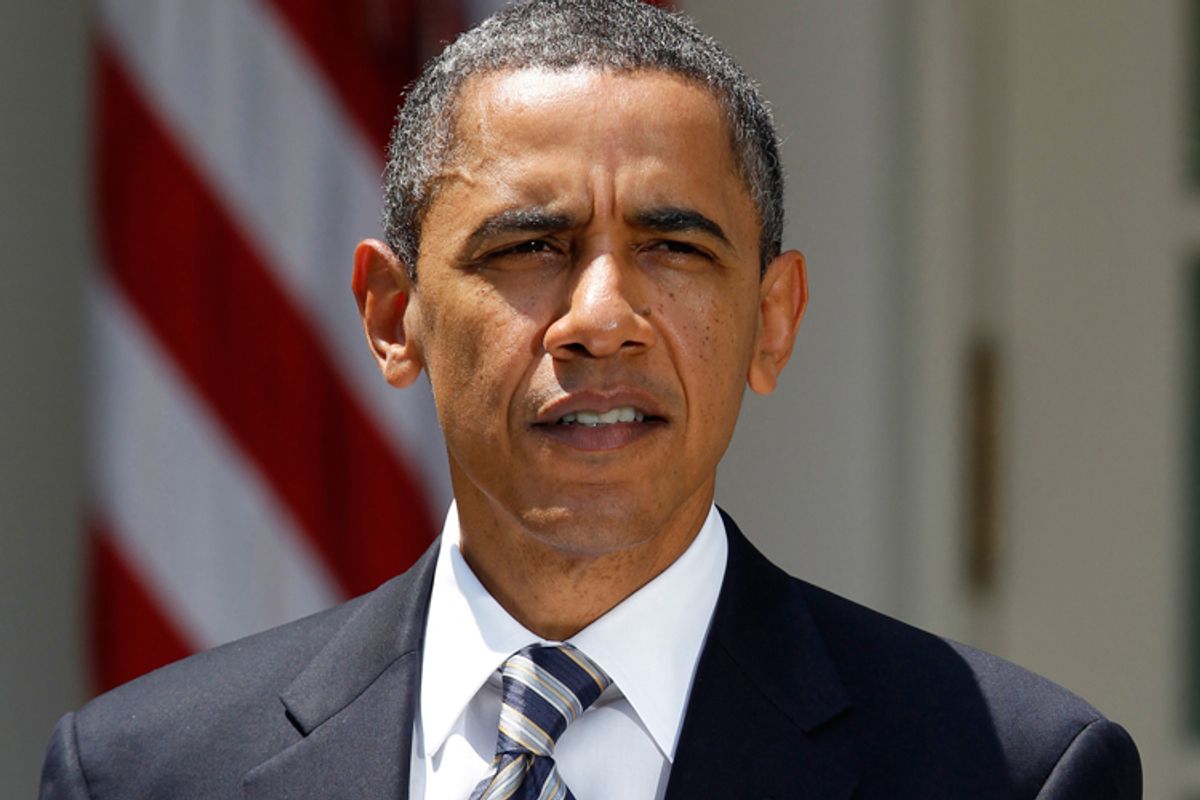 Gallup has turned around a quick poll that contains what may seem like a surprising finding: Majorities of Democrats and self-described liberals say they support the debt ceiling plan that President Obama signed earlier this week. That would be the same debt ceiling deal that a chorus of liberal commentators has been decrying as an economy-killing sellout on Obama's part -- "a catastrophe on multiple levels," as Paul Krugman put it.

But Gallup finds that Democrats favor the plan by a 58-28 percent margin, with liberals supporting it at a 51-35 percent rate. That's compared to Republicans, who oppose it by a 64-26 percent margin and conservatives, who are against it by a 64-25 percent spread. Overall, Americans are against the plan, 46 to 39 percent.

These numbers are helpful in several ways.

First, they further confirm what has been true for most of Obama's presidency -- that the idea that a broad intraparty backlash against the president is taking hold is probably overstated. This doesn't mean that there aren't many rank-and-file liberals who share the commentariat's conviction that the president has fundamentally betrayed them, in this instance and in others. The fact that nearly 30 percent of Democrats -- and more than a third of liberals -- say they're against this plan is not insignificant.

But even more significant is the fact that, despite the loud outcry from television hosts, pundits, writers and even a few elected officials, majorities of Democrats and liberals still say they're with the president on this -- even though Obama himself made it clear that he didn't like parts of the deal. Moreover, a separate Gallup poll released as the deal was being finalized also found no significant slippage in Obama's approval rating among Democrats and self-identified liberals; in fact, his standing with liberals actually edged up slightly in the last week of July. Granted, any slippage with his own base is a potential problem for Obama, but the numbers do not suggest a repeat of Jimmy Carter, whose standing with Democrats was much, much lower at this point in his presidency -- so low that it prompted Ted Kennedy to challenge him in the 1980 primaries. Obama's problems with his base are much less serious.

Much more worrisome to the president may be Gallup's finding that independents oppose the deal by a 50-33 percent spread. It's true that the term "independent" is generally misunderstood; most independents are actually partisan Democrats and Republicans who cling to the independent label out of some kind of self-delusion. So when you consider that actual Republicans are strongly against the plan, it stands to reason that a good chunk of independents automatically will be as well.

That said, Obama's debt ceiling posture -- playing the role of Mr. Reasonable -- was designed to appeal to the chunk of independent voters who truly are independent. Gallup's numbers aren't broken down sufficiently, but it seems clear that he failed to do so -- especially when you consider that the other recent Gallup poll pegged Obama's approval rating among these "pure" independents at 28 percent, an 11-point drop from a month earlier.  So far, "triangulation" doesn't seem to be working for Obama.

So while it's good news for Obama that his base still isn't in revolt (and probably never will be), he's got a much bigger problem: He seems intent on following Bill Clinton's 1995/1996 playbook, but the magic ingredient that made it work for Clinton -- a growing economy that made "pure independents" eager to give him the benefit of the doubt -- is missing this time around. Playing Mr. Reasonable looks a lot different to voters when they're out of work or fearing for their jobs.