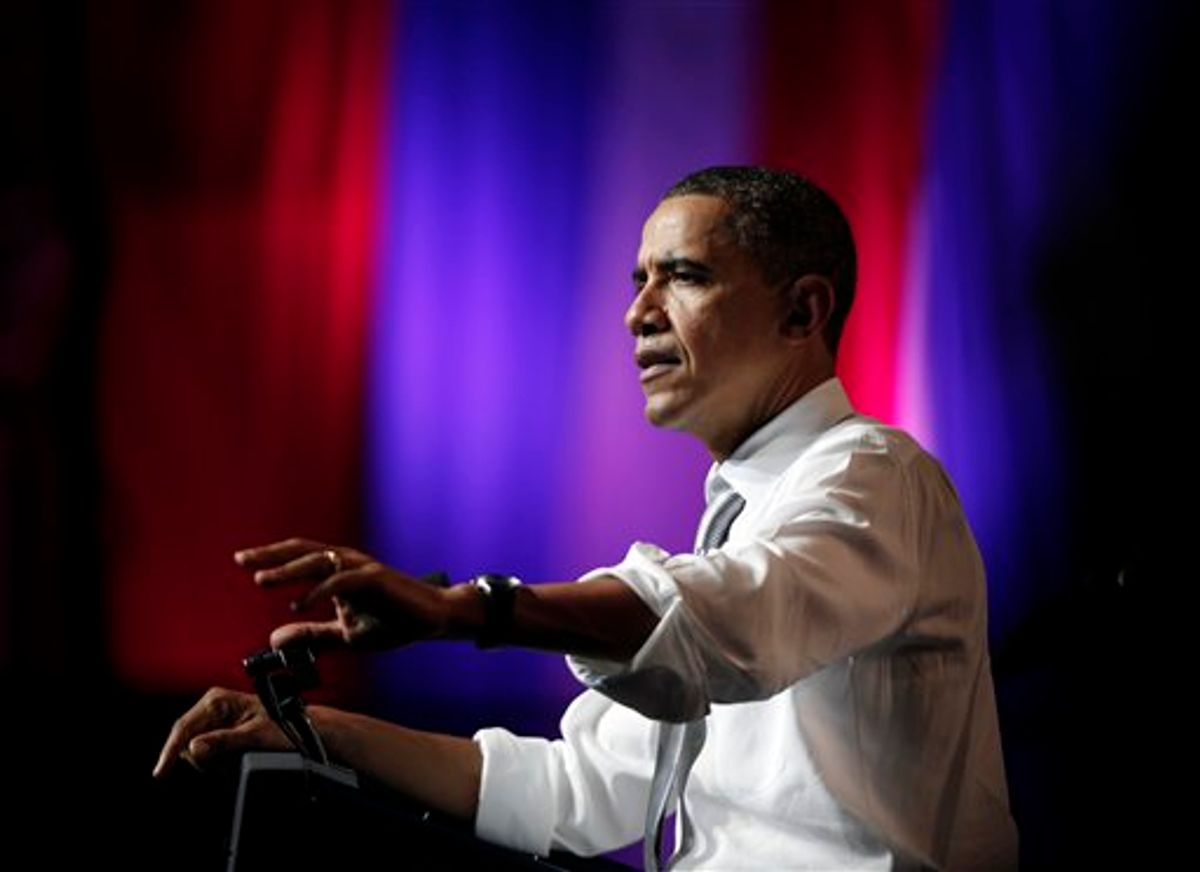 President Barack Obama pauses as he speaks at the Aragon Ballroom, Wednesday, Aug. 3, 2011, in Chicago, in Chicago, at a fundraiser on the eve of his 50th birthday. (AP Photo/Carolyn Kaster) (AP)
--

Here's how tense the world was, waiting for this morning's U.S. government jobs report: the Bureau of Labor Statistics Web server crashed at 8:30 a.m. ET, presumably in response to millions of requests from people wondering whether bad news on the unemployment front would precipitate another stock market crash on Friday.

But even though the sound of financial markets breathing a huge sigh of relief is palpable, the news is still hardly reassuring. A gain of 117,000 jobs per month doesn't add enough jobs to match population growth. The labor participation rate continues to fall -- to 63.9 percent --  an indication that job-seekers are continuing to drop out of the labor force. The employment-to-population ratio slipped to 58.1 percent - the lowest number since 1983. Government payrolls dropped by about 37,000 -- yet another sign that austerity measures are continuing to drag on employment growth.

The best spin possible on this report is that it represents an upswing from June's depressed numbers -- and that at least raises the possibility that August might see a continuation of the trend. But that's a slender thread to grasp on to.