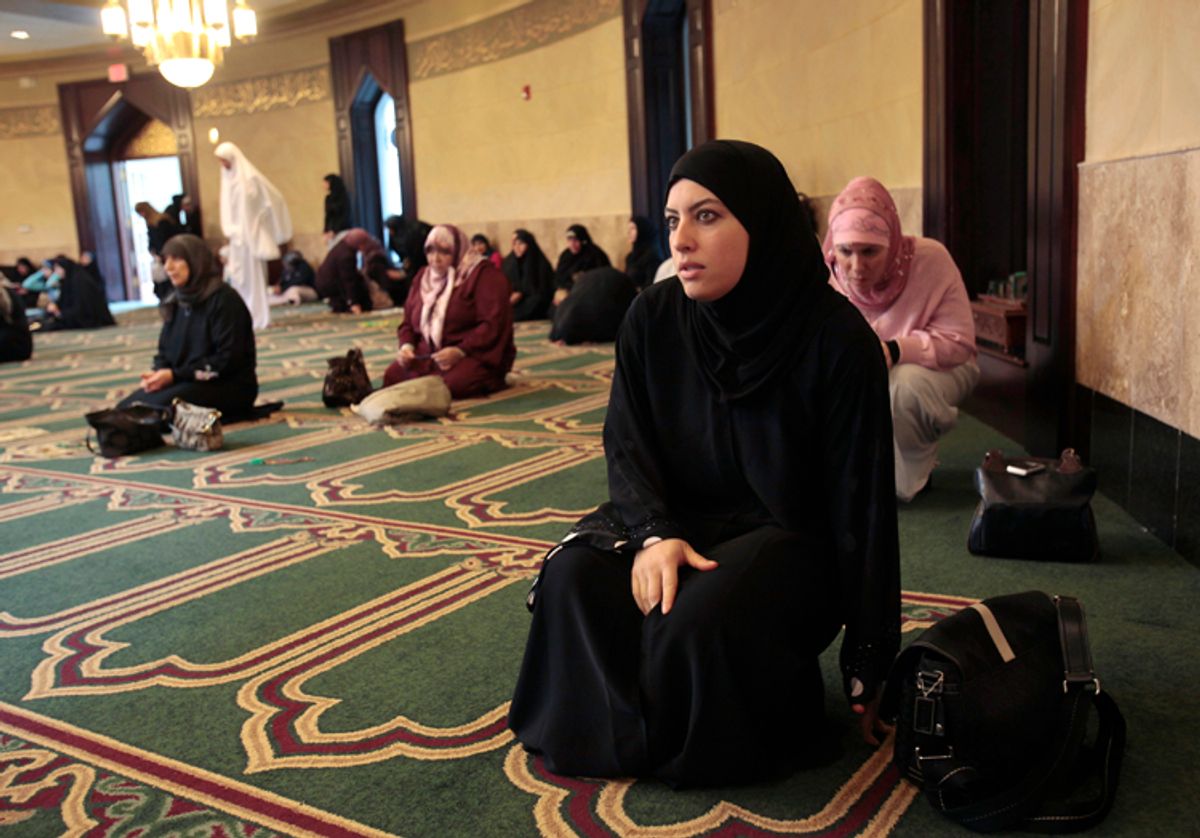 On the eve of the 10th anniversary of the Sept. 11 attacks, Gallup has released a major new study on attitudes of the Muslim community in the United States, as well as views of Muslims among other religious groups.

The report, which is based primarily on polling conducted in 2010, covers politics, social identity and religious engagement. And some of the results radically undermine popular stereotypes of Muslims Americans. They, for example, are the religious group that is most likely to reject attacks on civilians by individuals (like terrorists) or the military.

Muslim Americans are also more likely than any other religious group to report discrimination in the last 12 months.

For context and analysis of the report (.pdf), I spoke with Mohamed Younis, a Washington-based senior analyst at the Abu Dhabi Gallup Center.

What was the single most surprising result in this poll to you? Do you have any theories as to why that is?

At the study's launch event, Rabbi David Saperstein argued this may be because the Jewish community has a large component of people who are socially and politically liberal-minded, and more likely to find that there is prejudice against minorities and want something done about it. Another reason could be that Jews generally are a community that has experienced a lot of distrust, allegations of disloyalty and prejudice -- whether it's in the U.S. or in Europe. In this poll, American Muslim and American Jewish perspectives, even on foreign policy issues like Iraq, are all very similar and closer to each other than to a lot of the other religions.

What about the fact that Muslim Americans are actually most likely to oppose attacks on civilians?

We asked the question in a couple of ways. We asked about military attacks on civilians, and we also asked about individual or nonmilitary group attacks on civilians. We found that Muslim Americans have the highest rates of saying that it is never morally justified. Some of the other religious groups were much more likely to say that military attacks on civilians could be justified. I think what you're seeing there is a confidence in the military -- and the idea that a more institutionalized type of violence will be done in a more responsible manner. Muslims see it differently. That's consistent with their confidence level in the military, which, at 70 percent, is the lowest of any religious group in the U.S. Historically in Gallup polling, the military tends to have rates of confidence in the high 80s and low 90s all the time.

Also to a greater degree because of their faith, Muslim Americans identify with civilians dying in Iraq and Afghanistan. It's fair to say most likely Muslim Americans are keeping track of what's happening in these countries more closely than the average person in America who has no connection to that part of the world whatsoever. It's important to note that Muslim American attitudes about violence and civilians are actually very consistent with the polling we do globally within Muslim-majority countries. Muslims in countries across Asia and the Middle East also have extremely high rates of respondents who say that military attacks or individual attacks on civilians are never justified. Is there one area of the poll where the response contradicted a popular stereotype about Muslim Americans?

Definitely one area is in the identity question. We asked how strongly respondents identified with a series of things: the United States, your religion, people around the world in your religious group, etc. What we found is that Muslim Americans are as likely to say that they extremely strongly or very strongly identify with the United States as they are to say about identifying with their religion. In the discourse in the United States about Muslim Americans is this fear that if Muslims organize on the level of religious community, they become more isolated, less loyal to the U.S. and less integrated. But we actually found the opposite. We found that those Muslims who do attend places of worship regularly are actually more likely to be politically active, registered to vote, and are less likely to report stress or anger the day before the interview.

The report also includes some recommendations. What are the most important?

One thing we have been talking about with civil society organizations is increasing the opportunity for education and engagement in and among faith groups, particularly with the Jewish American community. That's because we found there are a lot of similarities between Muslim and Jewish Americans on many of the poll questions. The fact that we see less of a suspicion of Muslim Americans among Jews than among other groups shows that there is fertile ground for cooperation.

With regards to government, the rate of reported discrimination among Muslim Americans was 48 percent. They're the most likely religious group to say they've experienced discrimination in the last year. That's on par with Hispanic and African-American rates of reporting discrimination. So we're suggesting there needs to be a more comprehensive nationwide strategy to study the level of prejudice and discrimination targeted toward Muslims specifically. And a majority of all the other religious groups said that Muslim Americans are facing prejudice in the United States. So the fact that we have such a high rate of respondents who report this who are not Muslim means that this is something that needs to be investigated more closely.