If there's a gem of wisdom to be found in our fidelity series, it's one that applies to all kinds of relationships 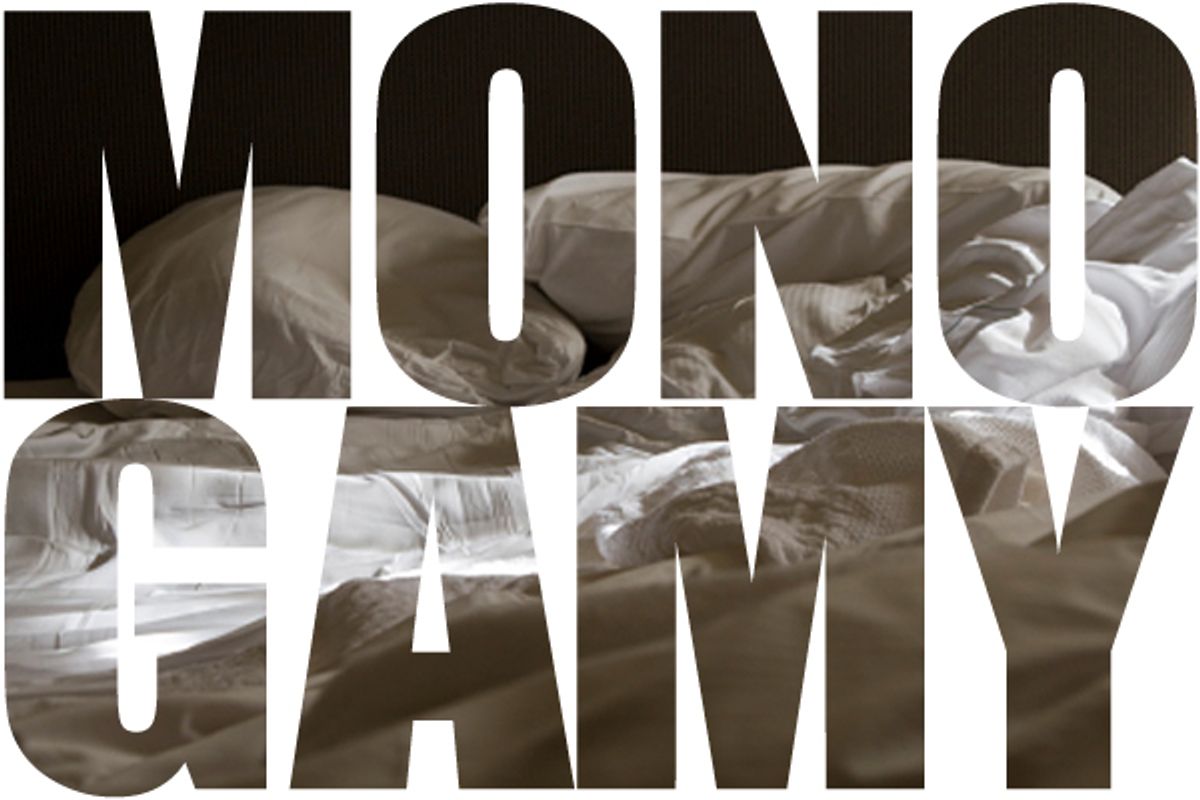 In her autobiography, my grandmother scandalously admitted to having a crush on a doctor at the hospital where she worked. The temptation wasn't a result of marital dissatisfaction, though. Esther and Chester were as absurdly harmonious a pair as their names suggest. It's just, she was unusually open and realistic about such things -- even in her life story, which my grandfather was still around to read.

Some might attribute the success of their more than 50 years of marriage to the fact that she ultimately didn't stray. I think it has more to do with her honesty. I've never believed that more than now, after Salon's series of interviews with experts on the subject of monogamy. We covered so much ground -- from our free-lovin' prehistoric ancestors to the spread of monogamy alongside democracy to the transformation of marriage into a love-based institution -- that I felt a desperate need for a takeaway. What have we learned after all this time picking the brains of some of the smartest thinkers and researchers on this subject? None of them were interested in proclaiming any one relationship style as what is best or right -- with one exception: honesty.

Despite all their criticism of monogamy, they aren't making an argument in favor of an alternative system but rather against taking monogamy for granted. In part because it doesn't come naturally. Most animals, even the ones we think of as monogamous, are nonmonogamous. Humans, however, are a unique beast, if we do say so ourselves, so it can be much more useful to survey societal practices around the globe. When we do, we find that what's natural is variation and diversity. The anthropological takeaway, as "The Myth of Monogamy" paraphrases Margaret Mead: "Monogamy is the hardest of all human marital arrangements."

It's hard and yet an extremely appealing ideal for many of us. Why? There are the popular evo-psych explanations about paternity uncertainty and the biological disparity between the sexes in terms of investment in reproduction. There's also the fact that monogamy provides security in contemporary individualistic American society where social ties are weak and marriage is based on the tenuous concept of love (as opposed to a financial or some other such practical arrangement), as historian Stephanie Coontz told me last month. And, speaking of feelings, romantic love and sexual jealousy -- the most viscerally compelling arguments for sexual exclusivity -- are found in virtually all human cultures.

These motivations are all reinforced by social investment in the institution. Many fear that if we stray from the monogamous standard, ultimately we will all give in to our baser desires and civilization will crumble into an orgy worthy of a Guinness Record. That explains the degree of public opprobrium heaped on outed philanderers. The social risk can effectively dissuade some from cheating, but for others it means greater dishonesty about their desires and temptations (and, for some, actual indiscretions). The ironic consequence of our religious devotion to the monogamous ideal is that it often makes fidelity harder to maintain. It just might be that the greatest threat to monogamy is the uncritical acceptance of it.

If you're looking for one bit of wisdom from the experts I interviewed, as well as other smart thinkers out there on the topic, it's simply: Be honest. Admittedly, this is the same conclusion Dan Savage offered in the New York Times Magazine profile that spawned this series. Journalist Mark Oppenheimer summarized the sex columnist's position: "Treating monogamy, rather than honesty or joy or humor, as the main indicator of a successful marriage gives people unrealistic expectations of themselves and their partners." What's clearer to me now is that the degree of transparency that Savage is advocating pretty much reinvents not only open marriage, but also monogamy as we know it.

But he's far from the first to suggest that the issue of fidelity be part of a couple's ongoing conversation. As Peggy Vaughan sanely concluded in the late-'90s self-help book, "The Monogamy Myth," "The best hope for monogamy lies in rejecting the idea that a couple can assume monogamy without discussing the issue, or that they can assure monogamy by making threats as to what they would do if it happened," she says. "The effect on the relationship is to create a sense of closeness and a knowledge of each other that replaces suspicion with trust."