What if my daughter grows up to be Republican?

At 12, Lizzie is a liberal like me. But what if one day she embraces the Tea Party, like her grandparents? 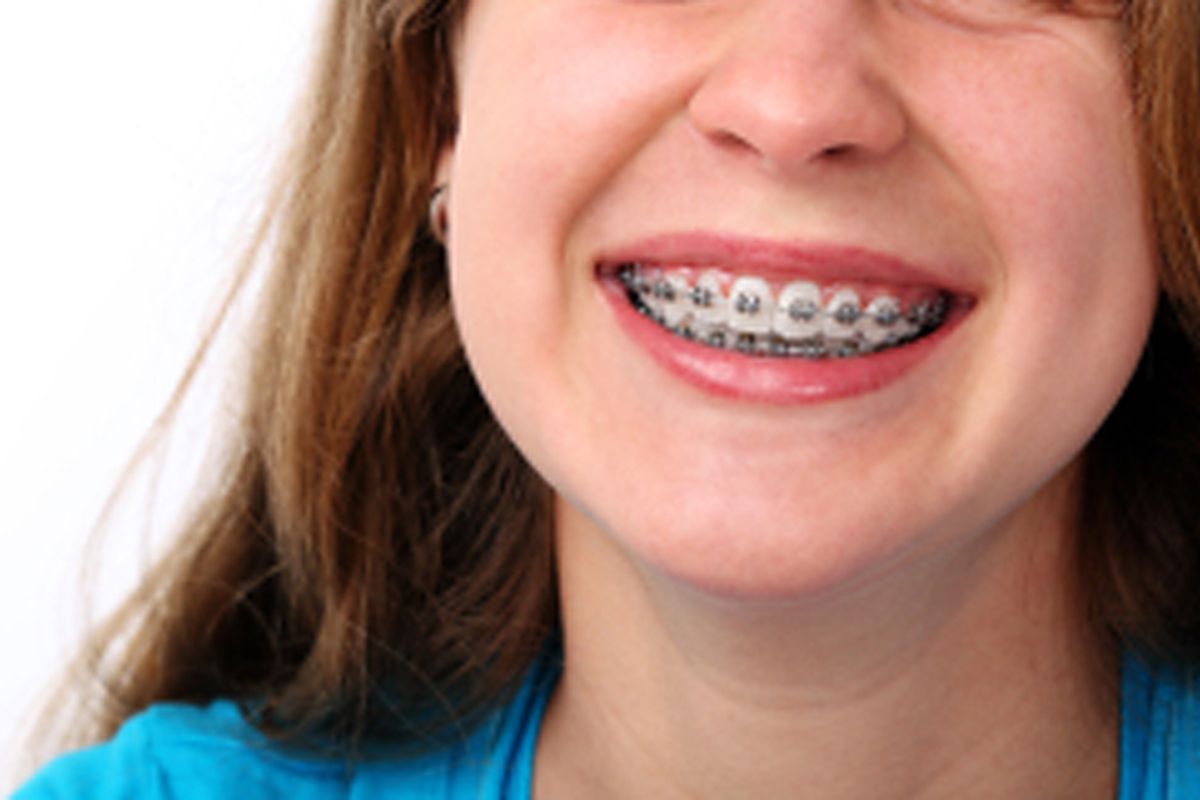 My parents are Tea Party. I'm a liberal. My husband is to the left of your average communist. Dinners together walk a tightrope of small talk -- none of us wanting to veer too far in either direction, frightened we'll go careening into a political abyss. Our daughter, Lizzie, is always a safe topic. She's our Switzerland.

But I'm not sure how much longer that will last. Lizzie, at 12, is becoming politically aware.

She's always been well informed. Not that she had much of a choice. After the 2000 election and before her first birthday, she participated in her first protest. I stuffed her in her bright green baby backpack and headed to Times Square. There, she grinned and drooled as tourists in fanny packs and white tennis shoes yelled mean things at a dozen of us who were demanding that votes be counted. They weren't, thanks to the Supreme Court, and George W. Bush was sworn in -- thus assuring that Lizzie's formative years had ample opportunities for protest. Her favorite was the huge antiwar rally in Central Park, when she was 3. There were balloons and face painting -- and the playground near the park was more exciting than the ones back in Brooklyn, N.Y., where we then lived. Riding the train home, she waved her small paper flag like a sword and chanted, "No Twar! No Twar!" Then she yawned and asked for her sippie cup.

I don't want to indoctrinate my child into the cult of my political beliefs. I want her to make up her own mind. But, since she's a kid, she mirrors our beliefs, as her friends do their parents'. If I were a neo-Nazi, a Know Nothing, or a Glenn Beck-watching right-winger, she would probably share my misguided views. But I'm a Prius-driving, composting liberal -- and therefore so is Lizzie. (Except the driving part -- at 12, she doesn't yet. Thankfully.) It's not like we sit her down with Karl Marx flashcards or whisper Howard Zinn to her as she sleeps, but we talk a lot at dinner, discussing politics and what's going on not just in our neighborhood or city, but in the world. (We recently chatted about climate change and chocolate eclairs -- and, because my husband is a historian, she probably knows more about Alger Hiss than any other kid her age.) But how to balance the way we view the world with how other people do? How to show her both sides of the political picture?

Our family dinners are very different from those when I was a kid. Back then, we didn't discuss politics at the dinner table -- or anywhere else. Our household was more of a dictatorship, with my dad's conservative beliefs reigning supreme. There was no room for dissent and none encouraged. When I was in second grade, I made up my own mind about an election. Our teacher gave us each a copy of the Weekly Reader, which still smelled of fresh newsprint. One story was about the '72 election and we got to vote! I'd checked the box next to McGovern's head. It was a nice head, I'd thought. He looked so kind compared to that Nixon fellow. I skipped to our house, no doubt wearing an outfit like a plaid jumper with a bow affixed to my hair, something that would have fit in more in, say, 1964 Omaha rather than 1972 San Francisco, where we lived at the time. I have no way to prove this scientifically, but I'm pretty sure we were the squarest family in San Francisco. While other kids were singing along to the Rolling Stones' "Brown Sugar," we attended an Up With People concert.

Dropping my plastic school satchel on the ground, I proudly pulled out the secret ballot to show my parents. "No one in our house votes Democratic!" my dad scolded. He was joking, of course, but I still felt ashamed, like I'd just admitted I loved macrame plant holders or hippies. How could I have been so wrong? I should have voted for Nixon! My parents later did, and he won. Meanwhile, I slunk off, feeling like I'd committed a crime -- as the man my parents voted for soon would. I have no idea if I crumbled up that Weekly Reader or if my mom eventually stuffed it in the trash. In my mind, I picture myself crumbling it up, my first foray into politics a horrid mistake.

But do my husband and I truly encourage dissent with our daughter? What if Lizzie decides she wants to volunteer for whomever runs on the GOP ticket in 2012? She'll be in eighth grade then. Would I drive her to help with that campaign? I happily drove all over eastern Pennsylvania when she wanted to canvass for Obama. She held pamphlets as we meandered door to door, encouraging registered Democrats to vote. Would I do the same quite as cheerfully if she supported Michele Bachmann or Mitt Romney? I don't think so. But I honestly can't see Lizzie embracing a Republican candidate. For her, politics is all about values, and for now, at least, she values fairness and the environment.

And how to explain "values" and the coded semantics of political language to a kid? During a recent local election, Lizzie and I trawled the voters' guide, which was filled with names and photos of candidates and blurbs about their positions on various issues. One candidate had written she supported "family values." I muttered, "Uh-oh. I'll stay away from her."

"But Mom, aren't family values a good thing? Our family has values," she said, puzzled.

I tried to explain that those "family values" were often quite different from what our family values.

If she someday embraces "family values," the Tea Party or other right-wing agendas, could it damage my relationship with her? Although I try to understand my parents' political beliefs, I don't. When I see what Newsmax "article" or Wall Street Journal editorial my father "likes" on Facebook, or glance at a photo, taken a few years back, of my folks dressed as McCain and Palin for Halloween, I feel physically sick. Sometimes it's hard to even have simple conversations with them. Even the most innocent pleasantry, like "Nice weather," could spiral out of control if I don't watch what I say. (For the record, they are loving grandparents and are far more gracious than I am about not bringing up delicate topics.) If my dad says, "I bet you guys are happy you're not back east this winter. All that snow in New York." I'm tempted to mutter something about climate change, but instead I bite my tongue and say, "Yes, in Portland we don't have to shovel rain."

It sometimes seems my parents and I are as divided as Congress, neither side understanding the other's point of view. But when I'm around them, I'm somehow whisked right back to adolescence. I morph into a sullen 16-year-old with no power, whose views are considered childish. I want to engage, to discuss topics calmly with them, but my emotions knock any possibility of cool-headed debate out of the way. All my facts and statistics -- the cornerstone of rational debate -- get gummed together in my mouth by raw emotion and I only manage to get out incoherent raw ravings. And if history is any indication of the future, I'm doomed to repeat myself.

I wish I could calmly debate issues like my husband does. Or maybe I should take a lesson from Lizzie. The truth is, she can teach me a thing or two about politics. Instead of getting scorched by the heat of the moment, like I do, she's cool and collected. She listens intently. Then a question she asks will sum up the prejudice of the other side quite succinctly. "Why don't Grammy and Grampy want Charlie's moms to get married? That's not fair."