How I learned the secret rule of grief

After I lost my family, I refused to believe how long it would take to heal. Now I see the wisdom in that number 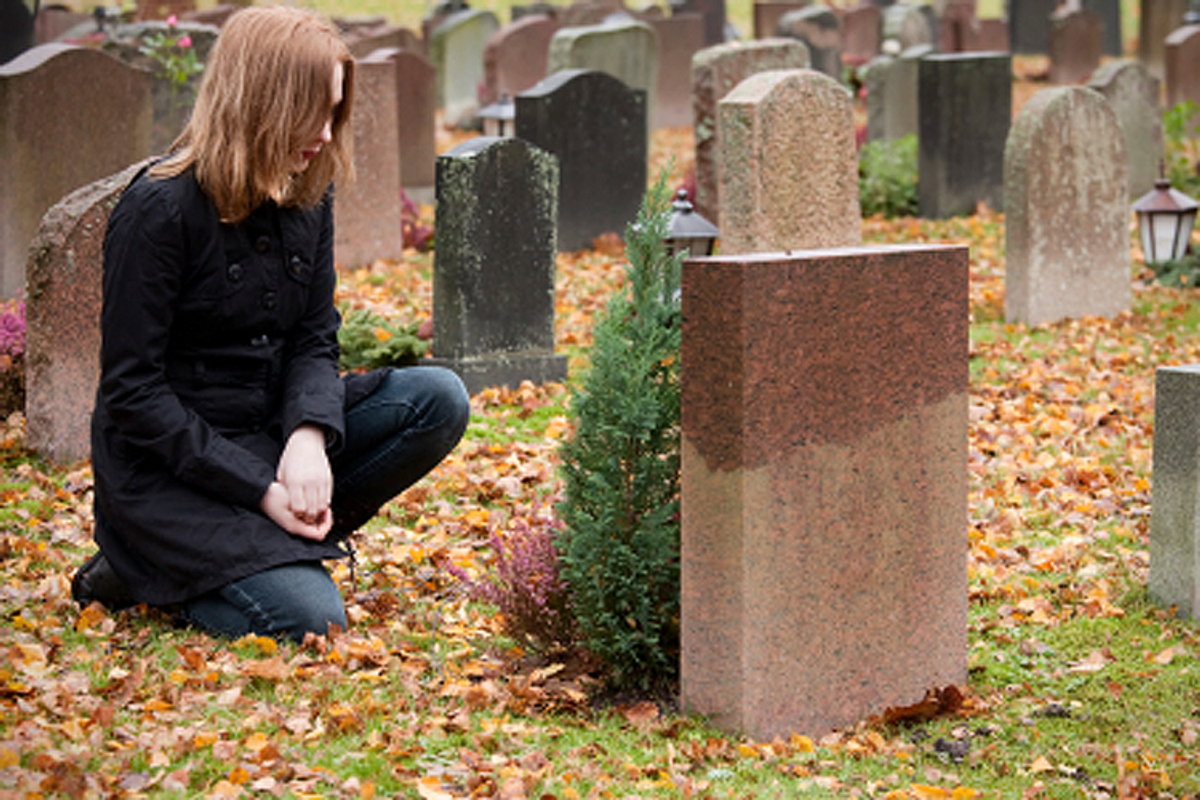 Four years. I nod my head in agreement as the nurse keeps talking. I am in the medical center for a routine blood draw, to track the thyroid condition I've lived with for most of my life. But the nurse is not talking about the levels of thyroid stimulating hormone in my blood. She is telling me about her husband, who has started to answer the phone again four years after his father died "suddenly."

The word "suddenly," like "unexpectedly" is code for suicide. I instantly know what she is trying to say. I live in a small town; she surely has heard about the recent sudden and unexpected deaths in my family. My brother in September, my father in March, with my mother's cancer death right in between. Everyone in town knows the story by now. It is April.

Good Yankee girl, though, she understands stoicism and asks no questions except, "How are you doing?"

She does, however, launch into this story. She tells me how long it has taken her husband to recover from his father's death. How many years it takes to climb back up from getting the call that takes you to the floor. She tells me how happy she is he can go out again, see family again, and answer the phone. After four years.

I look at the needle in the crook of my arm, the vial filling with my blood. I accept her Band-Aid and try to smile.

I sympathize, empathize even. But I sincerely believe it will NOT take me four years to recover. There's no way. I have an 8-year-old son I am homeschooling. I have to be there to explain long division and spell words like "ubiquitous." These details are my lifeline. I can't fall apart now, even for a little while, and certainly not for years. It makes no difference that I've lost my entire family of origin inside six months.

Looking back now, I see the difference it made, though it wasn't the one I feared. I didn't fall apart. I kept right on going, and learned a lot about asking for help and honoring my limitations. Still, I wasn't quite me. I measured everything by how much better it was than the day, week or month before. I noted the first time I could fall asleep without my husband in the room with me, and knew I was feeling safer. Or the first time I cried when "Sweet Child of Mine" played on the radio and I realized the numbness was fading. And later still, when I heard the song and didn't need to cry. I became expert at measuring the distance I was traveling away from the visions of loaded ambulances and empty houses.

What I couldn't see, though, was how far I had to go. That was probably best that way. It would be too cruel if you fully remembered what it was like to laugh, dance and sing, without being able to make your way to the dance floor, or even hear the song. Each step took a day, each song a month, until years had passed since a ringing phone signaled devastation.

The third year was the hardest. I started to see the celebrations in life again, but only to name them and move on. I could go to a concert and listen to music, but it was more accomplishment than enjoyment. Every holiday brought its haunting from seasons past; July fireworks sounded too much like guns, and I had nowhere to go at Thanksgiving. When our favorite Korean restaurant stopped serving on Thanksgiving Day, our family of three found ourselves eating pizza at Price Chopper. I had survived, but this was not the atmosphere I wanted for my son.

Then, I reached the magic number. Four years. It turns out, that nurse was exactly right. It's been that long now and I have all of my senses back. The awakening started last summer when I visited my mother's sisters and saw her face, my face, alive in them. And it spread when we went to my husband's family reunion and made more connections. We discovered we were not alone.

The healing continues as I watch my son learn, cheer at his wrestling matches, and pick on his puns. I now walk by our brook and feel the pure bliss of spring sunshine on my head. I'm reading Buddhist philosophy and playing the Avett Brothers CD and telling everyone how amazing these things really are.

As it was for that long-ago nurse's husband, one of the hardest things has indeed been answering the phone when it rings. I still hesitate. There's always the possibility of unbearable words on the other end. Instead, I find it's likely to be a friend excited about her newest pug puppy, or neighbors offering to bring over a cheesecake, and I am glad I answered the call.