What if we lose Pakistan to China

Why America's waning influence on the Muslim nation could be good news for both the U.S. and India 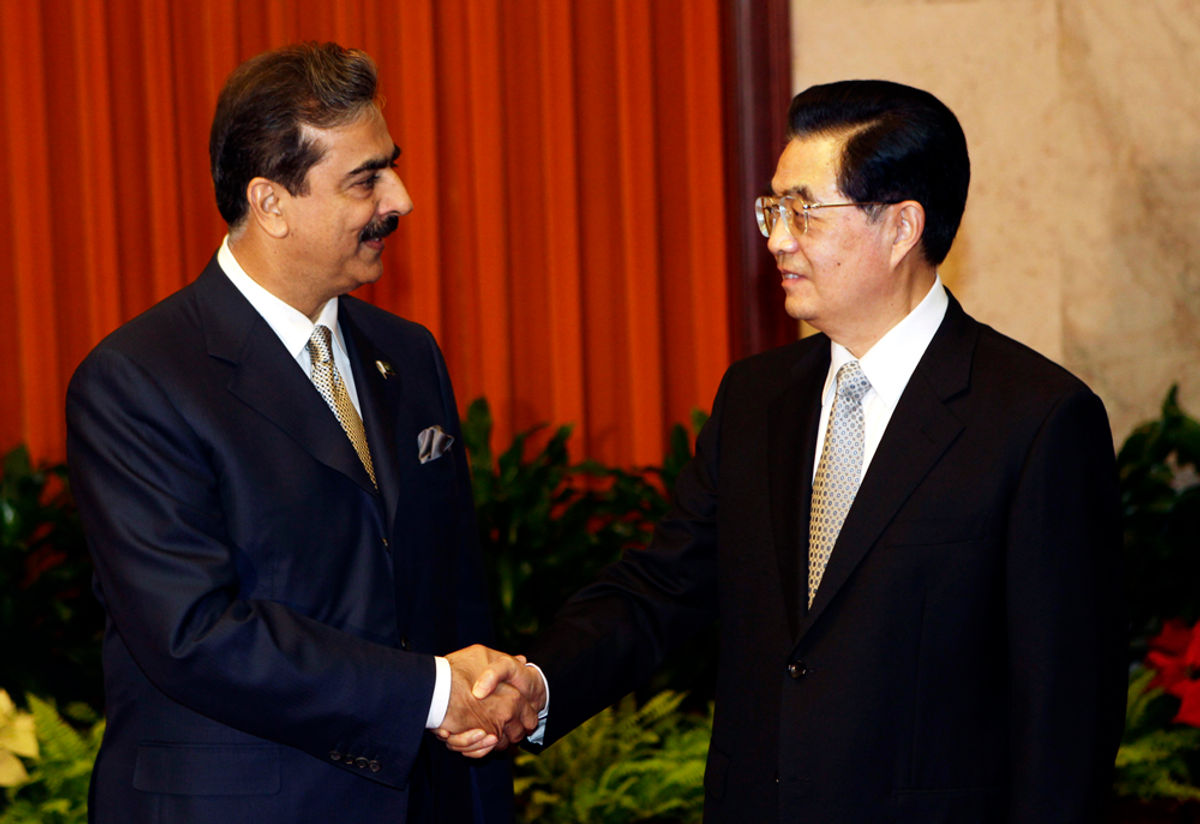 NEW DELHI, India -- With a U.S. withdrawal from Afghanistan on the horizon, India has been caught between cheering Washington's moves to rein in Pakistan's military and bewailing the possible fallout if America "loses" Pakistan to China.

Unlike the United States, which can take its guns and go home, India will have to deal with the fallout of the war in Afghanistan and Pakistani radicalism for the next decade.

A resurgent Taliban and the return of a radical Islamic regime in Kabul could create a new safe haven for anti-Indian terrorist groups like the Lashkar-e-Taiba -- the Pakistan-based terrorist organization responsible for the November 2008 attacks on Mumbai.

Some analysts fear that even as Islamabad works to bring the Taliban on board for a peace deal in Afghanistan, the Taliban leadership may help broker a settlement between Pakistan and various domestic terrorist groups like the Tehrik-i-Taliban, uniting the various jihadi organizations to focus on India, according to Indiana University professor Sumit Ganguly.

Realistically, the United States won't cut and run in 2014, but it will reduce its presence and convert its counterinsurgency operations into "counterterrorism plus," says Christine Fair, a professor at Georgetown University's Center for Peace and Security Studies.

The recent move to freeze $800 billion in military aid to Pakistan is probably as much a signal to Congress that the State Department knows what it's doing than an indicator of any real plans to change horses midstream.

But let's play what if.

Despite concerns about China's rising influence in the region, losing Pakistan -- an unlikely, if not impossibly bold maneuver -- could be the most profitable move Washington has made in the War on Terror since Sept. 11. And India could benefit even more than the United States.

The conventional wisdom in New Delhi is that China uses Pakistan as a tool to thwart India's rise as a regional power, while Beijing sees the growing strategic partnership between India and the United States as part of a broader effort to prevent China from developing interests any further afield.

But even though there is more than a little truth in those perceptions, the United States may have an opportunity to create a paradigm shift in the politics of the region with a change in the way it views Pakistan -- paradoxically gaining influence by ceding power.

For 50 years, America has endeavored to create a strong, democratic ally in Pakistan by doling out billions of dollars in economic and military aid, only to watch with horror as it emerged as one of the most virulently anti-American countries in the world and a covert sponsor of terror, Lawrence Wright argued convincingly in a recent issue of the New Yorker.

Because aid flows through the military establishment and the Inter-services Intelligence Directorate (ISI), it seems, American cash has empowered a shadowy regime of spooks and soldiers at the expense of the legitimate civilian government. But that's not the only compelling case for turning off the tap now, as Islamabad attempts to extort a dominant role for Pakistan in post-war Afghanistan.

Washington could save billions of dollars a year and stick Beijing with the bill at a single stroke, even as it alleviates Chinese fears of containment or encirclement by granting it equal responsibility for guaranteeing security in its own backyard.

More importantly, granting China that responsibility would likely compel Beijing to take a leadership role in managing and reforming Pakistan, rather than stirring up trouble with the confidence that the U.S. is riding herd. It would also address a simple reality: China already exerts more influence over Pakistan than the United States.

Moreover, paranoid fears aside, Beijing has repeatedly shown it has no interest in pushing Pakistan over the brink. In 1999, the Chinese thwarted Gen. Pervez Musharraf by refusing to support him in the Kargil War against India, for instance. Likewise, it was Beijing (not Washington) that induced the Pakistani government to send troops in to root out Islamic militants barricaded in the Lal Masjid in 2007.

"It is Pakistan that wants China more than China wants Pakistan," said Suba Chandran, director of the New Delhi-based Institute for Peace and Conflict Studies.

Neither the United States nor India can match China when it comes to playing hardball with Pakistan's military establishment. But both strategic partners could do a great deal more to promote Pakistan's civilian institutions if they focused on trade, according to Shuja Nawaz, director of the South Asia Center of the Atlantic Council.

For instance, by expanding so-called "reconstruction opportunity zones" -- where manufacturers enjoy preferential tariffs for exports to the United States -- America could reduce the need for humanitarian aid at the same time it strengthens its economic ties with civilian Pakistanis. Similarly, removing various roadblocks could boost trade between India and Pakistan from today's $2 billion to $42 billion a year -- creating a strong, new economic impetus for peace that might well spill over into Afghanistan.

"The pressure will grow on the military establishments to tone down their rhetoric and stop talking to each other as adversaries as the two countries economies are increasingly going to be linked," Nawaz said.

If, that is, China and India can resolve a niggling border dispute and Washington can convince Beijing that the Indo-U.S. strategic partnership is not part of a secret plan to keep China down.