Greenspan: US "Can pay any debt it has"

"We can always print money," says former Fed chair indicating that S&P downgrade is about something else 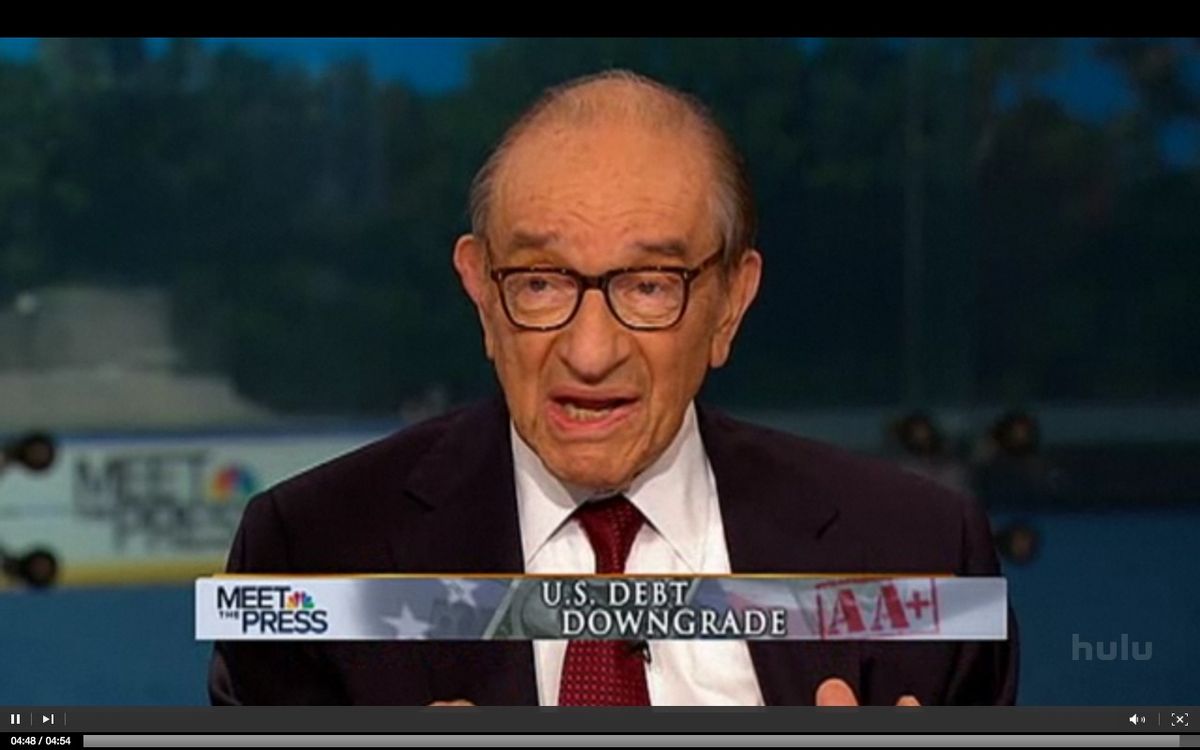 Former Federal Reserve chairman, Alan Greenspan, reiterated a point Sunday that many economists have made during this debt crisis: It's not just about creditworthiness.

"The United States can pay any debt it has because we can always print money to do that. So, there is zero probability of default," said Greenspan on NBC's "Meet the Press."

He said that the S&P downgrading of U.S. debt -- more than indicating a genuine risk of default -- "hit a nerve that there's something bad going on." He said the move "hit the self-esteem of the United States, the psyche… . It’s having a much profounder effect than I conceived could happen."

Greenspan said too that the downgrade would likely precipitate market turmoil, but that the possibility of a double-dip recession depended on Europe..