Roseanne Barr put the working class in prime time. Even if her presidential campaign is a joke, we need her voice 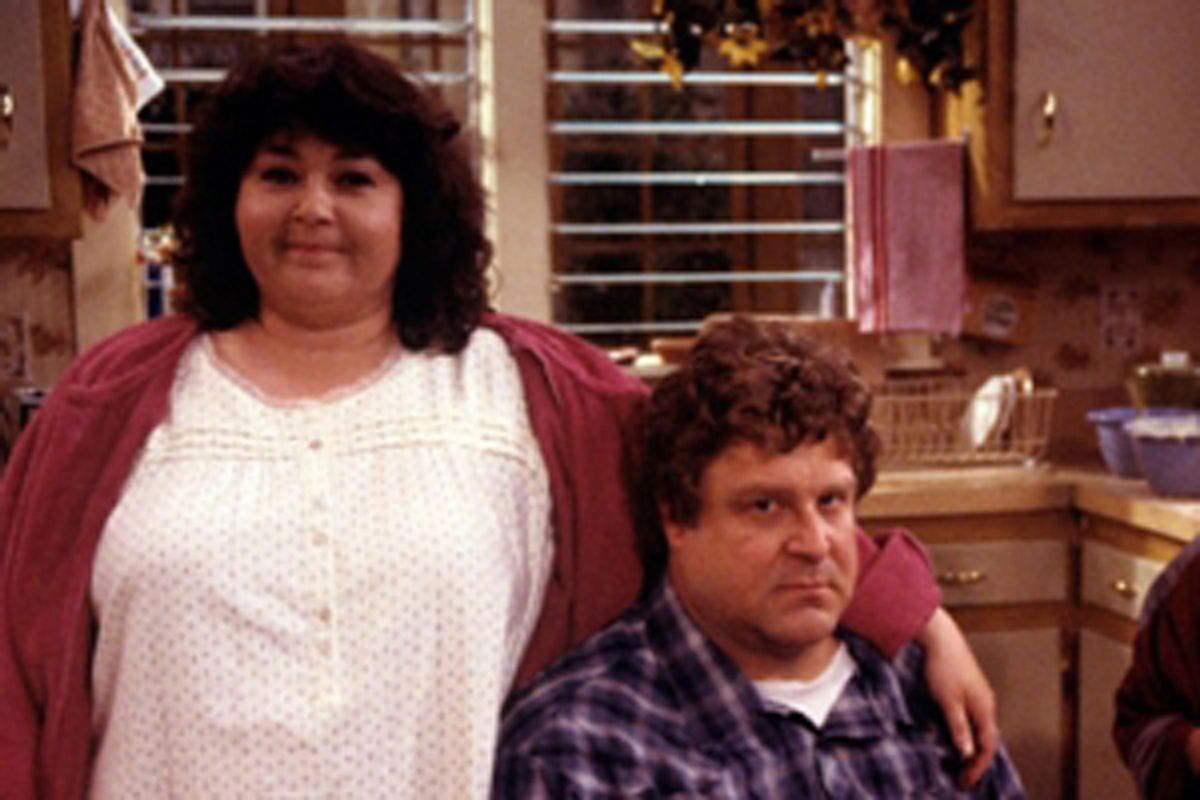 Roseanne Barr and Dan Goodman in a scene from "Roseanne"
--

Even as I knew it to be an elaborate performance gag, when Roseanne Barr told Jay Leno on "The Tonight Show" last week that she had decided to run for president, I felt a cheer rise in my throat.

I wouldn't vote for most comedians for condo-board secretary, but I have a soft spot for Roseanne. To me, Roseanne is more than just another entertainer. She was an award-winning, powerhouse champion of the working-class American family while I was growing up in one, portraying a slice of America that the rest of network television tried to pretend away. Years later, that still means something to me. I suspect I'm not alone.

Growing up, I watched a lot of TV, virtually none of it educational in a traditional sense. My parents both worked strange and exhausting hours, so chauffering us to rec league soccer practice and the like was not going to happen. We went home after school and, bored out of our skulls, memorized every re-run of "Night Court." (We did learn what "solicitation" meant, marking those hours not quite wasted.)

My stepfather worked as a maintenance electrician at a steel mill outside of town. The work was hot and dirty and frankly, beneath his talents and intellect, but a paycheck was a paycheck -- and however you looked at it, his laundry still had to be done. That was my job, to monitor his jumpsuits and ensure he always had a clean one for work. More than 20 years later, I can still smell and feel the layer of industrial dust mixed with sweat coating the rough canvas as I stuffed as many as would fit into the washing machine during a commercial break, hoping they would be ready by the time he left for work.

I studied shiny, middle-class TV families like the Cosbys and the Seavers with an anthropologist's eye, making notes for my future, which I had decided would never put me on the swing shift: graduate school, briefcase, expensive, colorful sweaters.

But I watched "Roseanne" with a sort of religious devotion. Their little house on the corner of Third and Delaware looked like our house: small rooms, mismatched furniture, haphazard quilts. Unlike most TV sets, Lanford looked like my crappy little Heartland town, with similarly dismal prospects for employment and entertainment, the closest city hours away by unreliable car.

And here were parents like my own -- a mother frighteningly articulate, hilarious and loud, overworked and underemployed, futilely dieting and heating up fish sticks for dinner; a father who built and fixed things for a living, who wore thick work gloves and steel-toed boots. Kids who were, in the looks and smarts departments, average-to-questionable like me.

It was like discovering home movies you never realized were being made. What could we learn about ourselves in this half-hour every week?

Well, for one thing, we saw that our mother could end up waitressing at the mall if she lost her job at the hospital. (As if I wasn't enough of an anxious middle child already. ) And yet I continued watching. "Roseanne" was honest, replacement Becky notwithstanding. In the Conner household, name-brand jeans were not a birthright, but a rare treat to be coveted, earned or denied. Dan wasn't an idiot, Roseanne wasn't a martyr, and nobody in authority ever tried to reach the kids through an awkward educational rap.

Barr didn't create the first working-class TV family, but she did create the one that felt like the writers were peering into my kitchen window, taking notes while we fought mercilessly over the last chocolate pudding cup. We often look to art to reflect images of ourselves, and if that image was not always beautiful or orderly on "Roseanne," it was an image I hungered for -- tired people in ugly sweatshirts clocking in at jobs they disliked with a joke on their lips, a reality to balance all the TV fantasy -- even as I looked forward to a brighter, college-educated future.

The working-class life is a fragile one, always two lost paychecks and an ER visit away from financial disaster -- as those who thought they would always be middle-class have been busy learning in recent years. I am reminded of it now as I file for my own unemployment check and send in my COBRA payment, another laid-off journalist with a creative-writing degree starting over, Darlene all grown up.

I don't think it's a coincidence that Barr has resurfaced now, with a new memoir and a Lifetime reality show about wacky adventures on her Hawaii macademia farm to accompany her presidential bid. We've missed our fallible yet tough matriarch, and we need her to speak the truth as she sees it now more than ever.

In a May essay in New York magazine about the dysfunction and misogyny behind the scenes of network television, Barr doesn't points out how her show, 14 years after its end, remains ahead of its time now, "when Americans are, to use a technical term from classical economics, screwed."

Maybe there are only so many television housewives, real or desperate, we can stomach before we find ourselves longing for images of women who work the line at a plastics factory; women who open a modest sandwich joint rather than a glitzy low-cal margarita line, women who understand the very pointed difference, as the mothers in my neighborhood did, between staying at home and not having a job.

And so if Barr's candidacy sounds like a joke, it's a delightful one at least -- she told Leno she'd forgive student loans and other debt, legalize marijuana, eliminate taxes and return us to a primitive agriculture-based barter system because, as she zinged, "you can't eat money."

On her website, Barr writes, "I'm tired of watching as men destroy all the world. Everything used to be beautiful when women were in charge, and now I, working as the physical manifestation of the goddess Isis and the reincarnation of Cleopatra, have decided to save the world."

It is unhinged and loopy, as jokes go. And yet. Re-hire Joss Whedon and Judd Apatow, Roseanne, and get Amy Poehler on the line -- you have a new "West Wing" to create, starring Isis and Cleopatra at the G-8. Certainly, that fantasy is more appealing than the current reality.

I would watch the hell out of that show -- if I still had cable.