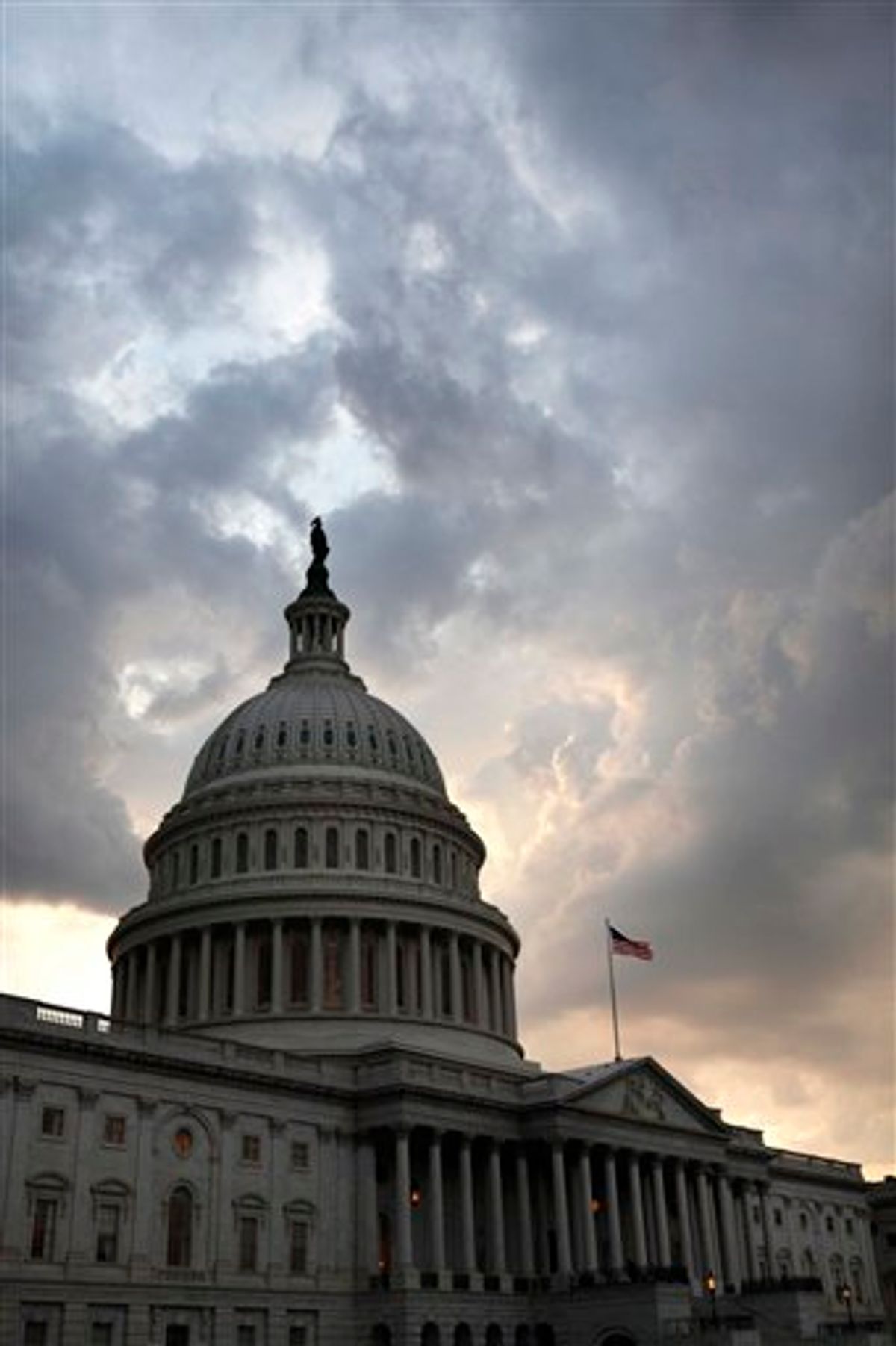 FILE - This Monday, Aug. 1, 2011 picture shows the U.S. Capitol just after the House voted to pass debt legislation on Capitol Hill in Washington. Credit rating agency Standard & Poor's says it has downgraded the United States' credit rating for the first time in the history of the ratings. The credit rating agency says that it is cutting the country's top AAA rating by one notch to AA-plus. The credit agency said late Friday, Aug. 5, 2011 that it is making the move because the deficit reduction plan passed by Congress on Tuesday did not go far enough to stabilize the country's debt situation. (AP Photo/Jacquelyn Martin) (AP)
--

Officials at Standard & Poor's are downgrading the credit ratings of Fannie Mae and Freddie Mac and other agencies linked to long-term U.S. debt.

The agency says it has also lowered the ratings for: farm lenders; long-term U.S. government-backed debt issued by 32 banks and credit unions; and three major clearinghouses, which are used to execute trades of stocks, bonds and options.

All the downgrades were from AAA to AA+. S&P says the agencies and banks all have debt that is exposed to economic volatility and a further downgrade of long-term U.S. debt.

Officials at Standard & Poor's say they will also indicate shortly how local and state governments will be affected by their decision on Friday to lower the long-term U.S. debt from AAA to AA+.