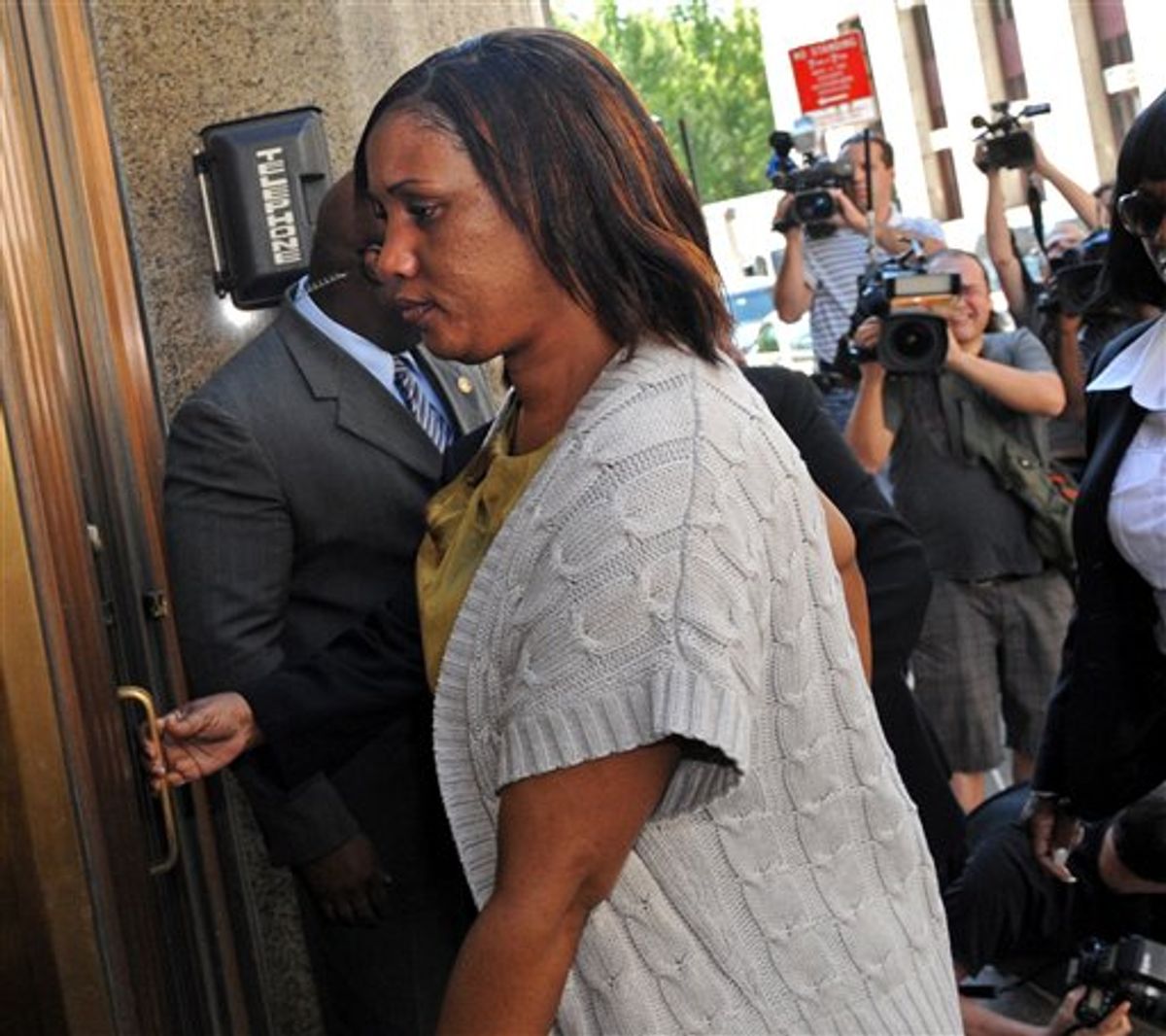 A hotel maid who accuses ex-International Monetary Fund boss Dominique Strauss-Kahn of sexual assault sued him Monday, seeking unspecified damages as a result of what she calls the "violent and sadistic" attack in a room at the upscale Sofitel hotel.

Lawyers for the maid, Guinean immigrant Nafissatou Diallo, wrote in the lawsuit that Strauss-Kahn "intentionally, brutally and violently sexually assaulted Ms. Diallo and in the process humiliated, degraded, violated and robbed Ms. Diallo of her dignity as a woman."

The lawsuit says Strauss-Kahn injured her shoulder, bruised her vagina, tore her pantyhose and violently grabbed the back of her head during the attack.

The lawsuit, filed in state court in the Bronx, accuses Strauss-Kahn of acting like a common criminal afterward, fleeing the midtown Manhattan hotel so quickly that he left behind traces of his semen, along with bloody tissues.

"In his haste to flee the scene of a crime, he rushed out of the hotel with toothpaste smeared on the outside of his mouth and was looking over his shoulders," the lawsuit said.

A lawyer for Strauss-Kahn didn't immediately respond to phone message seeking comment on the lawsuit Monday.

Strauss-Kahn, widely seen as a potentially successful French presidential candidate before his May 14 arrest, was pulled off a plane and detained hours after Diallo reported she was attacked. He has pleaded not guilty to charges of attempted rape and other crimes. He and his lawyers have called a series of interviews Diallo conducted in recent weeks "an unseemly circus" designed to inflame public opinion.

Strauss-Kahn, who's 65 and married, resigned his IMF post after his arrest. He was freed from house arrest last month after prosecutors said publicly that they had discovered facts that cast doubt on his 32-year-old accuser's credibility.

Prosecutors have said Diallo lied about her background -- including telling them an emotional story of being gang-raped in her homeland. She says now she was raped but not in the manner she described as part of an application for U.S. asylum.

Strauss-Kahn, who isn't permitted to leave the United States, is due back in criminal court Aug. 23.