It's make or break time in Wisconsin 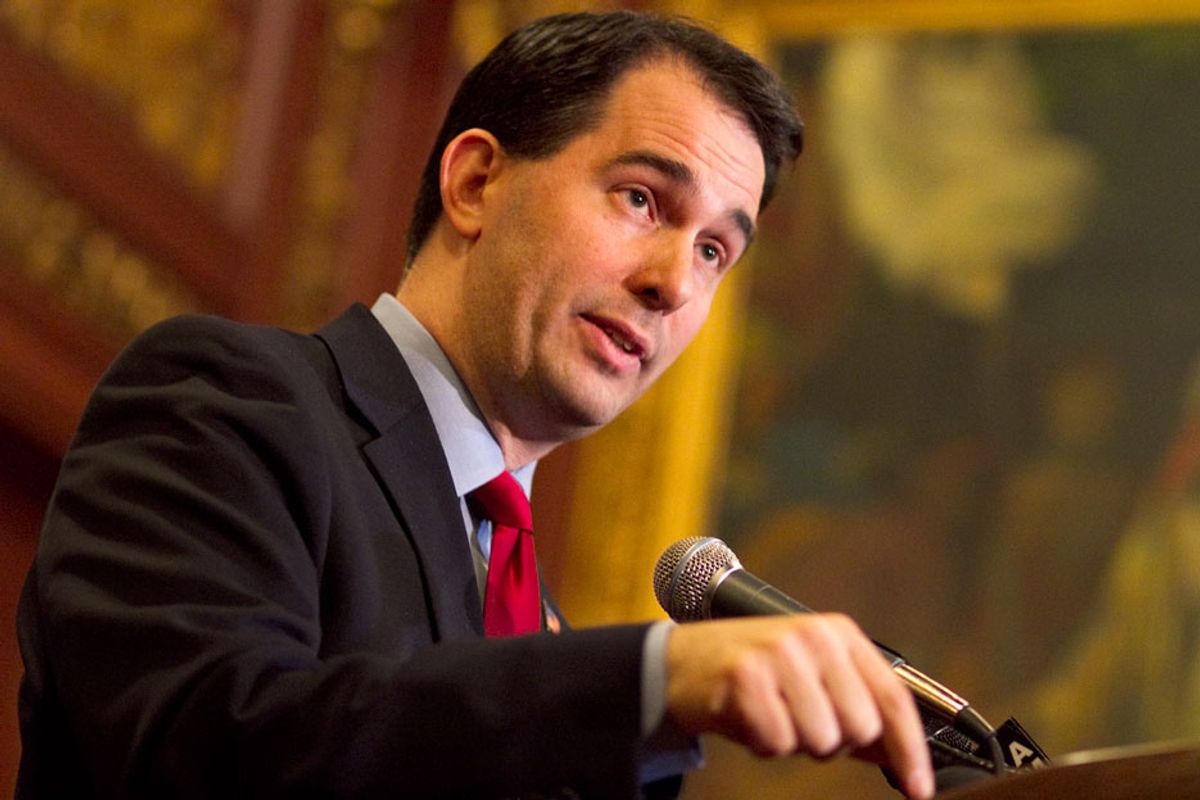 For six months, in response to Wisconsin Gov. Scott Walker's move to strip public workers of collective bargaining rights, labor supporters, progressives and Democrats have pushed pack with protests, demonstrations and -- the culmination of it all -- a campaign of recall elections aimed at flipping the state senate from GOP to Democrat control. On Tuesday, the recall efforts will reach their make or break moment.

The elections are being read as a referendum on Gov. Walker's agenda -- specifically his efforts to curb union rights, which have been followed by GOP governors in other states. As we reported last week, more than $30 million -- from the left and the right -- has been poured into the recall efforts by interest groups from around the country who believe that the outcome in Wisconsin will set the stage for a national fight over unionized labor. Walker cannot himself face a recall yet (elected officials must serve over a year of a given term before they can be recalled and he only took office in January) but success for the Democrats now would build momentum for a recall effort against Walker in 2012.

What results are expected?

It's far from clear. The Washington Post's Greg Sargent reports that "Democrats are very nervous," while the National Review's Robert Costa writes that "Republicans are worried." Despite millions having been spent on TV ads, mailers, and rallying events on both sides, voter turnout is still a concern. As Sargent notes:

[Democrats] claim their private polling shows them ahead or tied in all six races targeting GOPers for recall, while the two Dems being targeted seem safe. Beltway observers like Stuart Rothenberg are confident Dems are on track to win. In reality, Democrats know full well their bid to take back the state senate could still fail... Here’s why. While it’s become a tedious cliche to point out that in the end elections all come down to turnout, in the case of the Wisconsin recall elections it really will prove decisive.

Here is a brief run down of each race with predictions for their outcomes, which – as Sargent notes – could prove well off the mark come Tuesday:

Darling, a state senator since 1992, is considered perhaps the key target in these recalls. She is a close ally of both Walker and Wisconsin Republican Rep. Paul Ryan -- Congress' self-identified fiscal hawk du jour. Meanwhile, Pasch has strong ties with the state's union movement. The race has drawn big money (reportedly $8 million combined, largely from outside interest groups) and although Darling is considered to have a very slight upper hand, the result could really go either way.

Since his election to the state legislature in 1994 representing a conservative rural area, Olsen has never faced a Democratic opponent. However, his progressive opponent, Clark, looked to be marginally leading in polls last week in what has been the dirtiest of the recall races. Olsen's campaign has viciously attacked Clark, claiming he has failed to pay child support in the past and showing a TV ad with footage of the Democrat hitting a cyclist in his car. Currently, it's a toss-up.

Hopper, a radio station owner with Walker in his corner, is looking like a slightly easier target for Democrats (owing largely to his affair with a 26-year-old staffer going public as well as anti-Walker sentiment in his district). King, a local mayor, lost to Hopper in a Senate race in 2008 but, of course, the playing field has since changed dramatically. The race will be a close one, but as it stands, King might just have the advantage.

Kapanke looks to be the most vulnerable of the Republican incumbents. His district has a strong Democrat base and Schilling has played up Kapanke's support of Walker. A poll conducted in June for the liberal Daily Kos put Schilling as many as 14 points ahead, and her support has not waned in the run up to the recalls.

Union organizer Moore faces a big challenge ousting Harsdorf, a mainstay in the state legislature for over two decades. Union support for Moore means the race could still be a close one, but the Republican is favored.

This looks like the strongest race for Republicans. Polls show Cowles locked in a relatively close contest with Nusbaum, a former local mayor, but the incumbent's moderate credentials and long service make Cowles the favorite in what is a Republican-friendly district.