Recall campaigns have focused on abortion, but the fight over collective bargaining is about women's rights too 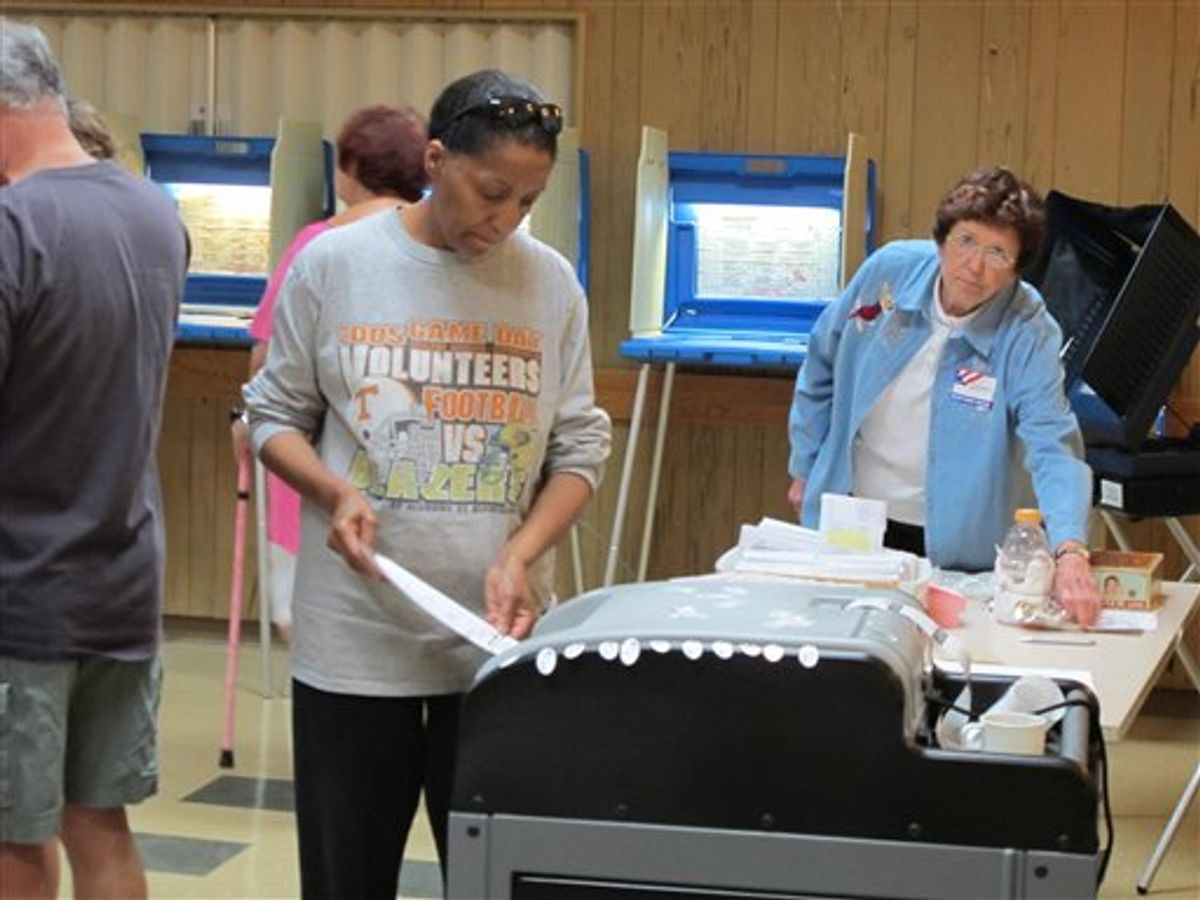 On Tuesday, as six GOP Wisconsin senators face recall elections, five of their six Democratic challengers are women. And this should come as no surprise. Women have been at the center of the Wisconsin fight over union rights since it kicked off. The ways in which women and women's issues have featured in recent Wisconsin politics have, however, changed -- even in six short months -- from a small number of commentators arguing that workers' rights are women's rights early this year, to the broad inclusion of women's choice issues in the recall campaigns.

When Gov. Scott Walker first launched his proposal to strip public workers of collective bargaining rights, the issue of women's rights was raised by a cadre of writers and activists, who noted that women would be particularly hard hit by his efforts. Walker exempted firefighter, police and state trooper unions from his plan -- the only unions that tend to support Republicans. These are also the unions overwhelmingly constituted by male workers. The unions he did not exempt, however, as Dana Goldstein pointed out at the time, "represent professions that are disproportionately female -- approximately 80 percent of teachers are women, for example, as are 95 percent of nurses."

Although union rights and women's rights were equated by a number of Walker's critics, Alyssa Battistoni noted on Salon in February that it was still "the dirty secret of union busting" that women and minorities stand to lose the most when unions are stripped of their power.

Eventually, women's issues came to play a role in the recall campaigns, with Democrats playing up abortion rights in an effort to rally female voters. The Washington Post noted this week that "women's issues have become a dominant theme" and EMILY’s List, the campaign organization dedicated to electing pro-choice, Democratic women to political office, has been heavily involved in Wisconsin.

At the same time, pro-life advocacy groups have boosted Republican campaigns. Wisconsin Right to Life stated in a press release: "No matter what you hear about the nine State Senate recall elections that will take place on August 9 and August 16, it’s really about the rights of the unborn."

Stephanie Schriock, the president of EMILY’s List, told the American Prospect that the women's issues at stake now "are wrapped up together" in Wisconsin:

I think this election is really about the overreach of the Republican Party in Wisconsin and will be the foreshadowing of what the 2012 election will be. In this case, the main driver here is about collective bargaining. So it’s going to be about the economy and about the ability for women to have opportunities to succeed: education, collective bargaining, health care, the ability for women to make their own personal choices in their lives.