It's a partisan move, but at least we're seeing a challenge to the cozy Hollywood-Pentagon relationship 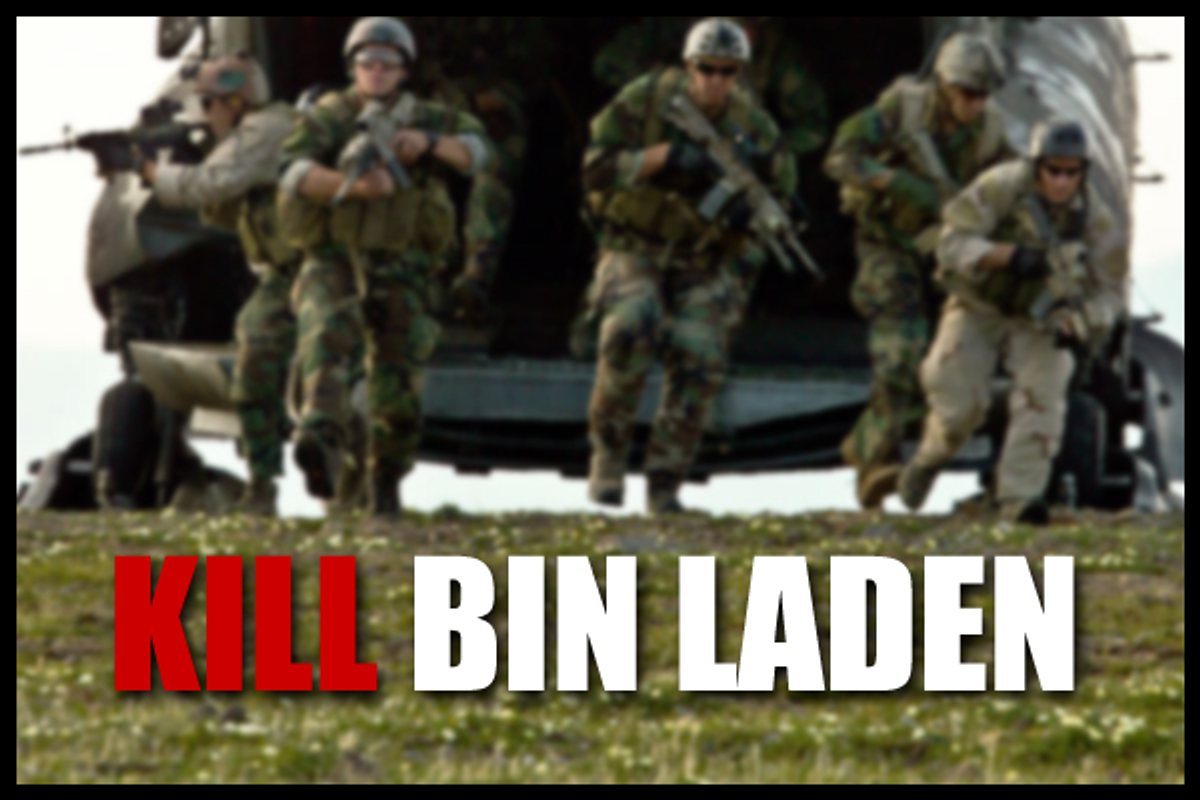 Since the state-supported "Wings" won the first Academy Award in 1927, the United States government has worked closely with Hollywood to promote, glorify and celebrate state-sanctioned violence and the importance of the armed forces in our society. In the 1980s, this partnership became a full-on Military-Entertainment Complex -- and, as I document in my recent book "Back to Our Future," it is highly political. The Pentagon grants and denies filmmakers access to taxpayer-owned military hardware on the basis of those filmmakers' ideology and message. The result is that pro-war films are effectively granted huge taxpayer subsidies whereby the government underwrites the studios' use of military planes, boats and hardware. Anti-militarist films, by contrast, are often barred from even photographing the same hardware.

This has created a dynamic whereby studio executives have been quoted publicly telling screenwriters that if they cannot get Pentagon approval for a movie, they shouldn't expect their movie ever to get made. This is why for every one vaguely antiwar movie that makes it to the theater we get dozens of blockbusters that glorify war and the military (For more on the history of the Military-Entertainment Complex, see my previous reporting here, here and here).

It all started with Maureen Dowd's column on Sunday which fleetingly mentioned that the White House is working directly with Kathryn Bigelow and Mark Boal on an election-year movie about the killing of Osama bin Laden. Dowd reported that the Pentagon is providing special "top-level access to the most classified mission in history." CNN later quoted the Pentagon's official Hollywood liaison, Phil Strub, confirming that he has met with Bigelow about the project since bin Laden was killed.

Strub has long been one of the key masterminds of the Military-Entertainment Complex -- a guy famous in the entertainment industry for his heavy handed use of quid pro quos with studios. As with so many projects that involve Strub and the Military-Entertainment Complex, access to public property -- in this case, documents/information about the bin Laden mission -- is likely being granted to filmmakers in (tacit) exchange for ideological loyalty to the Pentagon's carefully crafted militarist message. Such access is probably not being granted so easily to other filmmakers/journalists interested in making a more objective film, let alone one highly critical of the administration's execution of the "War on Terror."

Until now, congressional Republicans (much like their Democratic counterparts) haven't had anything to say about this kind of sordid collusion between government propagandists and Hollywood. That's because that collusion has served to stealthily amplify standard Republican hawkishness and warmongering via the seemingly apolitical conduits of popular culture (Think: "Top Gun"). But now that the Military-Entertainment Complex appears to be serving the GOP's partisan opponent, Barack Obama, the Republican Party is up in arms.

Specifically, House Homeland Security Committee Chairman Peter King, R-N.Y., today sent a letter to the Central Intelligence Agency's inspector general demanding an immediate investigation into the government-Hollywood collusion. King specifically indicts the practice of granting ideologically compliant filmmakers special access to government property and information that should be available to all. He writes:

The Administration's first duty in declassifying material is to provide full reporting to Congress and the American people, in an effort to build public trust through transparency of government. In contrast, this alleged collaboration belies a desire of transparency in favor of a cinematographic view of history.

Considering King's previous silence on these problems inherent to the Military-Entertainment Complex as a whole, we can assume he's not coming at this issue from any position of principle. For the New York Republican, this is about partisanship and trying to prevent a particular piece of propaganda from aiding his political opponent. Indeed, it's safe to say that if President George W. Bush had used the Military-Entertainment Complex to help get a GOP-glorifying 9/11 movie made in advance of the 2004 election, King would have fully applauded the "cinematographic view of history," rather than call for a critical investigation of it.

However, regardless of King's opportunistic motives, his move finally creates the possibility for a more comprehensive look at how our government as a whole -- whether under Democratic or Republican administrations -- now regularly and systemically uses taxpayer resources to suffuse our popular culture with "cinematographic" militarist ideology, and uses those same taxpayer resources to try to prevent anti-militarist messages from being aired.

If and when King holds hearings into this specific matter, we could finally get to the truly important questions that must be asked -- questions like: Why is the government allowed to selectively grant and deny access to military facilities/hardware based on a filmmaker's willingness to change their content? Why does the military employ an entire film office that is in the business of line-editing screenplays so that they are more pro-military and/or supportive of a sitting presidential administration? And how can the government deny filmmakers access to public property on the basis of those filmmakers' particular political ideology?

These are huge questions that would expose one of the most powerful and least examined instruments of propaganda in our society -- propaganda that has played a pivotal role in structurally reorienting our society around war. With wars raging and a military budget bankrupting our society, King's move could inadvertently uncover some of the huge but unseen factors that keep us committed to a destructive militarist theology.