The story behind the Nike Swoosh

One of the most recognizable symbols in advertising turns 40 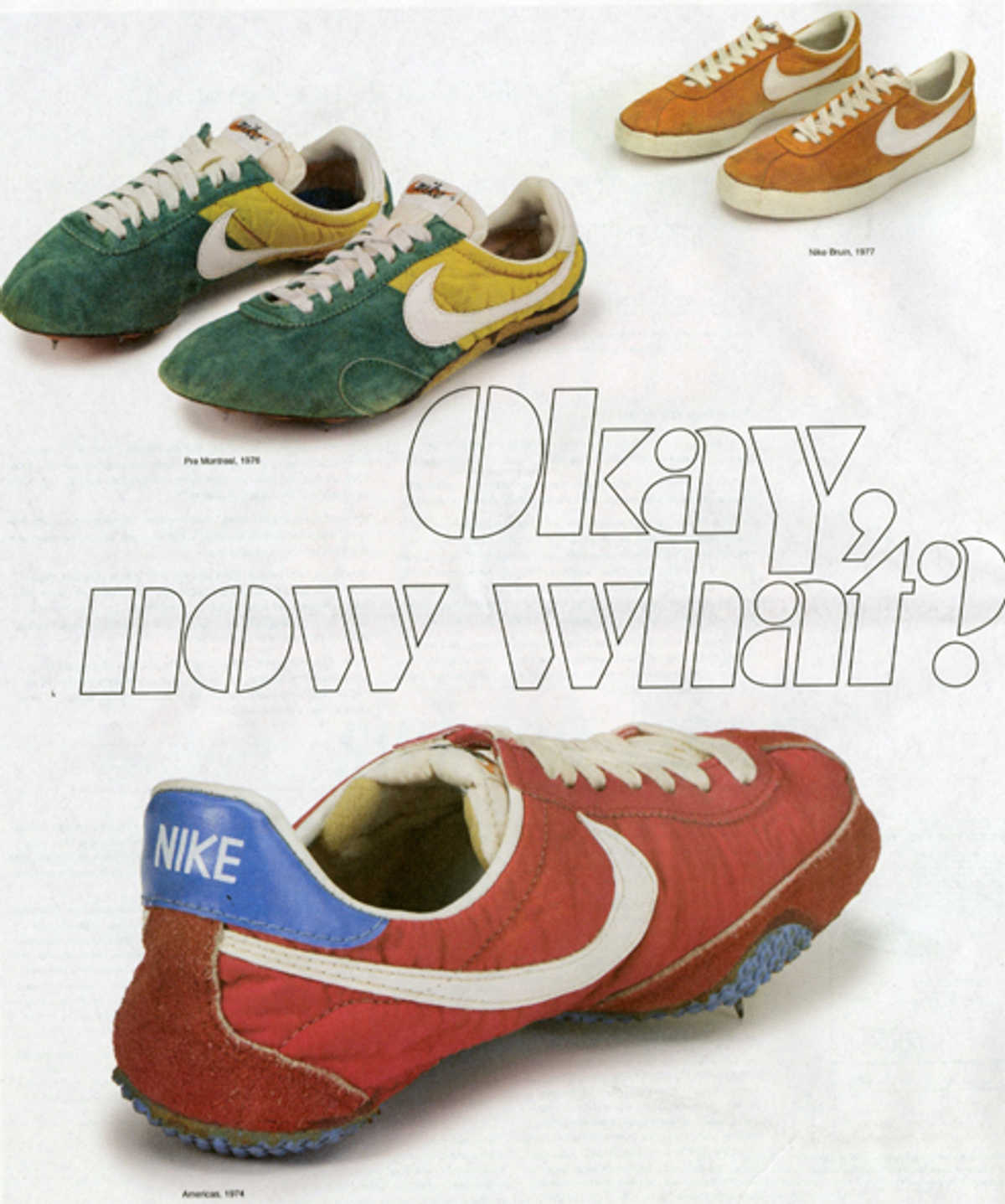 Funny how 40 years swoosh by: June 1971 is the date the Nike Swoosh was launched. Designed by Carolyn Davidson for $35 -- a "Bargain Brand," the Dept. of Nike Archives notes in its extraordinarily understated tabloid-size newsprint history of the mark (produced for the "benefit of Nike employees"). What others might take an entire book (and many trees) to convey -- explaining the origin and history of the Swoosh logo -- the "DNA" accomplished in a mere 28 pages.

Included are commentaries by designers, design critics and former employees and recollections by Phil Knight, the co-founder of Blue Ribbon Sports (BRS) that evolved into Nike.

The origin of the mark goes like this: Knight wanted to differentiate BRS's custom product from the ones they were importing from Onituska in Japan: "... so Knight turned to a graphic design student he met at Portland State University two years earlier." One day in 1969, the student, Carolyn Davidson, was approached by Knight and offered $2 per hour "to make charts and graphics" for his business. For the next two years Davidson managed the design work on BRS. "Then one day Phil asked me if I wanted to work on a shoe stripe," Davidson recalled. The only advice she received was to "Make the stripe supportive of the shoe." Davidson came up with half a dozen options. None of the options "captivated anyone" so it came down to "which was the least awful."

Well, the rest is history. And the Swoosh emerged from "the stripe" and is one of the most recognized logos in the world.