Stewart: What the hell is going on in Britain? 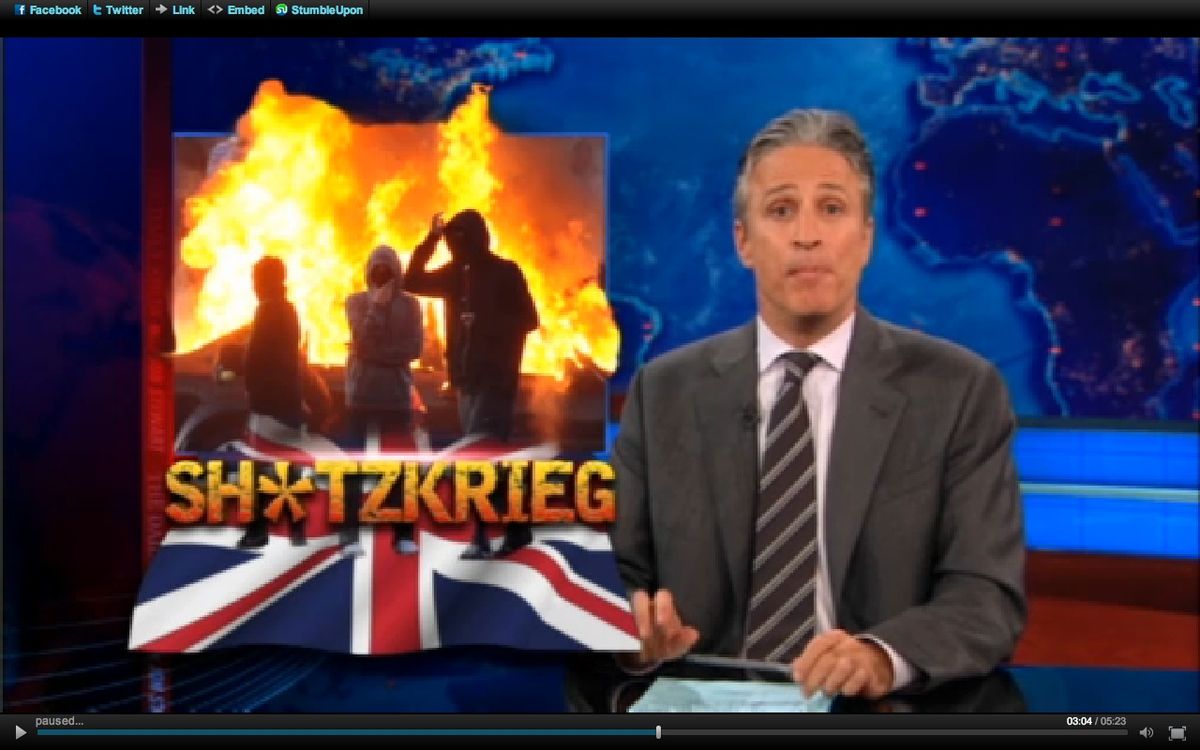 Jon Stewart on Tuesday night offered some brief thoughts on the recent rioting in London.

"Please tell me The Clash is reunited and are shooting a new album cover," he said, looking at images of the burning city.

"Here's what you've gotta love about anarchy in the U.K. -- even their looters queue up."