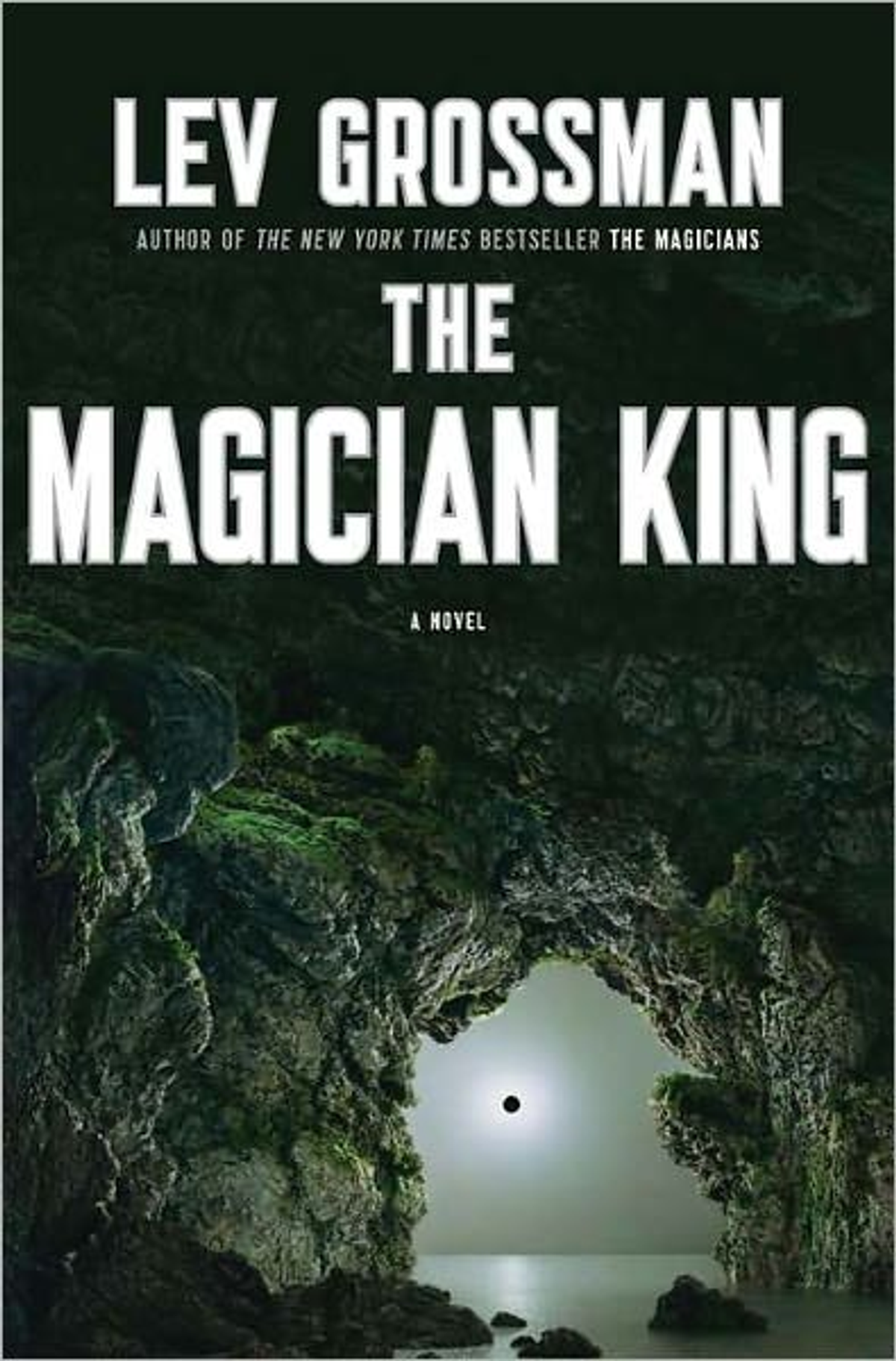 In a recent essay in the Wall Street Journal, novelist and critic Lev Grossman used the release of George R. R. Martin's newest, long-awaited sword and sorcery novel as a hook upon which to hang a spirited defense of fantasy literature in general. Grossman first claimed that many average readers and cultural arbiters disrespected fantasy, sneerily regarding it as fit only for children, or child-minded adults. (The lament echoes Woody Allen's famous complaint to Newsweek in 1978: "When you do comedy you're not sitting at the grown-ups' table, you're sitting at the children's table.")

To the contrary, Grossman claimed, fantasy was the Ur-literature of our species; had produced many canonical works of genius; was fully capable of dealing with vital issues in a mature and complex fashion; and continued to inspire contemporary works marked by supreme craft, beauty and importance.

These verbal pugilistics on behalf of fantasy's honor do seem a bit like a Civil War reenactment. That particular battle has long ago been fought and decided, in fantasy's favor. We won. Although mimetic fiction still occupies a few catbird seats, such as the Booker Prize and the Times Literary Supplement and a few stodgy halls of academe, the sheer volume of fantastika -- to employ ace critic John Clute's umbrella term for science fiction, fantasy, horror, surrealism, magical realism and any hybrid thereof -- currently filling our cinemas and best-seller lists and e-readers is an incontrovertible measure of fantastika's popularity. When Joyce Carol Oates is extolling H. P. Lovecraft in the New York Review of Books, it seems a bit greedy and peevish and retrogressive to claim, "We can't get no respect."

But hidden in Grossman's essay is a serious issue still unsettled in the minds of many, believers and non-believers alike. Large-scale acceptance of fantasy does not necessarily reflect a high quality of product. This particular ocean of story might very well be nothing more than the Great Pacific Garbage Patch, a Sargasso of shoddy plastic cultural flotsam.

Can a fantastical novel also exhibit all the virtues of the best mimetic fiction? Grossman cites several books that, he feels, do. I could adduce others he obviously omits for lack of space, such as Mark Helprin's "Winter's Tale", John Crowley's "Little, Big" and Mervyn Peake's "Gormenghast" trilogy. But we need not look so far afield, given that we have Grossman's own new novel "The Magician King" to hand, a sequel to his bestseller "The Magicians." Chances are good we can count on it to aspire to the heights Grossman preaches, and to make his case. Certainly the first entry in his series -- and what else labels a book "popular fiction" more definitively than being part of a series? -- did indeed achieve a very respectable hieros gamos of naturalism and the fantastic.

Quentin Coldwater is a brainy, disaffected 17-year-old whose life is overturned one day when he is accepted into the mysterious Brakebills College for Magical Pedagogy, situated behind cloaking barriers somewhere in upstate New York. Having long dwelled mentally in daydreams inspired by a set of classic YA novels about a magical land named Fillory (think Lewis' "Narnia" tales), Quentin is primed to accept this magical destiny. But even in the midst of the miraculous, he soon finds that he cannot avoid all the adolescent tribulations that are the common lot of all humans, magicians or mundanes. Affairs of status and of the heart and soul bedevil him. After four tumultuous years he graduates and lands in New York City, but finds a world made easy by magic to be one of aimless hedonism. When one of his peers announces that Fillory is real and he's found a way there, Quentin naturally signs up for the expedition. But that secondary creation will prove as dangerous and unsatisfying as Earth, and the group's sojourn turns into a battle with tragic consequences. The aftermath leaves Quentin stranded among the mundanes, an exile from which he is finally released in the closing pages of "The Magicians."

Grossman's hybrid approach is worth pausing over. Beyond its sorcerous concerns, "The Magicians" delivered a sterling coming-of-age tale. It's not "A Portrait of the Artist as a Young Man," but what else other than Joyce's original is? Quentin and his peers are utterly credible depictions of ambitious, confused, overconfident, talented, wary youngsters. They come in all flavors, from effete Eliot to domineering Janet to wise and shy yet powerful Alice. Their whole ménage resembles something out of Jay McInerney or Bret Easton Ellis, Douglas Coupland or Donna Tartt:

Then he would take off his clothes, which reeked of cigarette smoke, like a toad shedding its skin, and Alice would stir sleepily in the sheets and sit up, the white sheet slipping down off her heavy breasts. She would lean against him, their backs against the cool white wooden curl of their sleigh bed, not speaking, and they would watch as dawn came up, and a garbage truck moved haltingly down the block, its pneumatic biceps gleaming as it greedily consumed whatever its overalled attendants flung into it, ingesting what the city had expectorated. And Quentin would feel a lofty pity for the garbagemen, and for all straights and civilians. He wondered what they could possibly have in their uncharmed lives that made them think they were worth living.

The fantastical elements of the story, while familiar, are fervently embraced, fully fleshed out, and wittily arrayed. His treatment of the unreal, of course, is very "meta" or recursive. Characters react to disruptions in consensus reality by referencing "The Lord of the Rings," for instance. This kind of knowingness on the part of the protagonists can be dangerous, throwing the reader out of engagement with the story. But Grossman carries it off.

Discussion of the literary antecedents for a school for magicians is well-trodden territory after Rowling's books. Similarly, the notion of mortals entering a world out of the pages of literature goes back at least as far as de Camp & Pratt's Harold Shea stories from the 1940s and has received a more recent workout in Michael Ende's "The Neverending Story." Oddly enough, an ongoing graphic novel on the same theme, "The Unwritten," by Mike Carey and Peter Gross, commenced simultaneously with "The Magicians." And Christopher Plover, author of the Fillory saga, calls to mind Fellowes Kraft from John Crowley's "Aegypt" sequence.

But Grossman's evocation of magic and its true nature has an appealing vivacity and muscular strangeness to it. The scene where Quentin and friends are transformed to geese bears the oddball authenticity of George MacDonald. Generally, Grossman's magicians remind me of those in Jack Vance's "Dying Earth" books: aloof, weird, competitive, posthuman and harsh, having paid a high price for their powers. Vance's perfect short story "Green Magic" seems a likely additional influence.

If the ratio between naturalism and fantastika was 50-50 in "The Magicians," "The Magician King" features a skewing of those proportions, in favor of fantasy. The four-book division of the novel allots but one book to Earthly doings, when Quentin and Julia are stranded back "home." It almost seems as if Grossman is saying, "I can lift anchor and cast off for wilder shores, now that I've shown you my ship's timbers are sound." The storytelling and characterization remain sharp, even as the story's reach expands.

The new book opens two years beyond the closure of the prior one. Quentin, Julia, Eliot and Janet have been ruling in Fillory and leading a magical, albeit bland and pampered life. In this pastorale, however, Julia is an enigmatic element of darkness. She was Quentin's high-school crush, last seen as a desperate magician wannabe, who came up in the mystical hierarchy not through Brakebills but through the underground system of "hedge magic." She seems to harbor a dark secret, which we will learn about in separate chapters devoted to her back story. At first, her past seems tangential to the main plot, almost gratuitous biography. But Grossman cleverly dovetails both at the climax.

The new adventures of Quentin Coldwater contain a wealth of surprises: shocking magic, surreal sights (I loved the notion of a conventional land train porpoising through the sea), triumphs and reversals, new venues, new characters. (The outstanding one is the charming Aussie mage Poppy, a paradoxically rational witch with a thing for dragons.) To detail them would be to ruin readerly enjoyment, and so I won't. Suffice it to say that vast cosmic changes are afoot, in Fillory and even on Earth, propelling Quentin and company on the majestic quest he longs for, but leaving him at risk of losing all he belatedly realizes he cherishes.

While the first book read like Salinger crossed with Dunsany -- "The Catcher in the Rye Meets the King of Elfland's Daughter," anyone? -- the new novel resembles nothing so much as two classic ancestors: Robert Heinlein's "Glory Road" and William Goldman's "The Princess Bride." There's even a jaunty master swordsman here named Bingle, who will remind you of "Bride's" Inigo Montoya. Grossman keeps up the fanboy knowingness: "The Deeper Magic always seemed to come up when Ember [the Ram God of Fillory] didn't feel like doing something, or needed to close a plot hole." But it never reaches the tipping point of breaking the reader's engagement with the suspenseful wonder.

Although this book's MacGuffin -- saving the universe for magic -- won't necessarily resonate with those who loved best the boarding school parts of "The Magicians," Grossman still manages to deliver themes and situations that resonate with eternal inner moral conundrums we've all experienced, even if we have not found ourselves harrowing Hell, as Quentin (wounded in his side like Christ, no less) has to do at one point.

Penny, one of Quentin's classmates, resurfaces at a certain instance to disclose some truths. "In the Order, we call it 'inverse profundity ...' The deeper you go into the cosmic mysteries, the less interesting everything gets." Quentin doesn't quite buy this revelation: Penny's always been a bit of a twit. And I think neither does Grossman. He's tweaking us, daring us to be callous, blinkered, stockbroker fools, to disbelieve in magic and render our own unique lives mundane. Rather, if there is any truth at all to Penny's observation, it might be turned inside out and inverted by one of Brakebill's spells, until it approaches the words of David Ben-Gurion: "Anyone who doesn't believe in miracles is not a realist."