Why Bert and Ernie shouldn't get married 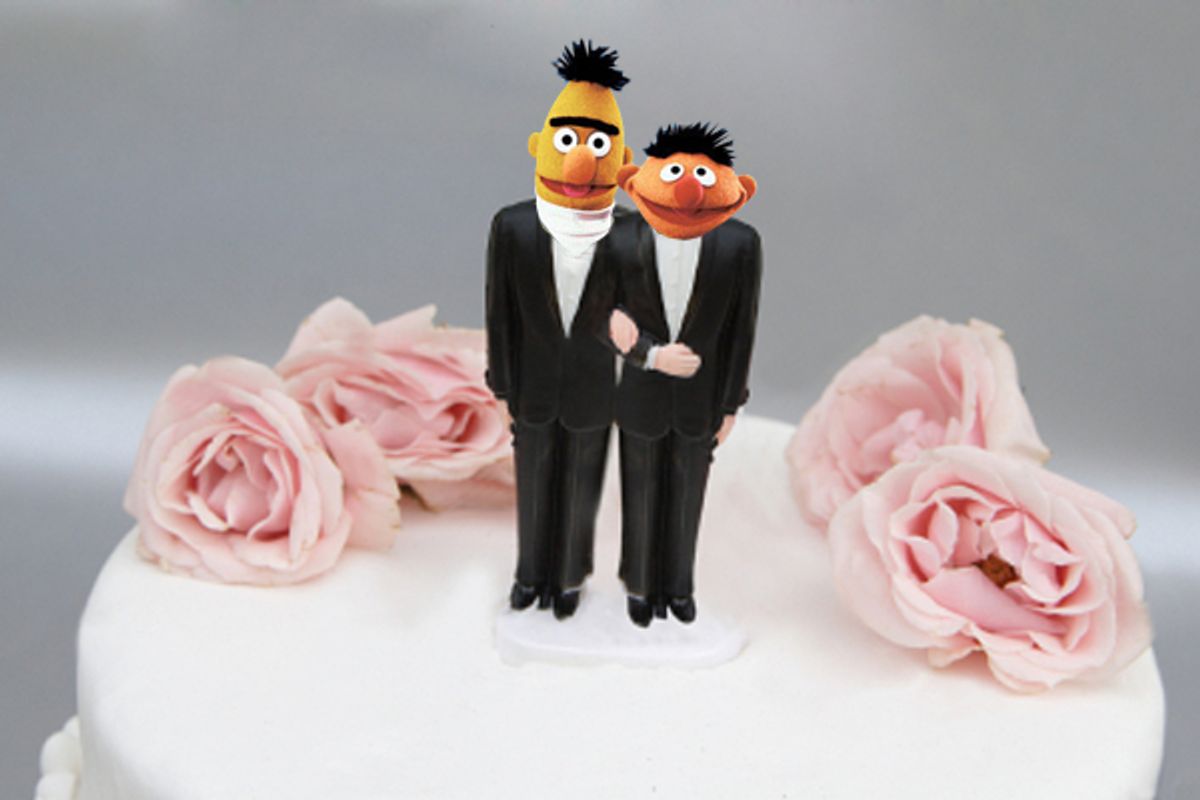 It may not be at the top of the gay rights agenda, but a new petition calling on "Sesame Street's" Bert and Ernie to get married is getting lots of attention. There's long been speculation about the gay subtext between the domestically partnered duo; now nearly 1,300 people say it's time for the couple to come out and make it official. The petition argues, "In this horrific age of LGBT kids taking their own lives, they need to know that they ARE BEAUTIFUL and their lives are worth living."

That's a lovely sentiment and I agree on basic principle, but ... I object to this union! The petition is not only a silly waste of time but there's also a valid argument -- a liberal and anti-homophobic one, no less -- against it.

"Sesame Street" producers have denied the gay rumors, even issuing a statement last year saying that Bert and Ernie "do not portray a gay couple, and there are no plans for them to do so in the future." They're close buddies who happen to be lifelong roommates -- and in a preschooler's universe this is totally appropriate! It's only in the adult world of defensive, "no homo" heterosexuality that their cohabitation becomes problematic and laughable. You don't have to be a homophobe to find it kind of sweet that most "Sesame Street" puppets are asexual and romantically unattached. In fact, when the show has ventured into the love lives of muppets, it's been to the dismay of many liberals -- and for good reason. Don't even get me started on the dysfunctional relationship between Kermit the Frog and the wretched Miss Piggy.

Yes, the show famously portrayed the hetero marriage and pregnancy between non-puppets Luis and Maria -- but only after the issue was forced by the actress getting knocked up in real life. "Sesame Street" is an educational children's show, not a soap opera, and it's long dealt with issues of diversity in progressive but age-appropriate ways. Take a 1982 segment that slipped in a nonchalant mention of a very happy-looking kid having two dads. Let's not forget Grover's gender-neutral take on marriage. In recent years, the show has featured openly gay celebrities from Wanda Sykes to Neil Patrick Harris. Why not call for more of that and leave the absurdity of debating puppets' sexuality to the homophobes.