The key to strong credit rating he earned as Massachusetts governor: Enhanced revenues 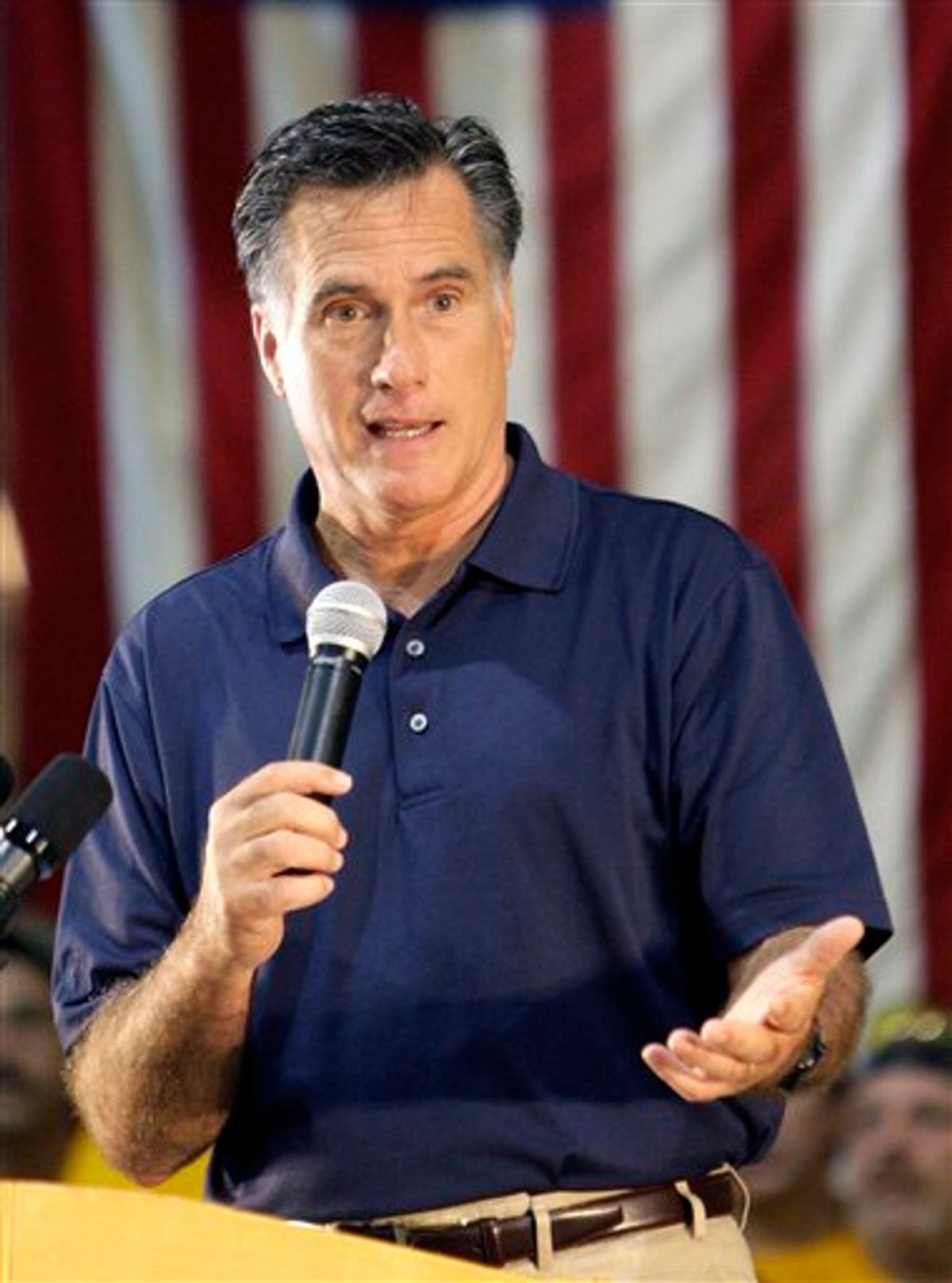 FILE - In this July 27, 2011, file photo, Republican presidential candidate, former Massachusetts Gov. Mitt Romney speaks in the warehouse at Screen Machine Industries during a campaign stop in Pataskala, Ohio. Same-sex marriage might seem like a straightforward issue: You're for it or against it. Yet for the field of Republican presidential hopefuls, it's proving to be an awkward topic as public attitudes change and more states legalize gay unions, the latest being New York. Romney and Tim Pawlenty were among those refusing to sign the pledge, but both issued statements stressing that they favored limiting marriage to one-man, one-woman unions. (AP Photo/Jay LaPrete) (AP)
--

Republican presidential hopeful Mitt Romney -- who argued against the inclusion of any tax increases in a debt ceiling deal -- touted tax hikes in Massachusetts in a pitch to S&P to get the state's credit rating raised when he was governor in 2004.

Politico's Ben Smith FOIA'd the presentation that the credit rating agency saw before deciding to raise the Massachusetts credit rating from AA- to AA. In it, Romney's administration pointed out how the state raised taxes in 2002 (before he took office) during an economic downturn and how, as governor, he introduced legislation to raise revenues including closing tax loopholes.

Romney, currently the front-running Republican in the 2012 presidential race, has used the successful '04 bid to raise the Massachusetts credit rating as a talking point against the president in the wake of S&P's downgrading of U.S. debt. Romney said, "when I was governor, S&P rewarded Massachusetts with a credit rating upgrade for our sound fiscal management and the underlying strength of our economy."

However, as Smith notes, Romney's pitch to S&P in 2004 "bears a far closer resemblance to the right-of-center grand compromise rejected by House Republicans this year -- dismissed because it would include new taxes and end tax breaks President Barack Obama described as 'loopholes' -- or the more modest compromise that passed, than to the Cut, Cap, and Balance plan Romney 'applauded'."

The Atlantic Wire's Rebecca Greenfield points out that "of course this isn't the first time Romney has veered from his policies as governor -- remember Massachusetts health care reform?"