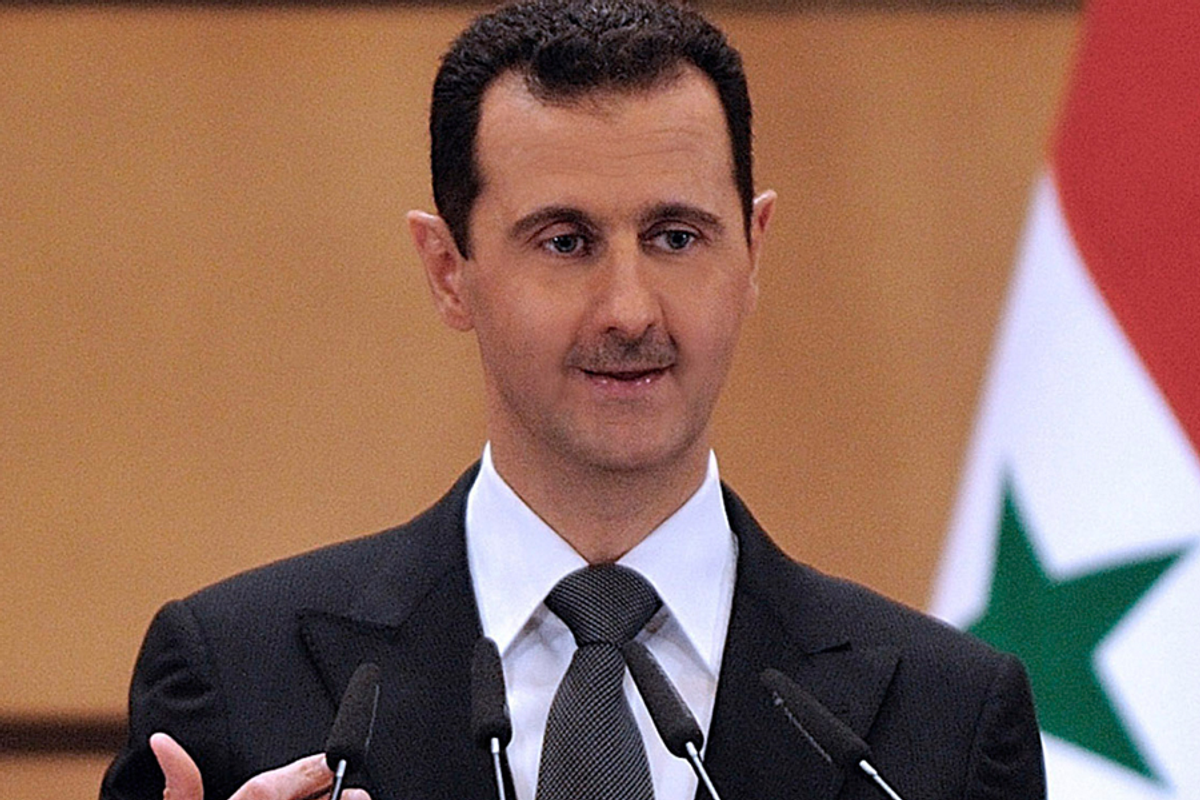 Syria's national beer is a perfect metaphor for its government's actions.

Previously called Barada, after the river that runs through the capital, the beer was notoriously bad and came in stubby green bottles. Earlier this year, the government-owned brewery overhauled its brand. It changed the name to Turbo and began packaging it in cans that proclaimed: "It is considered as one of the world's best beers."

But the substance contained inside remained as lousy as ever.

Repackaging the same product and proclaiming its excellence, it seems, has become the regime's modus operandi.

Amid ongoing, and deadly, crackdowns against civilians throughout the country, President Bashar al-Assad on Aug. 4 decreed new elections and party laws, which the state news agency said would ensure "free and fair" elections later this year.

The international community was not fooled.

"It is a big dance in a palace while war is happening on the patio," said a western diplomat at an embassy in Damascus. "The Syrian regime continues to think its trickle of legislative red herrings will have an impact on domestic public opinion or the position of the international community."

The opposition wasn't fooled either.

"They ignored it," an activist in Damascus who leads a secular youth organization helping to mobilizing street protests summed up the response.

The decree said nothing about changing the process for electing the president and whether or not Article 8 of the constitution, which grants the Ba'ath Party leadership in government and society, would be modified.

Since the party took power in 1963, it -- along with its affiliates in the National Progressive Front -- has been the only political body officially allowed to operate in Syria. Another few dozen unregistered parties that agree not to challenge government authority are tacitly allowed to exist in Syria.

There are also restrictions under the new law to who can register a new party. No religion or ethnicity-oriented parties are allowed, they must have facilities for a headquarters and parties must have 50 founding members over the age of 25 who are residents of Syria and come from at least half of Syria's provinces. The Ministry of Interior will be tasked with deciding who qualifies.

Few groups would be able to meet such requirements anytime soon, observers argue.

"The Ba'ath party is present in each and every city, town, university and factory. It will take other parties -- existing or new -- some time before they are established in various cities across Syria," said Camille Otrakji, a Syrian political blogger based in Montreal. He said that, of five communist parties in Syria, one might qualify.

Analysts agreed that the new laws are cynical attempts by the government to buy time and create an appearance of reform as it conducts a campaign of violence in areas of dissent, taking advantage of lingering divisions among the opposition itself.

"Assad is gambling that he can exploit the opposition's in-country weaknesses and insider/exile tensions with tried-and-true methods: brute force and a policy of divide and rule," Michael Doran and Salman Shaikh of The Brookings Institution wrote in a recent paper titled, "Getting Serious in Syria."

The politics and demographics of the opposition range wildly. Kurdish parties are meeting with pro-Arab Nassirist parties, while liberal secularists are coming together with the Muslim Brotherhood under the banner of the National Salvation Council.

In addition, there are four other, loosely-aligned groups within the opposition -- the National Democratic Grouping, the Damascus Declaration signatories and the Local Coordination Committees inside Syria that are working with protestors. Only the latter is entirely based inside Syria -- and it is mostly led by anonymous, young activists.

"Some [opposition members] want to adopt more aggressive, free-market economic reforms, others want to reverse President Assad's initial steps in that direction," Otrakji said of the disparate interests. "Some expect the country to be more secular, while the Islamists want it to be religiously conservative. Some want a genuinely peaceful revolution, others insist on severe punishment of the regime. Younger online activists want a central role for the young generation in decision making; older opposition leaders might not welcome the competition."

Rami Nakhle, a spokesman for the Local Coordination Committees, the most well-known opposition group tied to street protesters, agreed in an interview with Deb Amos of National Public Radio on Aug. 3 that "there is no national leadership, even behind the scenes."

But this is for good reason, he said.

"If some leader or some person starts to behave as a leader, the crowd will knock him down," he said. "Everybody really feels anger towards leadership and authority."

Furthermore, the uprising is a result of average citizens rising up, it is a leaderless movement that caught the longtime intellectuals off guard, the activist in Damascus said.

"I would maybe argue that two months ago or a month ago [a new parties law was worth discussing]," he said. "Now, I think it would be quite better and of some use to think about what options there are to replace the regime."

But Otrakji still argues that the new parties and elections laws would "represent a giant leap forward for Syria" if it coincided with a constitutional amendment dropping Article 8. And he believes that dialogue with the regime is still possible and necessary.

"Eight years after the Iraq war, the United States could not produce a Jeffersonian democracy in Syria's neighbor to the east," he noted. "There are no magicians who will bring democracy to Syria overnight."