Police on my back: Songs for burning London 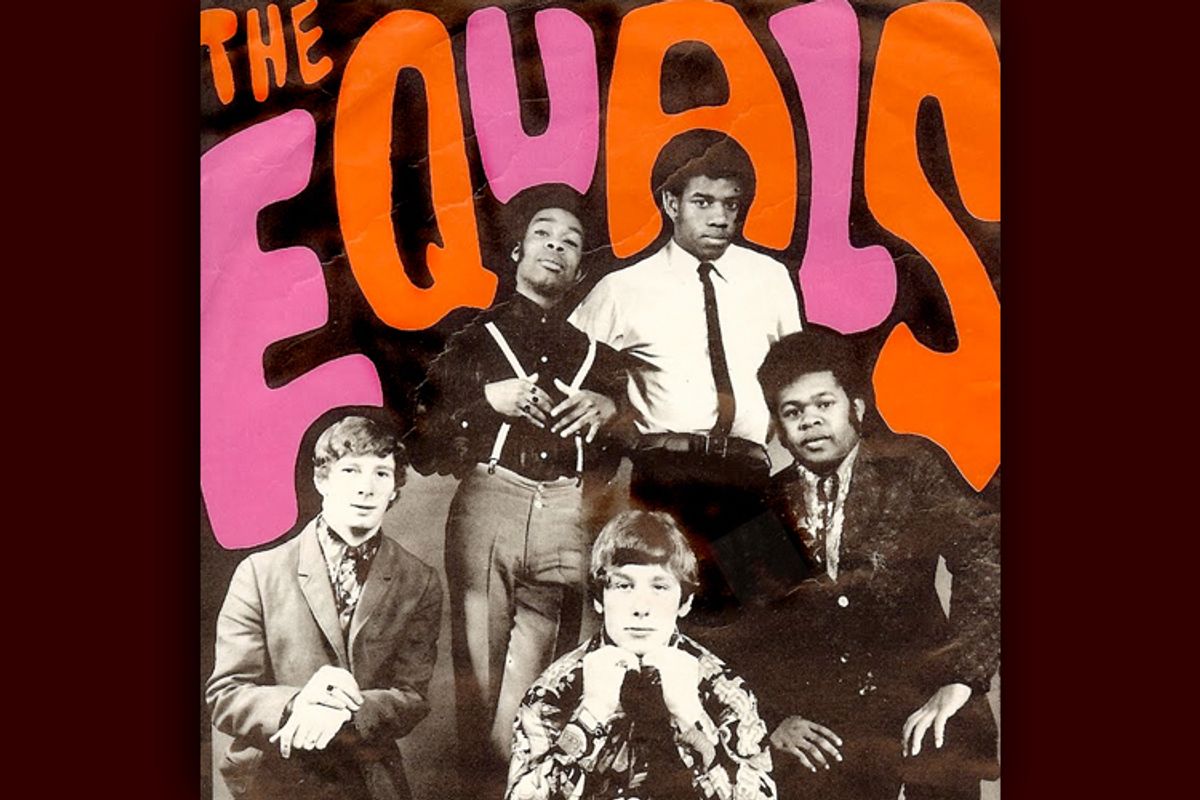 Decades before this week's riots in England, a racially mixed band provided a powerful soundtrack for London's youth uprisings. Even in their prime, some 45 years ago, the Equals were nearly as obscure as they are today. Nevertheless, their sound is more powerful and relevant than ever. Their scorching music explains everything you need to know about the fires that periodically light up the London slums, from the 1960s until today.

The heavy, political, proto-punk, power pop-soul nastiness of the Equals was birthed from the mad mind of Eddy Grant, a Guyanan transplant whose parents emigrated to London in the early 1960s. After building a guitar in shop class, Grant, dyed-blond hair and all, went roaming the streets of London, where he eventually found his future bandmates -- a white English-born rhythm section, and a pair of black brothers from Jamaica, who split guitar and lead vocals.

The Equals, like another 1960s band way ahead of their time -- Love, Arthur Lee's phantasmagoric, mixed-race Los Angeles band  -- were a visual knockout, but their music was even more socially compelling. Grant's fierce songwriting, alongside violent dueling guitars and Derv Gordon's absurdly mighty vocals, culminate in energetic anthems that leave you feeling like the "Blown Away Guy" on those ‘80s ads for Maxell cassette tapes. (Grant left the band after suffering a collapsed lung and heart infection in 1971; he'd score his biggest hit in the 1980s with "Electric Avenue.")

The Equals' lament about police brutality, "Police on My Back,"  was a cult hit when the Clash -- big fans of the band -- covered it and turned it into a kick-ass, agit-rock classic. But a lesser-known song, "The Skies Above" -- a brilliant anti-romance love song -- is the Equals' true masterpiece. Gordon's screams are haunting enough to make Howlin' Wolf proud. Tucked subtly somewhere beneath his cries are his Caribbean roots that protrude just enough to add yet another unique layer to the already rich sound.

The essential Equals' playlist must also include "Stand Up and Be Counted" -- a song that predated Bob Marley's "Get Up, Stand Up" by a year and makes you want to run wild in the streets. Gordon's drill-sergeant shout-singing riles you up like few vocalists can. "You might feel to wear your hair long," he shouts. "But your long hair will make you black as me."