After years of trying to get pregnant, I had to learn to be childless -- and complete 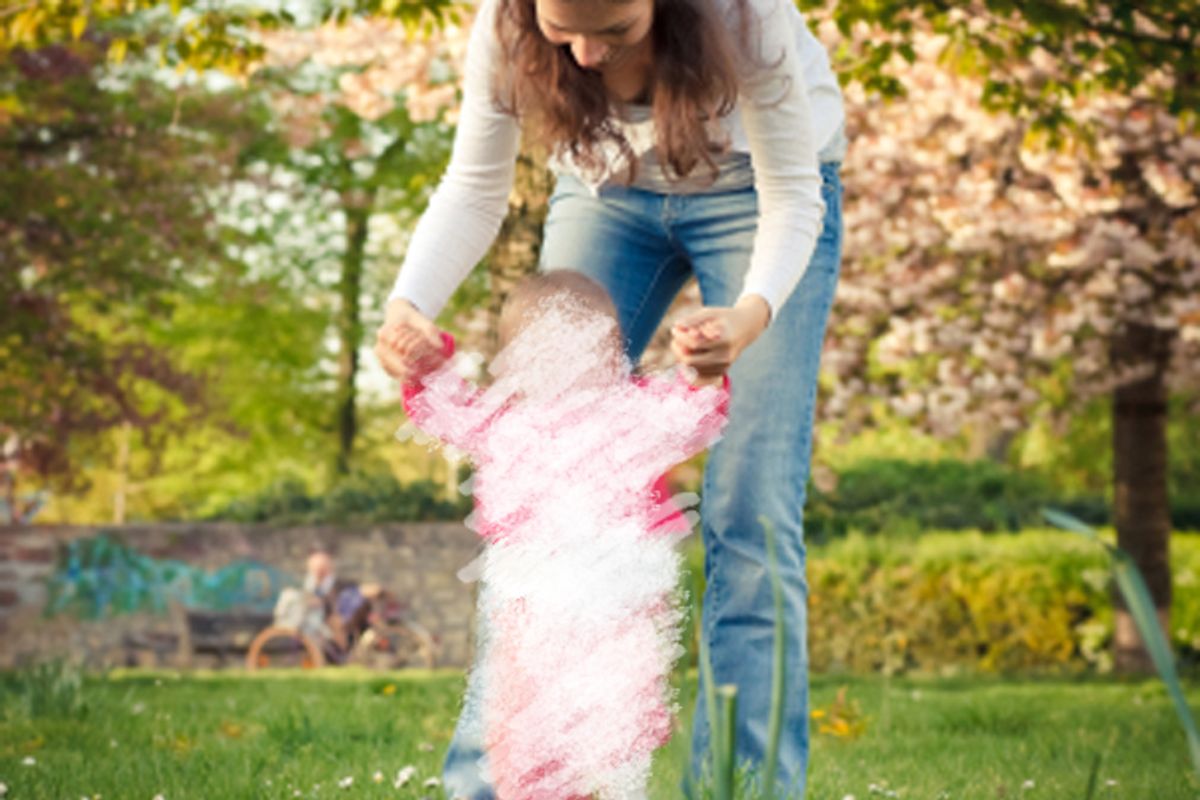 Infertile. Sterile. Barren. There's a harsh judgment in those words. I felt an elemental shame in my inability to accomplish the basic biological task of carrying a pregnancy to term. The essence of womanhood supposedly lies in this capacity to create and nurture life, and so, as I was undergoing infertility treatments, I often felt like an impostor. Having all of the right parts that didn't work seemed like a mockery of womanhood. Yet, there were still times I caught myself thinking, when someone was acting the part of uber-mom, "What makes you so special? Anyone can pop out a kid." And then I'd stop myself: "Oh wait ... I can't."

Having gotten only as far as a line on a pregnancy test stick, a prescription for prenatal vitamins and an eight-week sonogram image, I have no more than a vague understanding of what it really means to be a parent. Those rare times when I did hold an infant, I was always afraid I would drop it. If you substitute the word "parenthood" for "the past" in the familiar opening line of "The Go-Between" -- "The past is a foreign country. They do things differently there" -- you'll get an idea of how I felt about the world. Parents occupied a secret land that both mystified and enthralled me, but I could never get a passport, and those sunny shores remained just out of reach. They would send the occasional postcard. "Wish you were here," they shouted. "Wish I was too," I whispered back.

As the initial losses, the ongoing frustration, played out month after month, I felt powerless, at the mercy of malevolent forces beyond my control. How could I be trying so hard and doing everything right, only to fail time and again? It all went against everything I had been taught, that if you followed the rules and did what you were told, you would realize your dreams.

Eventually, to save my own sanity, I realized that I had to do something and that, if I looked hard enough, I did have choices. The decision to end infertility treatments and all of the humiliation involved was liberating. And then, after deciding not to adopt, I wondered if I was becoming more "child-free" than "childless."

It may not sound like there's a difference in that distinction, but to me, the difference was substantial. After feeling powerless for so many years, the act of making decisions -- even ones that hindered my goal -- helped me regain a sense of control over my body and my life.

Even so, I still didn't have the thing I wanted: a child that my husband and I had created and that I had given birth to. But did I have to spend the rest of my life mourning this loss? Or could I learn to live with it and make room for joy in my life?

My loss was of a potential person, someone I didn't know, someone who existed only in my imagination. I didn't miss a specific laugh or smell or touch. There were no clothes hanging in a closet that needed to be sorted through. No photo albums. No rituals to observe. No grave to visit. Learning to say goodbye to a possibility, rather than an actual person, involves a much more nebulous process.

And so I gathered up those moments that I had hoped to experience -- no elaborate fantasies, just fleeting images -- and let them go. Holding her for the first time. Watching her sleep. Her first steps. Her first day of school. Family dinners. Holidays. Everything. I just let them go. I came to believe that "it would have been a good life" was good enough. No bitterness. No regrets. No apologies.

There are still times when the feelings I thought I had buried come back to life. A recent story about the funniest and saddest scenes in recent movies referenced the opening montage of the movie "Up." I found the scene on YouTube and, sure enough, my eyes welled up as I watched young Carl and Ellie looking up into the sky and seeing clouds turning into babies, fixing up the nursery, and then sobbing in the doctor's office. Yeah, I've been there. Sometimes it's surprising how "only yesterday" it can still feel.

But at the end of the day, it's all part of who I am. I can't change it, but I no longer let what I'm not define me. True, I'm not a mother. But I'm also not a doctor, or a figure skater, or a musician, or an actress or a teacher, or a whole host of other fulfilling and exciting things. Isn't the same true for everyone? However, the many things that I am have brought me great joy, and are no more or less valuable than the things that make up other people's lives.

I am a whole person. I am a whole woman. To anyone looking in from the outside, this may seem like a ridiculously obvious conclusion. But it took me a long time to get here. It's not the place that I'd planned to be, but it's my own country. I do things differently here.

I wish there was a map for this kind of thing, but everyone has to find their own way. Sometimes that involves circling back and covering the same stretch of road over and over again. Other times there are quantum leaps, reached only after long periods of inertia.

All I know is that, after all my traveling, it's just so nice to have finally arrived.