Should I blame my parents because I'm fat?

A new study has unleashed more hatred on people like my folks. Were my mom and dad wrong to raise me like they did? 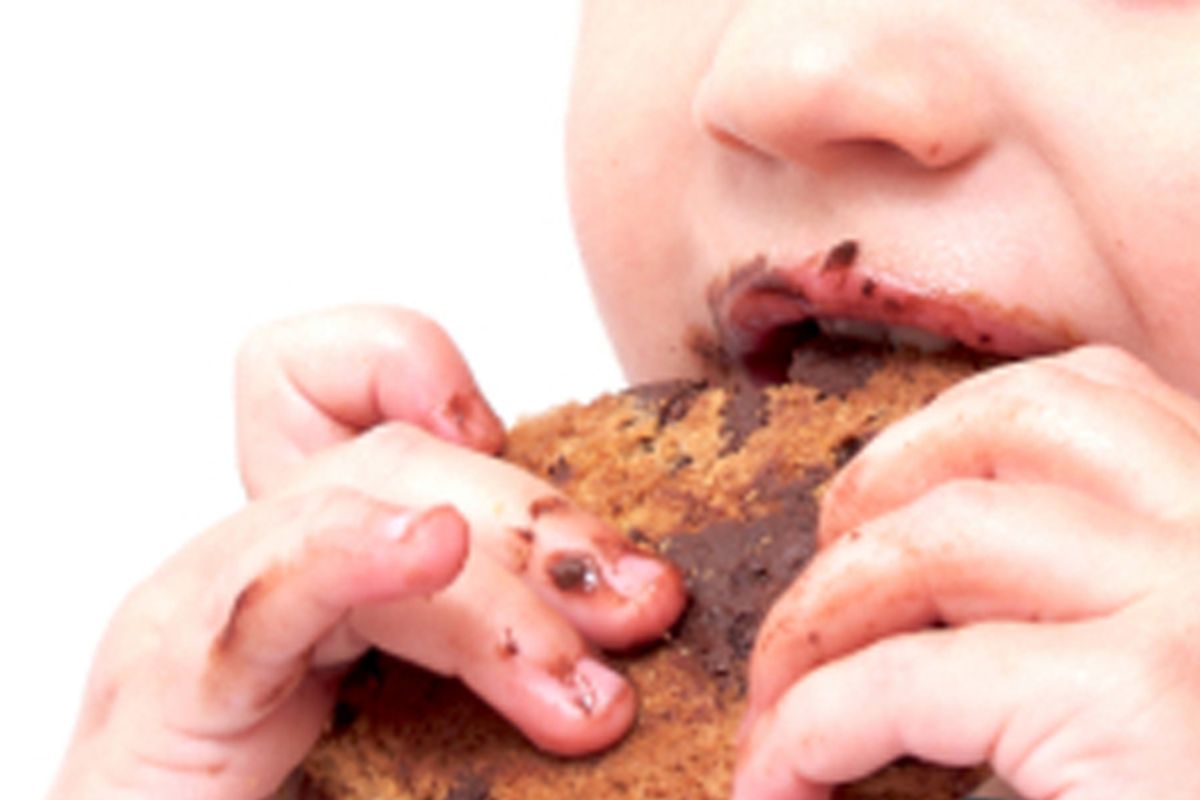 I was channel surfing mindlessly, avoiding some household chore, when I landed on a cable talk show discussing child abuse. The guests were talking about horrible things: parents who starve children, beat them or sexually abuse them. Parents who let their children get fat. This last one, one woman leveled, was the same as any other form of abuse and deserved the same unequivocal response: Remove the kids from the parents.

I had happened upon yet another media debate in response to the controversial JAMA article that came out a few weeks ago. This study looked at whether intervention was ever warranted when parents allow their children to become dangerously obese. The study itself was balanced in its approach, but the talking-head response was anything but. This particular pundit -- shoulder-shrugging with a clear look of disgust on her face -- talked about taking fat kids away from their parents as if it were nothing more than trading in a car. I had to turn the TV off, my stomach in knots.

I wondered what this woman would say if she met my own parents. Would she blame them for the way I turned out? For that matter: Should I?

Let me back up a bit. I'm fat and have been since I was a toddler. Not "trapped in my trailer" fat, or "have to use an extra-wide electric wheelchair at the grocery store" fat, but medically, technically, morbidly obese. I confess that whenever I hear that term -- morbidly obese -- I giggle, because I picture chubby Goths with back nail polish and dog collars. That is not to say I do not take it seriously, because I do. It is the first thing I think about when I wake up in the morning, the last thing on my mind when I go to bed at night. And I will never be a member of the "fat acceptance movement," because I don't accept it. I have been fighting my weight for over 35 years.

But I don't believe I deserve to be hated, and hate is what I feel every single day as a fat woman. I feel it in the stares from strangers' children, and when someone screams "fat ass" as I walk my dogs. I feel it when I get a flawless performance review, but my boss asks if I have considered weight loss surgery -- as if that has something to do with my professional skills. I feel it in the constant stream of media images about what women should look like, in the tired fat jokes from comedians (come on, stop phoning it in -- get creative!), and in the constant articles about the doom that is The Obesity Epidemic. Fat people are taxing the healthcare system, they make other people uncomfortable on planes and trains, they use more fossil fuels because it takes more gas to haul their big butts around thus causing global warming, and they suck up the world's food resources while others starve.

And yet, I understand: These arguments aren't without merit, and it is after all human nature that some people express their points with meanness and derision. I don't take it personally.

But even at my most open-minded, I could not bear the debate that erupted in response to the JAMA article (and the derisive online comments). While the study, by Dr. David Ludwig and Lindsey Murtagh, did suggest that obese children -- in some extreme circumstances -- should be taken away from their parents, coverage of the article focused on the most sensational elements of the argument. It resulted in a cascade of hate on cable news and morning shows that was packaged as concern for children, like that disgusted-looking pundit who made me sick to my stomach.

Did my parents make me fat? Probably. They fed my siblings and me meals of bologna on white bread, hot dogs and potato chips. They let us have four of those Oreo-knock-off cookies-that-don't-quite-taste-right in a sitting, rather than one or two. They used fast food as a reward and eating in general as a form of entertainment. If I was upset, I might be offered a tasty snack as a pick-me-up. Even if nothing got done all day, not the dishes, not the vacuuming, not mowing the lawn, by god dinner would get done and there wouldn't be any leftovers to pack up and put away. I suppose to some people it is a portrait of failed parenting.

But my parents are also a success story. They were teen parents. They had me -- the eldest -- at age 16. It was not a mistake but a planned pregnancy. My mother grew up in a household where she faced daily abuse at the hands of people she trusted. There were challenging finances and in a family with eight children, food could sometimes be scarce. My father grew up in a slightly more stable financial situation, but where violence was the primary outlet for anger, or disappointment, as well as for discipline of children. When these two wounded, but hopeful souls met they made a forever pact in heart-shaped doodles on their class notebooks. They crafted an escape plan: Create their own family where they would make different rules. That is just what they did.

And they did it all on their own. My dad worked two jobs while finishing high school. My mom went back to night school after I was born. Dad worked double night shifts and Mom cut coupons and raised the kids while balancing work at McDonald's. They never got welfare. They never received food stamps. They modeled hard work and commitment and most of all, love. They are still married -- still go out on date nights and still laugh and look longingly in each other's eyes -- almost 40 years later.

Doctors did warn them about the children's weight, and these problems were not ignored. My mom worried. She ached for me when I came home crying after schoolmates teased me all day long. She was my biggest cheerleader when, in the fifth grade, I became the youngest member of the local Weight Watchers group to reach the 50-pound weight loss mark. She saved money we didn't have to buy weight-loss shakes and exercise equipment. She went without sleep sewing cute clothes that actually fit well, unlike the pricey crap in the husky department. Dad did his best when he wasn't working.

But once the fat is on, it is hard to get it off. When you get it off, it comes back with a vengeance. My parents could never quite bridge the gap between what was recommended and what we could afford, between what they went without and what they would never allow us to miss. And who's to say what part their parenting played in all this, really -- which part was simple genetics and which part of was the learned behavior of emotional eating; which part overindulgence and which part the negative side effects of yo-yo dieting; which part was uncooperative children and which part plain lack of knowledge and time. To think of that pundit giving such a disgusted look to my parents, crushes me. They tried so hard. They, in fact, did way more than so many. From troubled beginnings, they created a family where the cycle of violence was broken, where their children had access to more education and opportunity than they had. Did they make mistakes with food? Yes. But there was nobody better to raise my siblings and me than the two people who sacrificed so much to make sure we grew up happier and healthier than they had.

That's the real point here: We are healthier for their efforts. No matter our size.

Stacey R. Hall lives and works in southwest Ohio, where she regularly walks her dogs, despite the rude yelling, and works with her siblings to educate the next generation on healthy eating, exercise and the importance of family.