The unpopular solution to the global debt crisis

High retirement ages have helped Scandinavians keep the issue under control. Other nations may have to follow suit 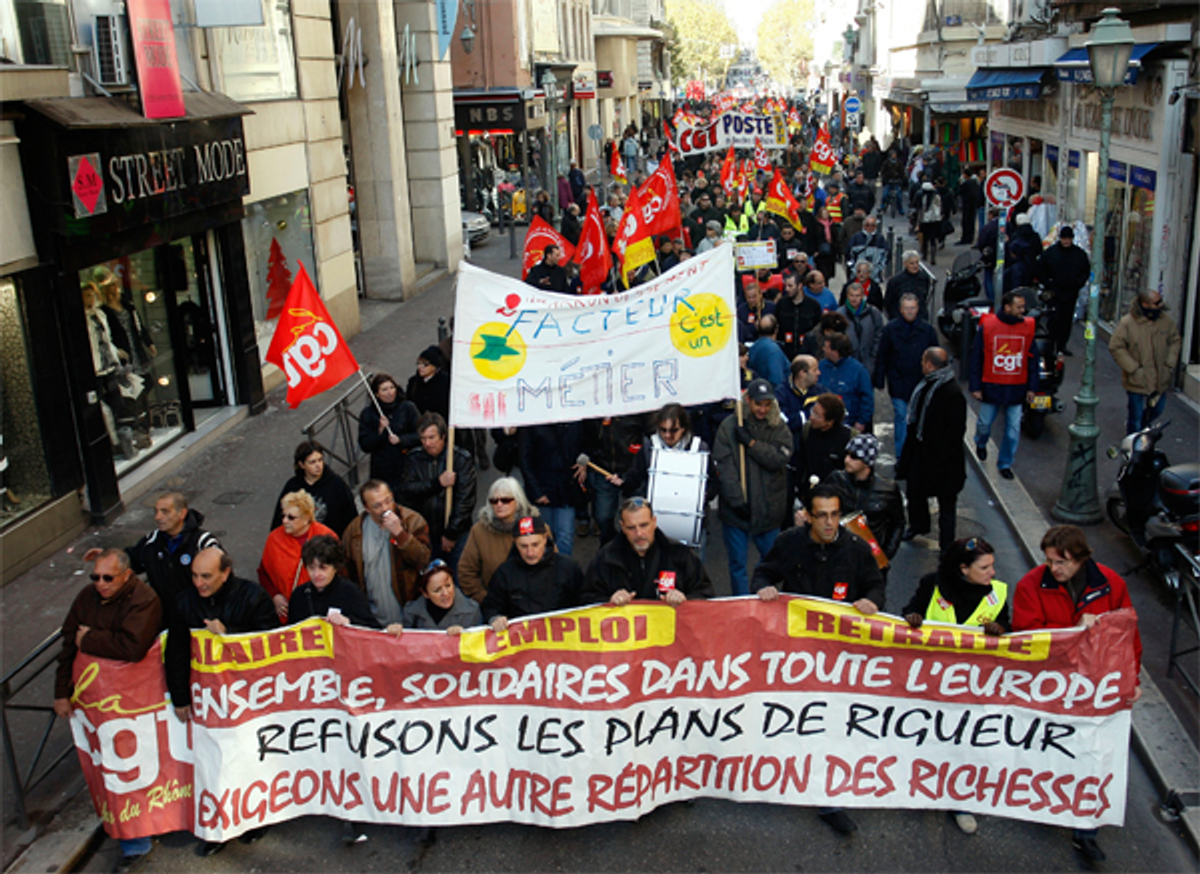 STOCKHOLM, Sweden -- When France raised the retirement age from 60 to 62 last year, three million people took to the streets in protests.

Not so in Sweden. The Scandinavian kingdom, which already has European Union's highest retirement age, plans to raise it even more. No protests are planned.

As Europe and the United States tackle crippling public debts, under the close watch of volatile markets, some countries have found a working solution. Adjusting the retirement age has proven a successful tool in the fight against skyrocketing public debts and budget deficits across Europe. Properly handled, it could help stabilize the increasingly shaky euro. But when sprung on an unsuspecting and unprepared population, it can bring protesters to the streets and bring down presidents.

It is not a pure coincidence that the economies of Sweden, Norway and Denmark are in better shape than those of Greece, Italy, Spain and Portugal. The big difference in retirement age plays a big role. Sweden's statutory retirement age is 65 and the actual exit age, which is lower due to various early retirement schemes, is 64.3 according to Eurostat's most recent figures. That is the highest in the EU.

As most European nations implement severe austerity plans Sweden has instead reduced its income tax. The Nordic monarchy has been praised for weathering the global economic crisis and was called the "North Star" by The Economist for having an annual growth of 6 percent the first six months of 2011 and being the only EU member set to reduce its gross debt between 2008 and 2012. "We don't have to raise taxes or make any budget cuts," said Swedish Finance Minister Anders Borg last week.

Earlier this year, Sweden launched a commission to study retirement. "As the life expectancy increases, more people need to work longer than today. Too many leave before turning 65. This is about increasing the actual exit age," said Sweden's Secretary of Social Insurances, Ulf Kristersson. The commission will consider limiting early retirement schemes, raising the age that workers are entitled to keep their jobs from 67 to 69, and further raising the statutory age of retirement. "More people need to work longer than today or the pensions will decrease," Kristersson said.

The Swedish plans did not spark a single street protest. Swedes put a lot of trust in their authorities and accept that the government plays a large role in citizens' lives, both taxing them heavily and paying generously for health care, education and family leave. Perhaps Swedes' trust is justified: Sweden consistently ranks as having low corruption in Transparency International's Corruption Perceptions Index.

In contrast, when French President Nicholas Sarkozy said France had no choice but to raise its retirement age, one of Europe's lowest, from 60 to 62, it sparked seven one-day strikes across the nation. From Paris to Marseille workers rallied against Sarkozy, whose approval ratings plunged.

Meanwhile, Greece, Ireland and Portugal have been forced to accept bailouts from the EU and International Monetary Fund to keep their economies afloat. Italy and Spain have implemented harsh austerity measures. The skyrocketing pension costs hobbling the troubling economies are a general problem and northern European governments are disinclined to keep financing early retirements in the south.

Greeks, Portuguese and Irish can generally begin drawing pensions at age 65. But there are major differences in the actual exit age: Sweden has the same retirement age for both men and women but Greece, Italy and United Kingdom have 65 for men and 60 for women, despite a recent European Court of Justice ruling stating that different pension ages based on gender violates the principle of equal treatment. The Organization for Economic Cooperation and Development has found that the effective age of retirement in many European countries, including Greece, Ireland, Spain and Italy, is years younger than the statutory age.

In the last two years, several EU members have had no choice but to raise the retirement age. Germany raised the retirement age from 65 to 67, Ireland and United Kingdom plan to raise it from 65 to 66, and Spain from 65 to 67. When Greece promised austerity in return for its bailout, Greek social affairs minister Andreas Loverdos said that the average actual retirement age would be raised from 53 to 67. "This is about saving the country from collapse," he told the Financial Times.

Following the recent U.S. budget deal, a congressional committee will have the daunting task of proposing more than $1 trillion worth of cuts by Thanksgiving. One possibility is to raise the age for Medicare eligibility to 67. If that happens, perhaps U.S. politicians should study how Italy sold its retirement age hike to the public last summer.

As pension reforms sparked outrage across Europe, the Italian parliament quietly increased the retirement age by more than three years. "It's Europe's most sweeping pension reform, without a single day of demonstrations," Economy Minister Giulio Tremonti said. The Berlusconi administration used a sophisticated method to raise the retirement age from 65 to 68.5 years by 2050 by adjusting it gradually according to life expectancy projections. The first adjustment will occur in 2015, the second in 2019 and subsequent adjustments every 3 years thereafter, saving the government more than $100 billion.

In response to the European Court of Justice ruling, the retirement age for women in the Italian public sector was raised from 61 to 65, to be the same as for men. Welfare minister Maurizio Sacconi said that Italy could have complied with the court ruling by lowering the retirement age for men to 61 -- but markets might have reacted badly.