Stewart: Rick Perry is "George Bush Plus Plus"

Is the Texas governor really our previous president on steroids -- or is he something even more intense? 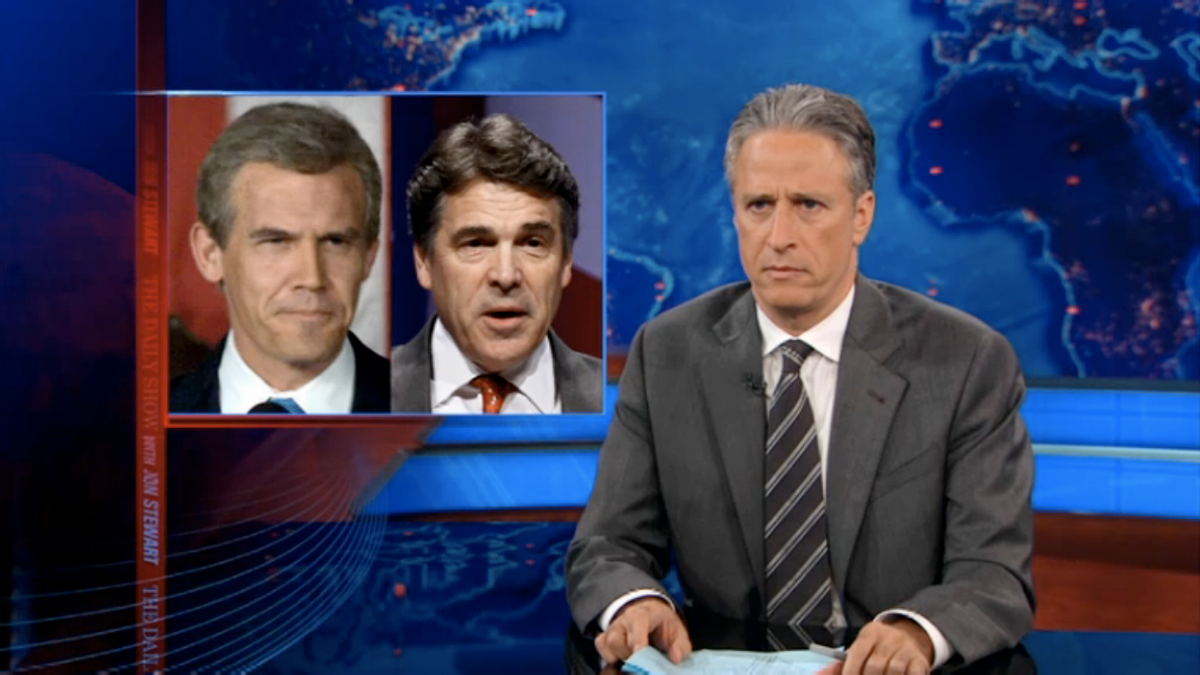 You'd be forgiven for mistaking presidential hopeful Rick Perry for our last president, George W. Bush. That is, if you were talking to Jon Stewart, at least. The "Daily Show" host struggled to differentiate the two during his show last night. (And, true, Perry does kind of look like Josh Brolin in "W.")

What Stewart soon realized, however, was that Rick Perry represents a far more potent breed of Texas Republican, one for whom simple analogies are inadequate.