What Obama really said about unions

His comments on public sector workers were more sympathetic than critical, even as he called for "shared sacrifice" 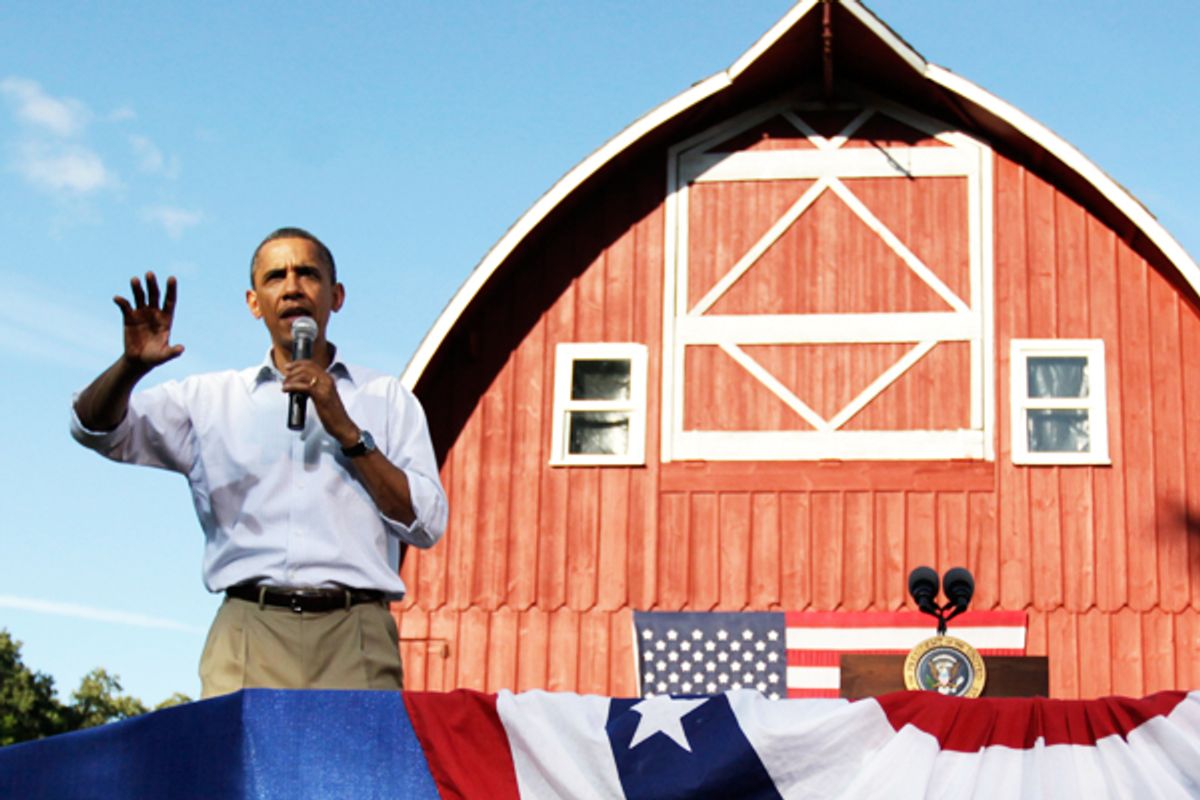 President Obama speaks during a town hall meeting in Decorah, Iowa, on Monday.
--

On MSNBC's "The Ed Show" last night, Sirius XM radio host Joe Madison and I listened to a short clip of President Obama in Decorah, Iowa, answering a teacher's question about the importance of collective bargaining rights, especially for public sector workers. In the clip, Obama acknowledged the role of unions in improving wages and conditions for all workers, but quickly pivoted to his time-honored appeals for "reform" and "shared sacrifice." Madison and I both criticized the president for failing to back public sector unions more fully and for acting as though unions hadn't already sacrificed.

Tuesday a reader pointed me to Obama's full remarks, and having read the whole transcript, I think my reaction was unfair. In fact, Obama spent a lot of time talking about the importance of public sector workers and acknowledging the poor treatment of teachers particularly. He does pivot to his "shared sacrifice" shtick, but he puts it in terms pretty close to something I wrote last November: that in an era when private sector workers are having wages and benefits cut, the protections public sector workers still enjoy, even trimmed, are still likely to provoke a "backlash." And when he suggests unions might need to consider retirement-system changes, he quickly adds, "as long as it's a conversation, as opposed to it simply being imposed and collective bargaining rights being stripped away."

There's still a little bit too much of his trademark "on the other hand," "I'm the only reasonable guy" rhetoric, as he insists "sometimes Democrats aren't good at ... acknowledging that not every program in government is working perfectly and we've got to make adjustments to become more efficient and more productive, just like the private sector does." And I think the "shared sacrifice" rhetoric is getting old, given that, as Warren Buffett reminded us, the wealthy aren't being asked to sacrifice at all. But the president's comments were far kinder to unions than a short clip could capture.

Here's the entire exchange, from the White House transcript:

Q Hi, my name is Bev Kromgezmi (ph), and I actually used to teach school in the district in which Seed Savers is located. And we have a number of students, former students here, that I taught.

THE PRESIDENT: How was she? Was she a good teacher? (Applause.) You got thumbs up.

Q What can I say?

THE PRESIDENT: What did you teach?

There are a whole range of things that people take for granted, even if they're not in a union, that they wouldn't have had if it had not been for collective bargaining. (Applause.) So I think it is very important, whether you are in a union or not -- and I speak particularly to young people, because you've grown up at a time when in a lot of circles "union" somehow is a dirty word -- to understand all this is is people joining together so they've got a little more leverage; so they've got better working conditions, better wages; they can better support their family.

And a lot of us entered into the middle class because our parent or a grandparent was in a union. Remember that. (Applause.) When I hear this kind of anti-union rhetoric and anti-union assaults, I'm thinking these folks have amnesia. They don't remember that that helped build our middle class and strengthen our economy.

Now, you're right. Most of this activity right now is being done at the state level, although I will tell you that some of the assaults on collective bargaining are taking place at the federal level. You remember this FAA situation where they were shutting down the airports for -- threatening to shut down the airports and we were going to be laying off tens of thousands of people? The reason that happened was because folks on the other side in the House of Representatives decided, let's try to slip in a provision that could make it harder for people to collectively bargain in the aviation industry. And Democrats wouldn't go along. And so they said, okay, well, we're not going to renew funding for this.

So we're seeing some of that at the federal level as well, and we're fighting back, pushing back against these efforts to diminish the capacity to exercise their basic freedoms and their basic rights.

Now, at the state level, in addition to just providing vocal support for public employees, what I also have been trying to do is to help states so that they can meet their obligations to their public employees and to emphasize how important it is to our future collectively that we have, for example, teachers that are getting paid a good wage. (Applause.) We can't recruit the kinds of teachers that we need in the classroom.

And in most countries that are doing well right now educationally, their teachers are revered. They get paid on par with doctors and engineers, because there is an understanding that this is a critical profession for the future of the nation. (Applause.)

I do say, though, to my friends in the public sector unions that it is important that you are on the side of reform where reform is needed. Because the truth of the matter is, is that at a time when everybody is belt-tightening, there is nothing wrong with a union saying to itself, you know what, we know budgets are hard right now. Let's sit down and say we're willing to negotiate so that we're making some sacrifices to maintain the number of teachers in the classroom and keep class sizes at a reasonable level. We're willing to make some modifications in terms of how our pension systems work so that they're sustainable for the next generation of teachers as long as it's a conversation, as opposed to it simply being imposed and collective bargaining rights being stripped away.

So I think it's important -- remember we talked about shared sacrifice and burden sharing. Well, this is an area where there's got to be burden sharing as well. If a public sector employee is able to retire at 55 with 80 percent of their wages, and the average [private] sector employee has got a 401(k) that they've just seen decline by about 20 percent and they have no idea how they're going to retire, and they're feeling burdened by a lot of taxes and they don't feel like the public sector employers are making any adjustments whatsoever to reflect the tough economic realities that are facing folks who are not protected, then there's going to be a natural backlash.

If there's a feeling that unions aren't partners in reform processes in things like education, then they're going to end up being an easy target. So there's got to be an understanding of, on the one hand, we've got to revere public employees -- I was saying when I was in Cannon Falls that people are tired of politics, but they're not tired of government. They may not realize it, but government are our troops in Afghanistan and Iraq. Government are our teachers in the classroom. Government are the FEMA folks who help people when there's a flood or a tornado or a natural disaster. (Applause.)

But we also have to acknowledge -- and sometimes Democrats aren't good at this -- is acknowledging that not every program in government is working perfectly and we've got to make adjustments to become more efficient and more productive, just like the private sector does. And the more we're willing to be open to new ideas and reform and change, the more we're going to be able to rally public opinion behind all the outstanding work that public employees do as opposed to public opinion being turned against public employees.