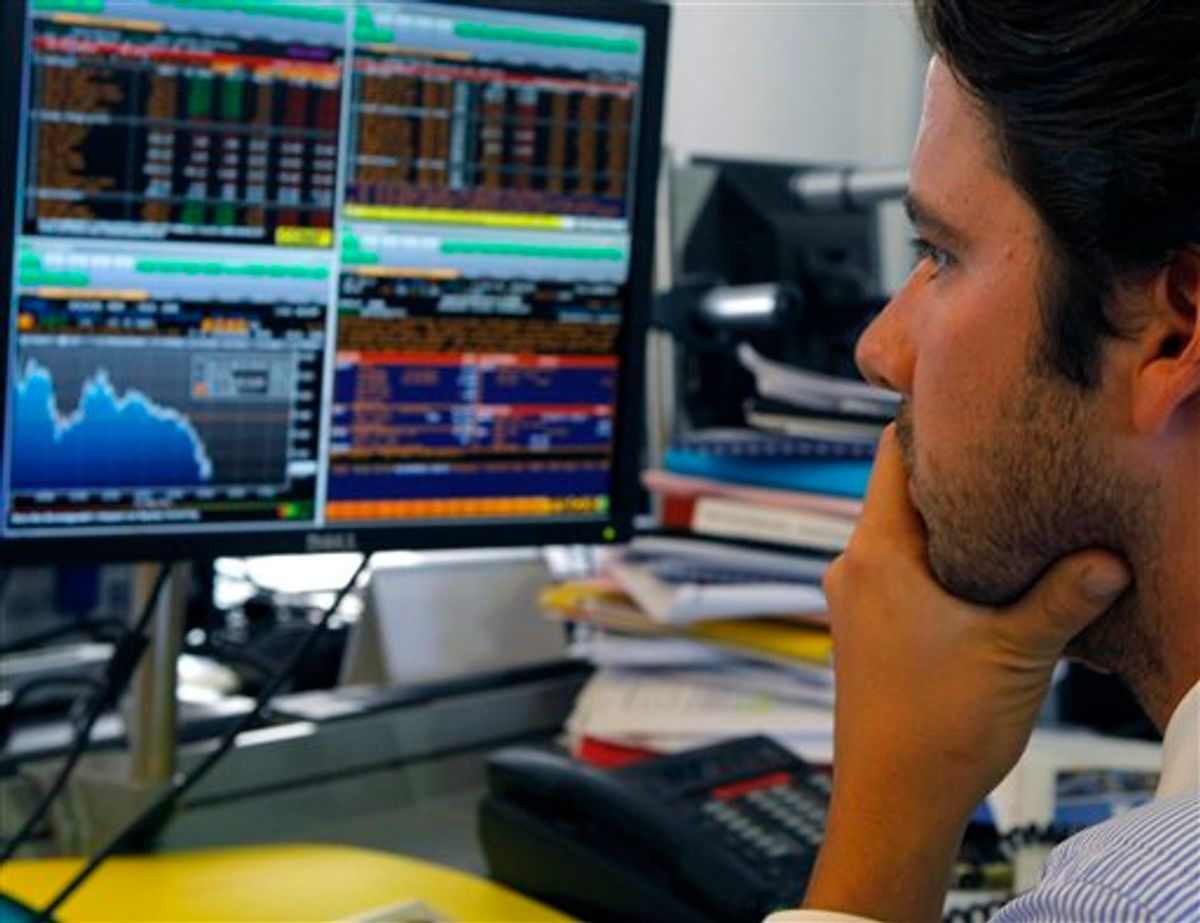 A broker works in a trading room in Paris, Wednesday, Aug. 10, 2011. Worries over the debt problems afflicting a number of European countries as well as the U.S. have knocked confidence over the global economic recovery and triggered turmoil in financial markets around the world.(AP Photo/Jacques Brinon) (AP)
--

Fitch Ratings says it will keep its rating on U.S. debt at the highest grade, AAA. It also says its outlook on the U.S. ratings is stable.

Fellow ratings agency Standard & Poor's, set off a tempest in the stock market last week after it downgraded part of the U.S. debt rating from the highest grade to the second-highest grade.

Fitch cited the United States' "flexible, diversified and wealthy economy," as well as its flexibility in monetary and exchange rates that allows it to adjust to marketplace shocks.

The other main ratings agency, Moody's, still rates the U.S. debt at its highest grade but says its outlook is negative.