Colbert gets some tips from a spin doctor 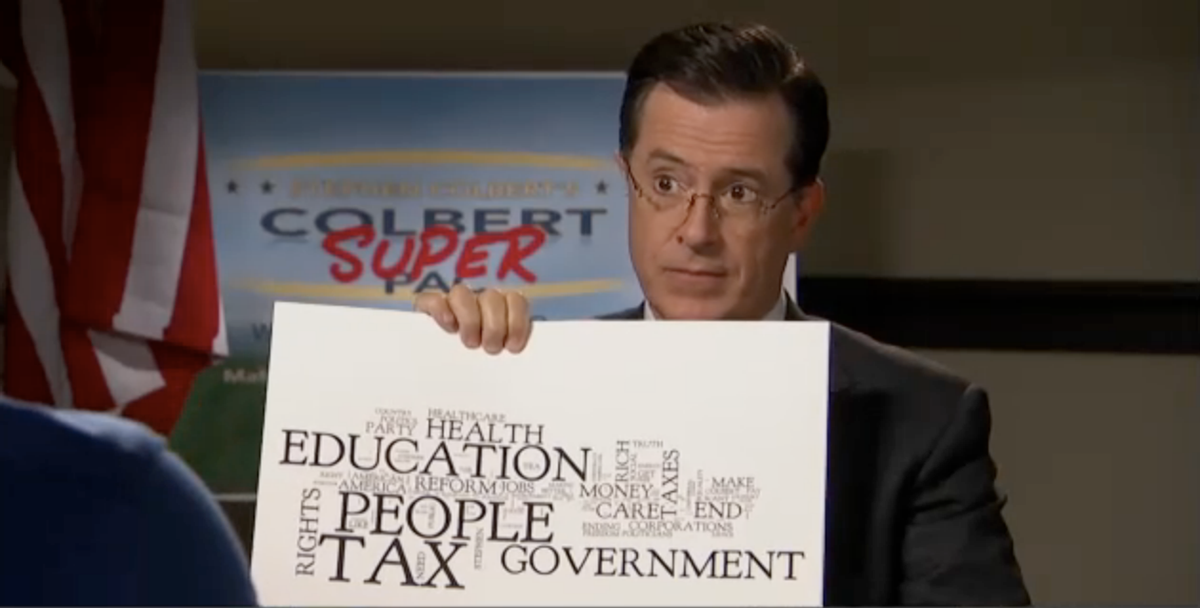 Stephen Colbert might have lost his Super PAC treasurer to the Rick Perry campaign, but he marches on regardless. On his show last night, the Comedy Central host unveiled a word cloud -- filled with submissions from more than 50,000 people -- representing the key campaign issues of his TV-viewing constituency. In order to distill those priorities into the perfect political ad, Colbert brought on GOP political operative Frank Luntz. Among the other lessons of the evening: how to appear (though not necessarily be) thoughtful and sympathetic.