UPDATED: Charles Koch answers us (and Warren Buffett) with an unequivocal no 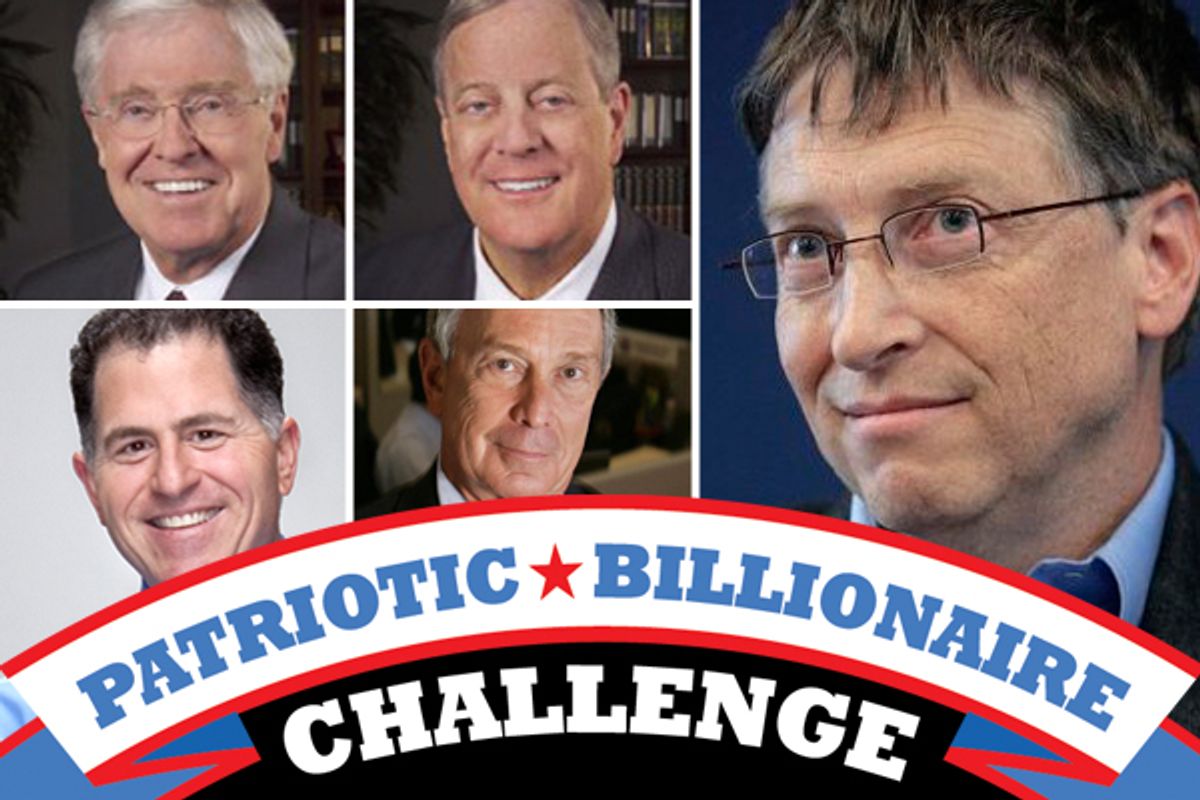 America's second-richest person -- billionaire investment oracle Warren Buffett -- caused a commotion on Monday when he argued that the "mega-rich" should pay higher taxes, pooh-poohing the argument that it would drive business out of the country. Buffett himself only surrendered 17.4 percent of his taxable income to the government last year -- a figure that lies toward the low end of the middle-class tax spectrum, and significantly below what upper-middle-class professionals pay. Buffett wrote:

"I know well many of the mega-rich and, by and large, they are very decent people. [...] Most wouldn't mind being told to pay more in taxes as well, particularly when so many of their fellow citizens are truly suffering."

Salon decided to put that idea to the test. We've contacted the other 19 wealthiest Americans -- based on the Forbes 400 list -- to ask if they would support paying higher federal income taxes. We quickly heard back from six, though only financier, philanthropist and Fox News target George Soros would say that, yes, he'd pay more (see his full statement below). We'll update this post (and alert readers through Twitter and Facebook) when we have new responses. And we hope others who have the opportunity will ask them, as well.

We've also had five people duck out with "no comments," but we're still hopeful they'll change their minds.

UPDATE (8/19/11): Charles Koch, chairman and CEO of Koch Industries, has issued a resounding, if expected, "No" on the issue of a tax increase: "Much of what the government spends money on does more harm than good; this is particularly true over the past several years with the massive uncontrolled increase in government spending." (See his full response below.)

Credit where credit's due, Koch is just the second billionaire to answer our challenge. A half-dozen others have balked on the issue, dispensing opaque "no comments," while other notables -- such as New York Mayor Michael Bloomberg, and Google's Larry Page and Sergey Brin -- so far remain mum. We'll keep updating the page as we hear back from more of the subjects.