What the weekend box-office numbers leave out

Film fans want to know who's up and who's down every Monday, but the revenue numbers never tell the whole story 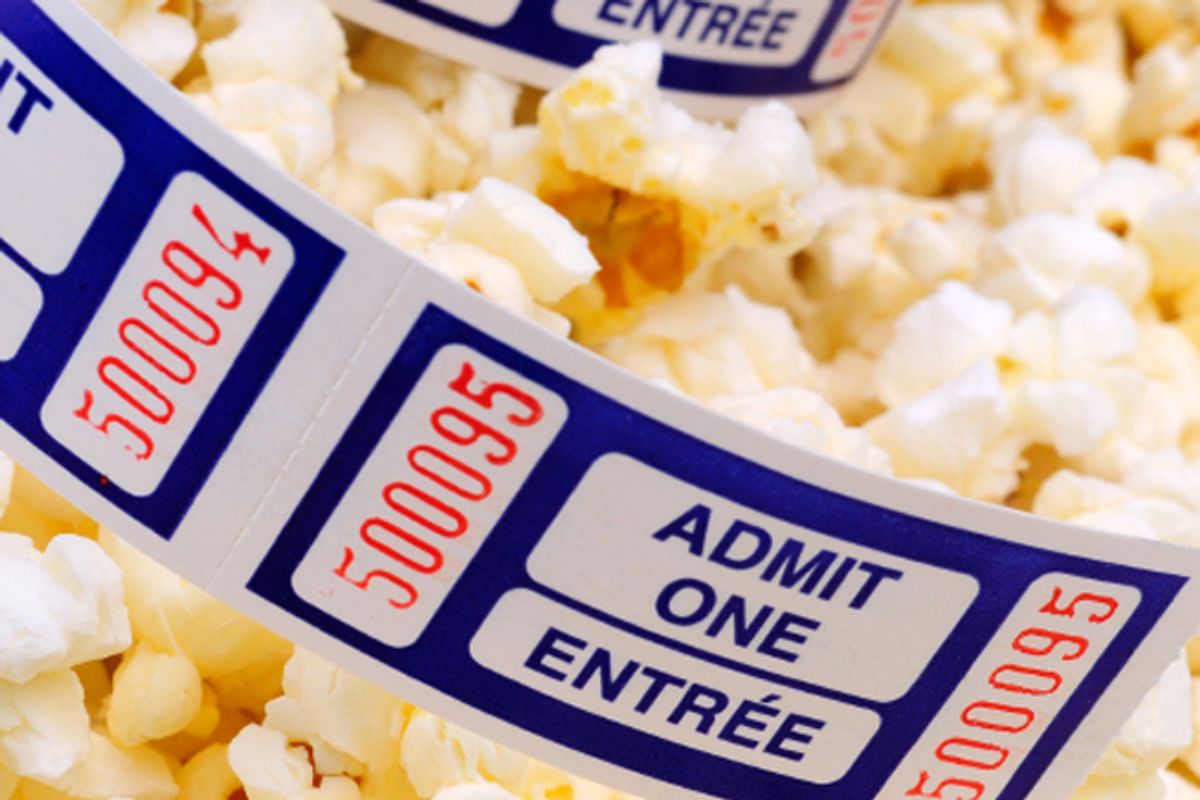 Movie obsessives study the weekend's box-office report the way baseball fans pore over the standings during a pennant race. Every Monday morning, the sales numbers are fuel for wild pop-culture extrapolations. Are superhero movies unstoppable or finished? Which star vehicle performed worse than expected? Whose career is on the rise? Do ticket buyers feel insulted if a movie is only available to them in 3-D?

But sometimes the numbers are misleading. Take last weekend, when "Glee" opened in 11th place, grossing just under $6 million. It would be easy to declare the movie a failure -- except the rankings don’t take into account the movie’s tiny $9.5 million budget, and (for example) the popularity its DVD version and soundtrack could potentially have in years to come.

No pundit has more control over the analysis than Paul Dergarabedian, the resident expert at Hollywood.com, who often parses box office figures for the Associated Press and the New York Times.

Curious as to why these numbers have the media clout they do -- and what they really mean (or don't mean) about the movies they describe -- Salon asked him for his take.

"You know what it is?" he begins, launching a discussion of box office figures' general appeal. "It's commerce tied to art. … There’s a way to quantify, to turn the whole thing into a horse race.”

But just as the political horse-race coverage is sometimes criticized for being myopic, there’s a danger in paying too much attention to these figures. After all, you’d miss all the good stuff if you limited your viewing to what hits the top of the charts. And these numbers, Dergarabedian says, can have a real effect on people's actions, inspiring them to flock to certain titles, and avoid others, based simply on first-weekend performance.

"It's a double-edged sword, you know. If it's reported that Harry Potter broke a record, that's great, because everybody wants to jump on that bandwagon ... [But] sometimes, if a movie underperforms, people react in the opposite way -- 'I was gonna see that, but it didn't do very well at the box office ...' -- which to me is sort of an anathema to how you should feel about movies.

“[People shouldn't think that] if it made money, it's good, and if it doesn't, it's bad. There are a lot of great movies that don't make a lot of money for whatever reason, but nonetheless, there's sort of a pack mentality as people read this stuff, where they want to see what the fuss is about."

Can a movie that does badly at the start make up for its poor opening through DVD sales, video rentals and the like? Dergarabedian says that although box office figures do affect marketing, and can be strong early indicators of a film's potential, they aren't the final word.

"Luckily for studios, the theatrical [opening] is sort of the first attack, and then there are a lot of sort of ancillary markets, like you mentioned: home video, Netflix, video on demand, [soundtrack]." Overseas markets play a significant role as well. Bad opening weekends are only really problematic for movies with enormous budgets -- like some of these infamous underperformers.

Some movies that perform poorly on their opening weekends can eventually break even through extra, non-cinema sales, but it doesn't often work the other way around, Dergarabedian says; early winners at the box office tend to see sustained sales, both in theaters and in these other markets, rather than radical dropoffs.

"Usually if a movie does well opening weekend or the first two weekends, it's pretty much set that it will have a successful life in the ancillary markets, because whatever inspired people to make it a hit in the first place will continue to hold that film in good stead over the coming weeks -- unless of course you have a movie that opens big and then drops 70 or 80 percent the second weekend, reflecting really bad word of mouth. Then you may have a tougher road down the line trying to be successful. ... But with Twitter and social networking platforms, it's really difficult to hide a bad movie now."