The botany of the bladderpod

A closer look at the hearty, fascinating California plant 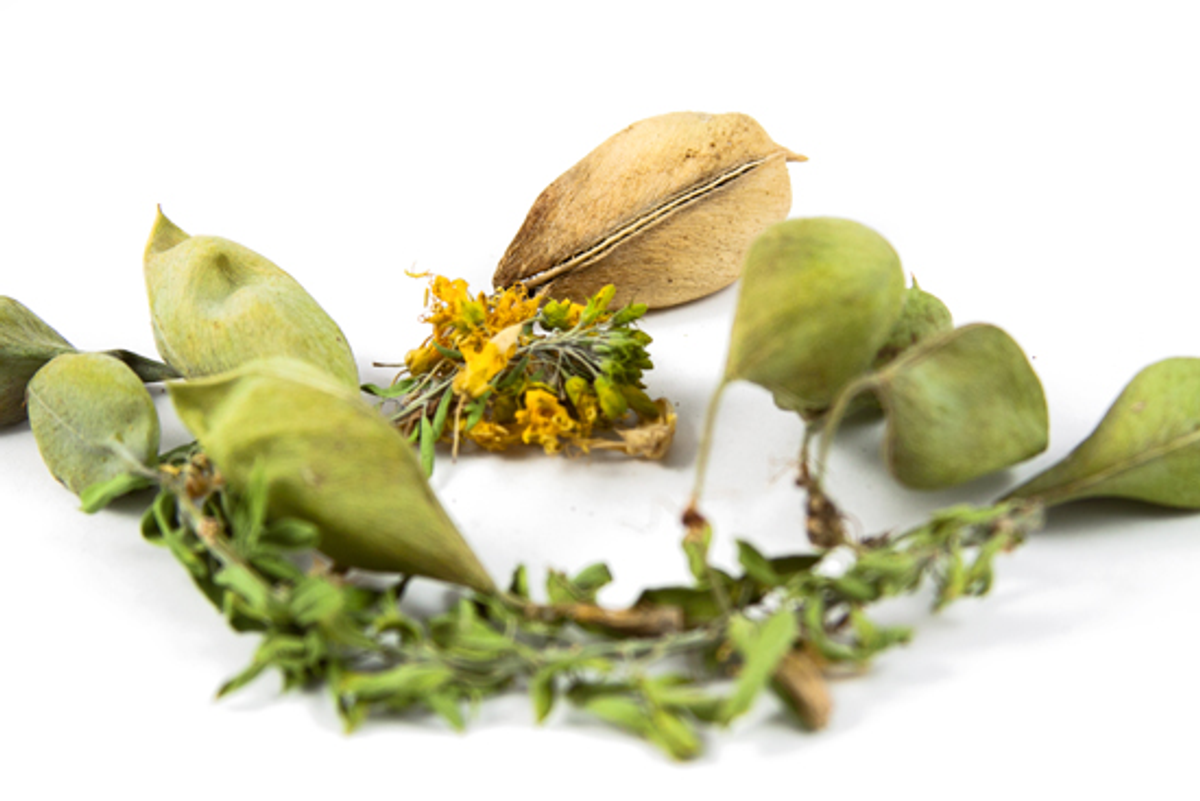 A true California native, the bladderpod (Isomeris arborea) lives comfortably in the desert and by the sea. It inhabits the sort of world traveled by the itinerants in Steinbeck's books: the parched highways and less-traveled coastal roads, the desolate bluffs and disturbed areas, from Monterey to Mexico. It is hearty and strong; it does best when resources are slim, and it is often the only blossom in a landscape of torched grey chaparral. It is a pretty plant -- with charming yellow blossoms and seed pods -- with a distinctly disagreeable smell, as if it has been traveling for too long in pursuit of the California coast.

However odorous and oddly downy its branches, the bladderpod is deaf to discouragement, and is a survivor -- it flowers year round. It's been around long enough to know that there really is no hard-knock life where the Pacific shores ease toward the American Dream -- as long as you've got the sun, and a few friends. Hummingbirds, bees, and butterflies are faithful to the bladderpod's signature yellow flowers and nectar, while the harlequin beetle (Murgantia histrionica) can live and die on its leaves and bud. Meanwhile, birds wait until the inflated seed pods tumble to the ground, rattling about with the weight of mature brown seeds. The seeds are picked up by birds, or they roll to an adjacent location to germinate. The seed pods drift away in the sea or wind.

And it is for these paper parcels that the bladderpod is named, and adored. While the flowers are pleasantly unremarkable, the fruits they will yield are unmistakable. The pods are large (about 2 inches long), light balloons, empty but for the seeds inside. The papery shell is thin and durable, with the texture of a soft, well-worn leather. Were the bladderpod not immobile, the pods would be perfect for travel. Designed with the pendulous form of an itinerant's handkerchief satchel, the pods hang at the tips of branches that wave and rattle with the traveling wind. The bladderpod hangs onto them tightly, until the seeds are ready for their own journey.

The pods turn from green to yellow and brown as the seeds develop -- a chromatic shift that has been studied by botanists. It seems that the young balloons -- being green and hollow -- have evolved to photosynthesize inside the chamber, providing necessary CO2 for the new seeds. Later stages of growth occur in a brown-hued pod (with, therefore, no internal photosynthesis). That's all to say, the colors are designed to correspond with the seed's growth: it all "shifts the CO2 balance of the fruit from positive, in young fruits, to negative in mature fruits" ("Photosynthesis by inflated pods of a desert shrub, Isomeris arborea" Oecologia 85:396-402. Hoffmann, A. J., and M. C. Alliende. 1991). Flowing, then ebbing as the seeds require, the bladderpod's balloons take on this resource-heavy burden of nurturing the seeds, a design that works particularly well for a plant whose character is defined by bountiful fruit, and poor soil.

The bladderpod has passed initiation into urban areas -- drought tolerant plants are de rigueur in Southern California, and the Hollywood Hills Neighborhood Council has encouraged gardeners to plant the Los Angeles County Fire-approved yellow flowering bush -- but so far it seems to have dismissed invitations into cultivated gardens, in favor of its less hospitable desert and seaside soils. At least I haven't seen it in flowerbed rows; instead, I found my bladderpod specimens in rocky shelters by the Pacific Coast Highway. They lurk at the fringe of the beach, where the sand meets rock and few beachcombers wander. From a high perch, the bladderpods had a good view and the occasional salty sea spray, as they waved their arms and carried their seeds in their leathery pouches.

Scenes from the bladderpod's habitat, along the Pacific Coast Highway.

Scenes from the bladderpod's habitat, along the Pacific Coast Highway.

All photographs by the author