Why do vegetarian products glorify meat?

When my son asks about why we don't eat meat, I'll blame Tofurky and veggie bacon 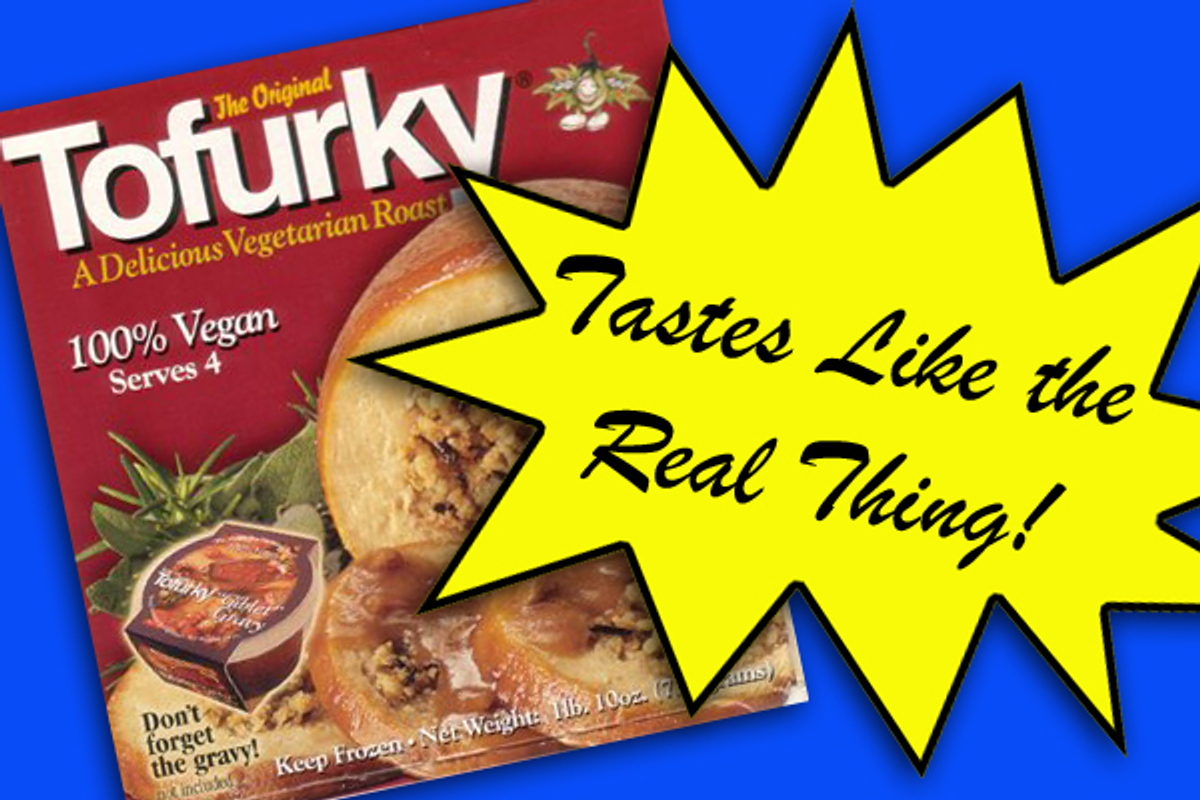 As a new father who (ages ago) did a short stint as a press secretary, I'm already thinking ahead to the questions my son will throw at me. Yes, I know 8-month-old Isaac can't even say "Dad" yet, but these questions are coming, and I'm sure they're going to be way tougher than the ones reporters usually lob at Washington politicians. (OK, in the current age of media obsequiousness, that's not saying much.)

So I'm planning for answers -- and, as any press secretary knows, that requires thinking about what evokes the queries in the first place.

The toy pistol question, for instance -- Isaac will see a friend with a cap gun and ask why he can't have one. (Answer: Devices that kill people shouldn't be the basis for playthings.) The tackle-football question -- he'll ask me why I don't want him to play. (Answer: because football can cause long-term brain damage.) The existential questions about God and life and death -- ugh, I don't want to even begin thinking about those.

But before any of these inquiries are but a twinkle in Isaac's eye, I know I'm going to face an interrogation about vegetarianism. At some point soon, he'll ask why our family doesn't eat this stuff called "meat" that's everywhere.

I have my substantive answers already lined up, so I'm not worried about what I'll tell him. (We don't eat meat because it's unhealthy, environmentally irresponsible, expensive and inhumane.) With this question, I'm more concerned about the prompting. Why is he almost certainly going to ask at such an early age?

I think I know the answer -- and it's not the ad campaigns that make meat seem like a rational choice ("Beef: It's What's for Dinner"), a healthy alternative food ("Pork: The Other White Meat") or a compassionate cuisine decision (Chik-fil-A's billboards, which show a cow begging you to spare his life by choosing chicken). No, Isaac's going to have questions because of the grocery -- more specifically, because of the vegetarian aisle that subliminally glorifies meat-eating.

I realize that sounds like an oxymoron, but the next time you go shopping, imagine what a kid gleans from veggie burgers, veggie bacon, veggie sausage patties, veggie hot dogs, Tofurky and all the other similar fare that defines a modern plant-based diet. While none of it contains meat, it's all marketed as emulating meat. In advertising terms, that's the "unique selling proposition" -- to give you the epicurean benefits of meat without any of meat's downsides.

Obviously, this isn't some conspiracy whereby powerful meat companies are deliberately trying to bring vegetarians into the megachurch of flesh eaters. If anything, it's the opposite: It's the vegetarian industry selling itself to meat eaters by suggesting that its products aren't actually all that different from meat. The problem is how that message, like so many others in American culture, reinforces the wrongheaded notion that our diet should be fundamentally based on meat.

That message will undoubtedly inform Isaac's early curiosity -- and maybe his questions won't be such a bad thing. Maybe they'll motivate me to spend more time in the supermarket's raw produce section, and maybe my ensuing discussion with Isaac will help him better understand why our family has made this culinary choice.

However, that doesn't mean the subtle propaganda won't ultimately win out, thus adding another carnivore to a destructively meat-centric society.