GOP: No tax hikes -- except for the poor

The new Republican line: Workers should pay more, while the rich pay less 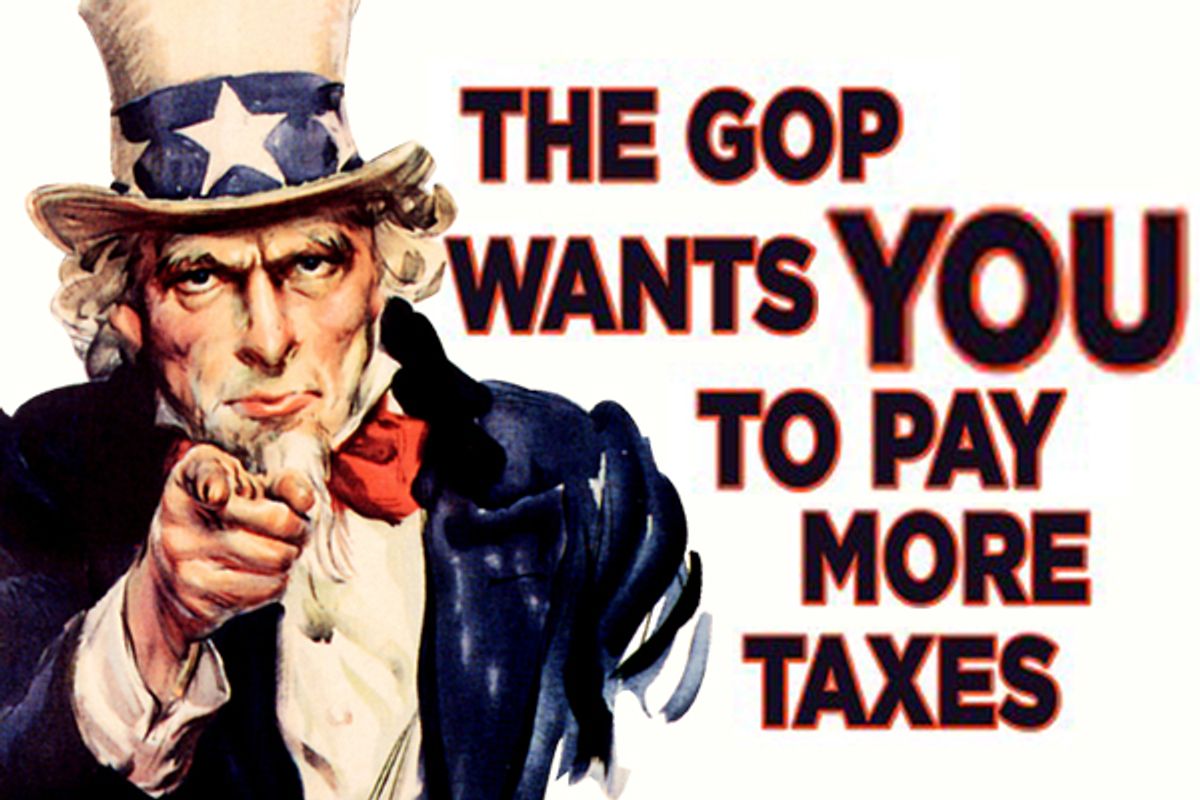 How does the Republican Party continue to win elections? The Associated Press is reporting that GOP legislators are opposing the extension of a payroll tax cut that will expire on Jan. 1. The clear, unavoidable message: Americans workers should pay more taxes, while the rich should pay less.

That's not a joke, and it's not an Onion headline. The very same Republicans who have fought tooth-and-nail to keep George W. Bush's tax cuts for the wealthy from expiring are now in favor of doing away with a tax cut that will primarily hit wage-earners -- people who actually have to work for a living, people who are struggling to pay their mortgages and wincing every time they fill up their gas tank.

There's not even any attempt to hide the hypocrisy.

"It's always a net positive to let taxpayers keep more of what they earn," says Rep. Jeb Hensarling, "but not all tax relief is created equal for the purposes of helping to get the economy moving again." The Texas lawmaker is on the House GOP leadership team.

The theoretical basis for this argument, such as it is, is based on the assumption that keeping taxes low on the "job-creators" -- the rich, and corporations -- will spur investment and hiring. The empirical evidence for this theory has always been slim -- some of the strongest economic growth rates of the last century in the United States occurred when taxes on the wealthy were at their highest rates -- but it's particularly absurd right now, after two years in which corporate profits have been high, taxes have been low, and employment growth has been paltry.

On the other hand, there's little doubt that raising taxes on American workers during a slow economy will further depress consumer demand -- which is exactly the wrong way to spur economic growth. It's so wrong, in fact, that the suspicion that such tactics are being excuted on purpose is spreading beyond the usual liberal suspects.

Our political system is so dysfunctional, however, that Republicans may fail to support effective tax cuts precisely because a Democratic President regards them as important for economic growth.