Should doctors treat loved ones?

In film, doctors are often in a race-against-time to save family members. In life, it's a lot more problematic 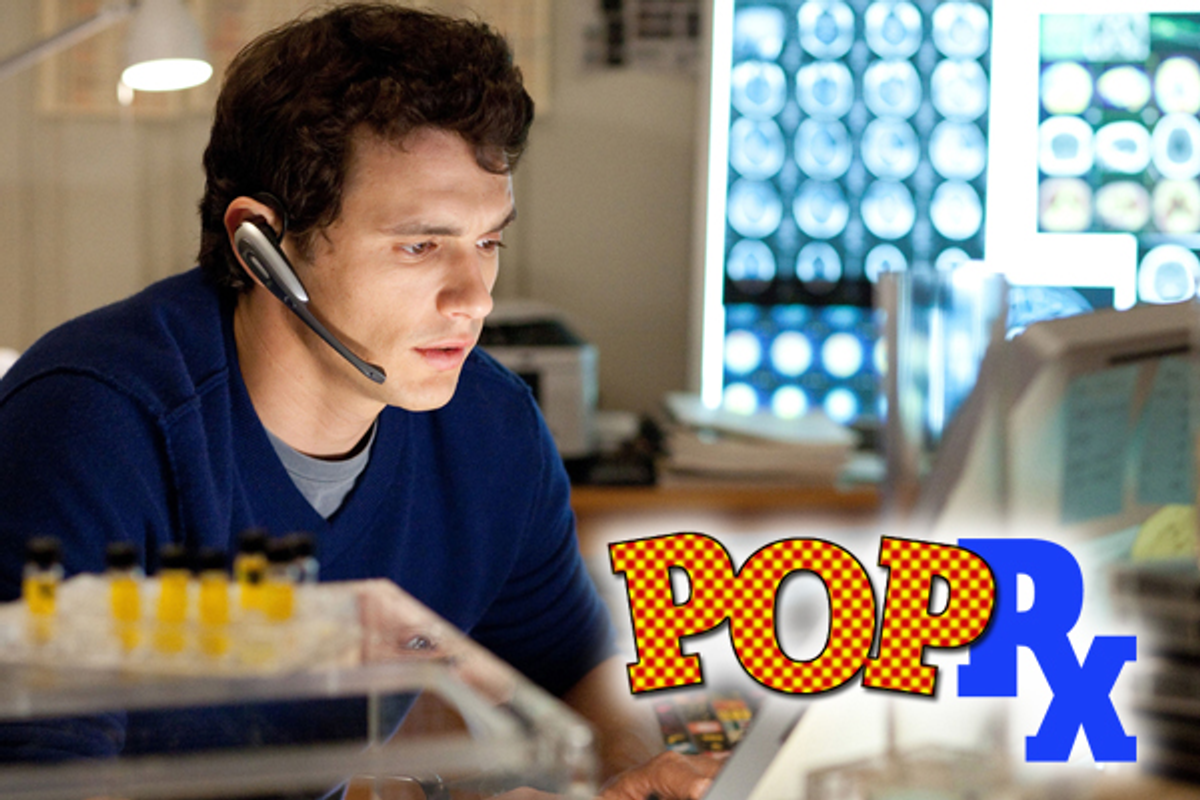 Like many sci-fi films, "The Rise of the Planet of the Apes" stirs up a host of medical and moral issues. The plot kicks into overdrive after a chimpanzee Caesar is given a fictional drug that makes him the smartest Simian on Earth. Regular readers of this column will make the connection to neuro-enhancement drugs like Provigil and Ritalin designed to boost people's brainpower and awareness.

But, as a doctor, I was struck by a more subtle medical conundrum. Toward the beginning of the movie, scientist Will Rodman (James Franco) injects his Alzheimer's-stricken father (John Lithgow) with the same drug he gave Caesar. In the following scene, Lithgow's character recovers the memories and mental capacity he lost to dementia. That particular plot point raises a question we as physicians often face: Should doctors treat their own family and friends?

The practice is officially frowned upon. Most medical associations and many state boards consider caring for relatives or friends to be a form of professional misconduct. Insurers don't support the practice either: To curb fraud, Medicare stopped reimbursing doctors for treating family members nearly two decades ago, and Blue Cross hasn't paid doctors for taking care of relatives since 1976. And legal issues abound: Physicians can be liable for off-the-cuff diagnoses made at the bequest of family or friends. In 1990, a Chicago doctor was tried for murder after his wife died from complications from liposuction.

But these guidelines and legal ramifications do little to deter us from becoming, literally, the doctor in the house. In 1991, the New England Journal of Medicine published one of the few studies of this practice. It found that 99 percent of surveyed physicians admitted to providing medical care for a family member. Eighty-three percent of physicians had prescribed medication, 80 percent had diagnosed medical illnesses, 72 percent had performed physical examinations and 15 percent had acted as a family member's primary doctor. And we're not just talking about treatment of minor scrapes and sniffles: 9 percent of doctors in the study had actually performed surgery on a family member. Others had diagnosed cancer, strokes and other serious illnesses for their relatives. This physician tendency to care aggressively for relatives is echoed by Will Rodman's behavior in the latest "Apes" film: The drug he gives his father is experimental and hasn't been approved for human trials.

Dispensing advice to friends and family begins as early as medical school, but the breadth and depth of our involvement grows rapidly. In my own career I've given my wife flu vaccines, prescribed steroid ointments for my father, and birth control pills for my cousin. I diagnosed a subtle wrist fracture in my neighbor's kid and signed a health form over my backyard fence to give another neighbor's son permission to play basketball (I asked the parents to let me review his chart before I put pen to paper).

It's hard to turn down a friend or relative asking for basic medical advice, and many physicians (myself included) enjoy this sense of giving something back to our families and communities. But issues arise when we treat people with whom we have personal relationships. For one thing, many such requests often deal with issues outside our area of expertise. As a pediatrician, I don't always feel qualified to answer questions about adult medical matters.

Even more problematic is our loss of objectivity. Given the added emotional anxiety of caring for a family member, the first diagnosis that pops into my mind when I'm treating a relative is often the worst. Case in point: At 9 months old, my oldest daughter began intermittently vomiting for a few days. Her pediatrician would likely have examined her and told us she had a case of the stomach flu. I, on the other hand, convinced myself she had developed type 1 diabetes or a urinary tract infection. A day or so later, our daughter was back to her usual rambunctious self, but not before I'd ordered costly blood work, and attempted to collect a urine sample using a plastic bag (which you stick to a child's genitalia) rather than a catheter (which is standard practice for infants). No studies have compared the cost and quality of healthcare doctors give to their patients versus their loved ones and neighbors. But if my experience is any guide, we're likely to give our loved ones costlier but shabbier care.

These sorts of personal consultations can complicate care for patients as well. Once, the parents of a 7-year-old patient of mine came to see me. Their daughter had developed a fairly serious condition, and they'd been consulting a family friend who was an adult specialist over the phone. True to form, he had suggested a whole battery of tests, including an ultrasound. Based on the child's story, the diagnosis was pretty clear, and it only required a urine sample and a few blood tests, certainly not a high tech, expensive scan. The parents later told me that their doctor friend had ordered the ultrasound himself. I didn't want to put the child in the middle of a medical turf war, so I didn't try to talk them out of it. What bothered me most was that the physician who ordered the test didn't bother to tell me what the results were (I dug them up on my own). And it easily could have put our patient at risk, had the other physician prescribed medication without my knowledge or needlessly subjected her to radiation from a CT scan.

There are exceptions, like actual emergencies, but as a rule we doctors need to get better at saying no when it comes to treating our friends and loved ones. And it can certainly help to be a medical expert when you're translating medical information and advocating for a loved one or friend. But boundaries are important. The aggressive urge to ensure that our loved ones are getting the very best, most medically advanced care often ends up doing more harm than good: In "The Rise of the Planet of the Apes," Will's father eventually begins to experience unexpected side effects from his son's miracle drug, and his Alzheimer's returns.

Now, when I get casual questions from friends and family, I try to stick to general advice and then recommend they visit their own doctor. In our prescription and test-driven healthcare system, the last thing we need is to be encouraging costlier, less effective care.

Editor's Picks Poprx Rise Of The Planet Of The Apes Science