"Alcohol was present" in soul singer's system when she died; inquest will begin in October 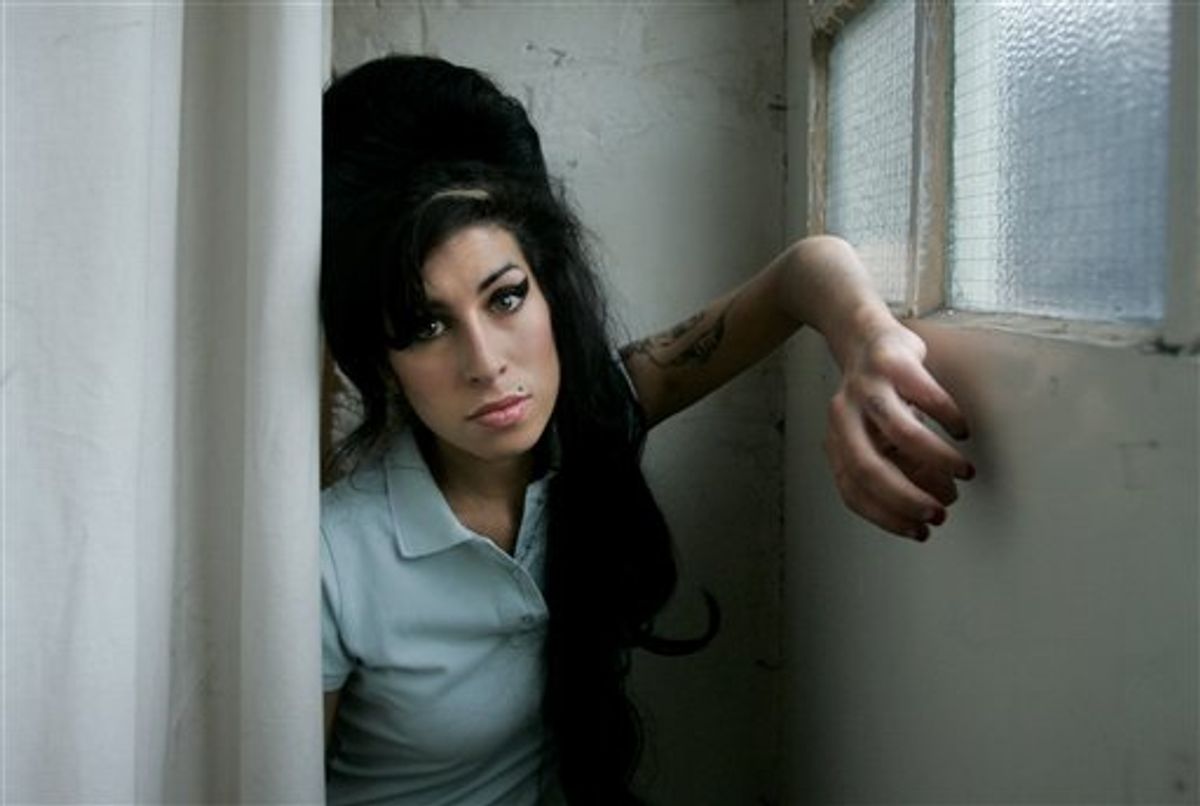 Amy Winehouse had no illegal drugs in her system when she died, and it is still unclear what killed the singer, her family said Tuesday.

The family said in a statement that toxicology tests showed "alcohol was present," but it hasn't yet been determined if it contributed to her death.

The 27-year-old soul diva, who had battled drug and alcohol addiction for years, was found dead in her London home on July 23, and an initial post-mortem failed to determine the cause of death.

A statement released by spokesman Chris Goodman on the family's behalf said "toxicology results returned to the Winehouse family by authorities have confirmed that there were no illegal substances in Amy's system at the time of her death."

It said the family awaited the outcome of an inquest that is due to begin in October.

Winehouse's father, Mitch, has said his daughter had beaten her drug dependency three years before her death, but he admitted she was still struggling to control her drinking after several weeks of abstinence.

Mitch Winehouse told mourners at the singer's July 26 funeral that she had said to him, "'Dad I've had enough of drinking, I can't stand the look on your and the family's faces anymore.'"

The Winehouse family announced plans to establish a charitable foundation in the singer's name to help people struggling with addiction -- although Mitch Winehouse has said the plans are on hold because someone else had registered the name Amy Winehouse Foundation.