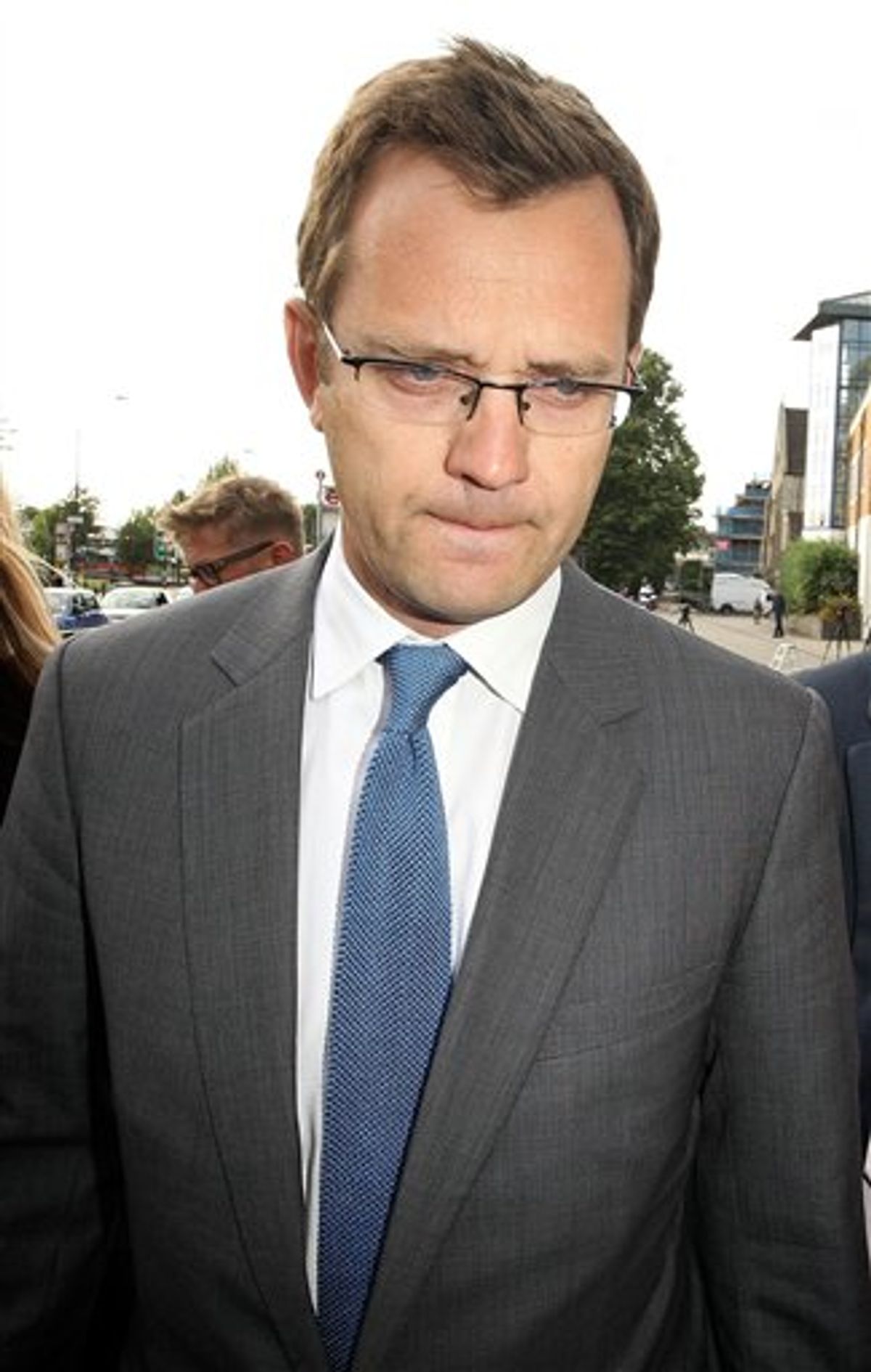 July 8 2011 photo of former Downing Street communications chief and previously News of the World tabloid editor Andy Coulson who avoided the top-level security checks by Government investigators that his predecessors endured, it has been claimed Thursday July 21, 2011. Britain's Prime Minister David Cameron admitted Wednesday that his former media strategist, now arrested under suspicion of phone hacking while at the paper, had only a basic level of vetting, which meant he was not cleared to view the most secret Government files unlike his predecessors under former Prime Ministers. Opposition lawmakers ask if he was vetted at a less stringent level to avoid information about his past coming to light. (AP Photo/ Dominic Lipinski / PA ) UNITED KINGDOM OUT - NO SALES - NO ARCHIVES (AP)
--

The former editor of the News of the World received payments and benefits from the newspaper while working as an aide to Conservative leader David Cameron, the BBC reported Tuesday.

Andy Coulson resigned from the now-defunct tabloid early in 2007 after a reporter and a private investigator were jailed for hacking into the voicemails of royal staff.

Six months later he was hired as communications chief to Cameron, then Britain's opposition leader. Cameron became prime minister in May 2010.

The BBC, without giving its source, reported that Coulson continued to receive severance pay amounting to several hundred thousand dollars from the paper until the end of 2007, and also kept his health care plan and company car.

Coulson denied knowing about phone hacking, but resigned from Downing St. in January after police reopened their inquiry into wrongdoing at the paper.

Last month he was arrested and questioned by detectives investigating allegations the Rupert Murdoch-owned newspaper illegally eavesdropped on the voicemail messages of celebrities, politicians and even murder victims.

The new allegation appears to contradict evidence Coulson gave to Parliament in July 2009, when he said he received no other income after being hired by Cameron.

Labour lawmaker Tom Watson told the BBC he would ask the Electoral Commission to investigate whether the payments constituted a hidden political donation, which would violate electoral laws.

The newspaper's parent company, News International, said it would not comment on individuals' financial arrangements.